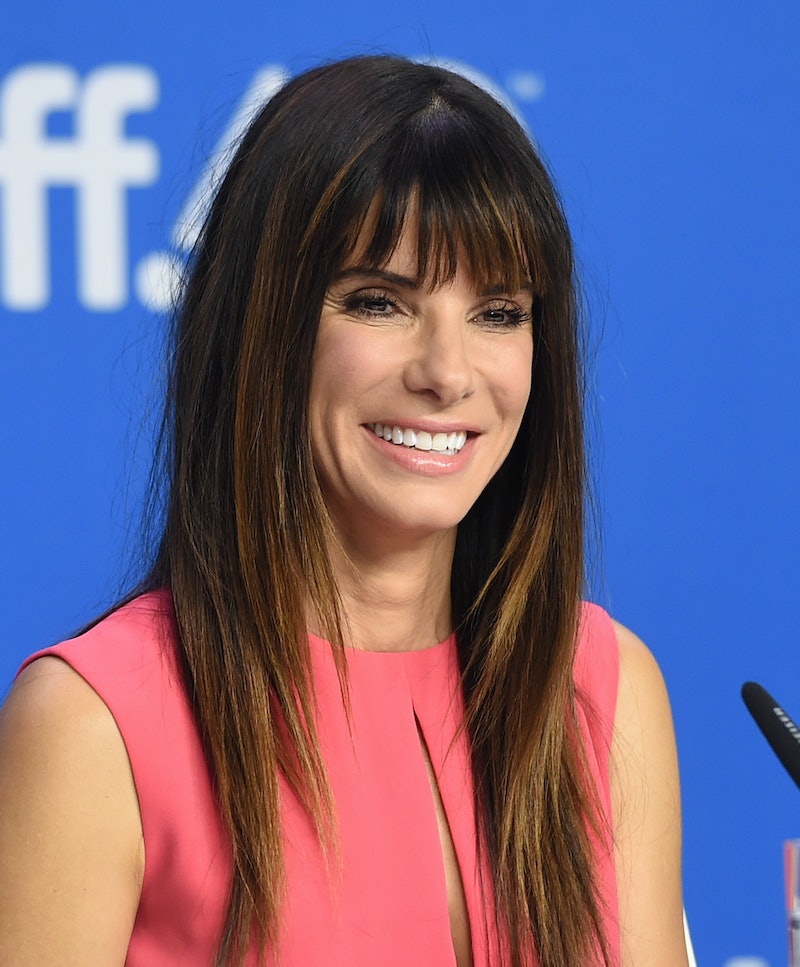 Well, it looks like Sandra Bullock is taking her relationship with her rumored boyfriend to the next level. According to Us Weekly, Sandra Bullock and Bryan Randall are living together after less than a year of dating. Per a source, it appears Randall "has moved into Sandra's house." The same source also revealed that the 49-year-old photographer "still has his place," but that isn't stopping him from supposedly moving into the Oscar-winning actress' seven-bedroom, 8,000-square-foot Beverly Hills home.

Seeing as both are seemingly "total homebodies," as the source told Us, it makes sense why Randall might be living with Bullock. This way, they can relax, hang with the actress' son Louis, avoid the paparazzi, and keep their relationship somewhat private. In early September, rumors started circulating about Bullock and Randall dating. It seems they met after the 51-year-old actress hired Randall to photograph Louis' fifth birthday party. Apparently, they've been together ever since.

So much so, that they might be living together. If true, this just goes to show how serious of a couple they are. From my experience and understanding, no one moves in with their significant other unless they are super serious about that person and possibly even see a future with them. Unless, you're Phoebe on Friends. Remember how she tried to avoid moving in with Gary the cop? Yeah, that didn't work out as she expected. Not only did she eventually move in with him, but he ended up shooting a bird the morning after she decided to live with him.

Yeah, I'm sure Bullock and Randall's experience living together will be nothing like that.

More like this
Sandra Bullock, Girlboss Extraordinaire
By Matt Harkins & Viviana Olen
Is Megan Fox Pregnant? MGK Gave A Shout-Out To Their “Unborn Child” Onstage
By Hugh McIntyre
Sasha Lane’s Greatest Love Of All Is Her Daughter
By Sophie McEvoy
Kelly Osbourne Found Love In Her Best Friend & Now They're Expecting
By Vivian Iroanya and Rachel Mantock
Get Even More From Bustle — Sign Up For The Newsletter