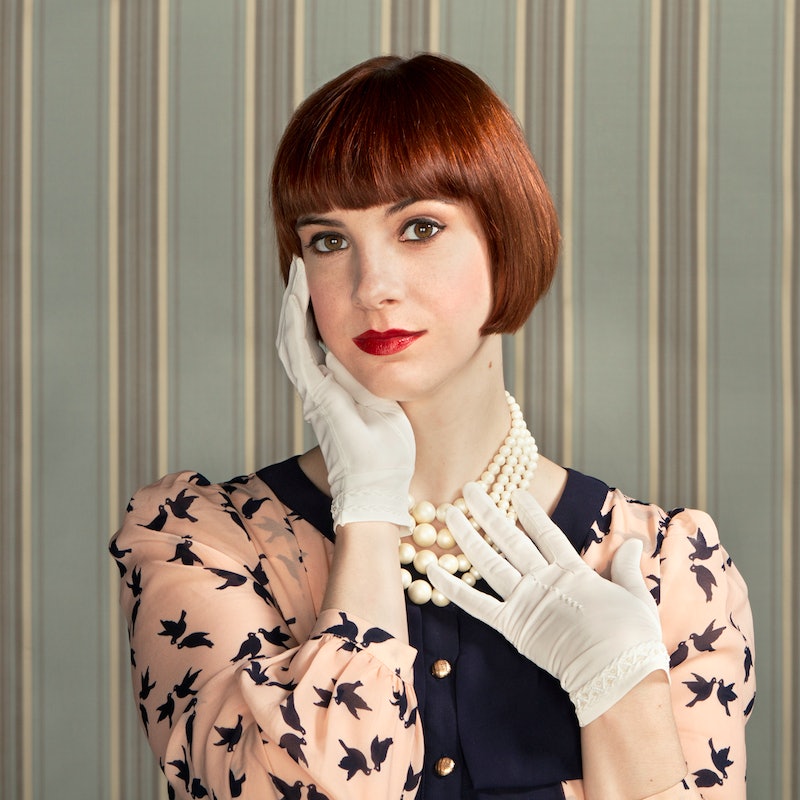 Give or take a billion years ago, when I was 21, I got into my third significant LTR. The guy was 25 (so old!) and cute in a hipster-y, scruffy, art student kind of way. As is custom in the land of promiscuity and loose morals (aka Montreal) we slept together right away. And, given that I was tipsy (drunk) and didn’t care that much (insecure), when he asked me after about 10-ish minutes of missionary whether I had had an orgasm, I lied and said yes. It was already a bit awkward to have someone I hardly knew all up in my junk and even though I knew what would make me come (oral sex) I didn’t want to complicate our romantic evening of beers and medium-good small talk. Also, to be honest, whenever I slept with a guy for the first time and he didn’t automatically go down on me, I would wonder what was wrong with him. Like, he’s been in a five-year relationship, did his ex-gf just hate getting head? Is he just being lazy with me because this is potentially a one-night stand? Oh man, maybe all the women he’s ever been with have been faking orgasms the whole time and he has no idea and no way do I want to be the person to break that news to him. Also, five beers, zzzz.

Anyway, as luck would have it, this guy and I ended up in a two-ish year relationship. And, somehow, for the first year of this relationship, I faked every single “orgasm” I had with him. Notice the passive language I’m using? “Ended up” and “somehow” are expressions you use when you’re denying your involvement in the things that “just happen to happen” to you in your life. Guys, I’m smart, I was 21, but there were lots of reasons why I dated this guy (loneliness, regular sex, to silence that gnawing feeling inside) but I’ll bore you (move you to tears) with that little case study in a much more heart-wrenching post.

I Was Spreading Misinformation

What I’m saying is this that even though, I still kinda think this guy should have tried to go down on me on the first night, it’s not really his fault after I falsified information and ultimately took a year to get up the guts to tell him what I really wanted in bed.

This is why communication from the get-go is so important, and you know, maybe not sleeping with someone if you don’t think you’re confident enough to tell them what you really want.

I mean, I felt like a bad feminist. Like I was spreading misinformation. Like I was part of a legacy of women who faked it and were therefore doing a disservice to all womankind. I was my own worst enemy, and “the enemy,” and honestly, I think I hated myself for it a little. Here I was reading all about women’s sexual empowerment and yet, I had dug myself into an orgasm-less hole and it was my fault. One thing that did help during this time was reading a book called Jane Sexes it Up. In the forward, the editor talks about writing a letter to her boyfriend, confessing to the fact that she’s not really coming when they have sex. It was the first thing I had ever read that didn’t simply assume the equation: no knowledge of clit = Not enjoying sex. Getting yourself off was one thing but getting off with another person was something else entirely. You could be a clit-loving feminist and still have trouble communicating your needs with your partner. At least me and this one other woman were not alone.

The Self-Blame And Shame

And, you know, I was not about to write a letter confessing my lie to my “decent human being” but commitment-phobic bf. I don’t remember whether I explicitly thought he would dump me but I was pretty intent at that point on not rocking the boat. (Insert little man in the boat not getting rocked pun here).

Oh, and if you’re wondering why I did just reach down during sex and manually get myself off, well, I’m sorry to say I need something stronger than my fingers to get the job done. I’m a vibrator-loving gal, and no, there was no way I was going to introduce that kind of awkward buzzing and noise into my already awkward relationship. I know, I was disappointed in myself too. Self-blame and shame and what feminists call cognitive dissonance was definitely playing a big part in my decision making. Barf.

So basically, I was starting to think I would be living an orgasm-free life for the next five years to life (give or take) the same way gluten-free folks just say no to sweet, sweet pasta while a little part of them shrivels up and dies inside.

Then something miraculous started happening: my long-abstaining bf started going down on me! And, he was good at it. And, somehow, once he was down there, it was actually a lot easier for me to tell him what to do. I mean, sometimes half the battle is just knowing he doesn’t find your privates off-putting. I know, I know, bad feminist.

And that was when it struck me. This Is How He Feels Every. Single. Time. We. Have. Sex.

Guys, up until that point, I just, I did not have the experience to understand such a miraculous thing until it started happening to me. And, of course I was jealous of all his past orgasms. I enjoyed sex but I had never enjoyed it this much! I was getting myself off solo, but it was different and fun with another person.

There I was, using sex primarily to get my emotional needs met (they were not) and kind of missing out on one of the whole points of you know, doing it.

Like, there was a whole rush of lovely brain chemicals and muscle contractions that I was just not privy to up until that point. And, of course, the shared experience of feeling that good together.

I’m happy to report that after this major revelation, me and BF never went back to just sex without a little downtown action first. I can’t help but think that on some level he realized that I hadn’t been coming in the beginning and that was why he kept it up. Also, I can only assume he enjoyed eating me out. But we never talked about it and our relationship ended a year later with the same confusion and emotional upheaval (mine) with which it began.

So, this is the cheeky version I tell to people when I have a little too much wine at parties (two glasses, and yes I know I’m a serious person). But, honestly, if this story can help someone feel better about faking an orgasm due to insecurity or help push you to be more honest than you have been the first, second or zillionth time you’re in bed with someone, that would be the best thing ever. As a result of this experience and others I am now a full-on equal opportunity orgasm enthusiast. Not only will it help you sleep better, it just might change the way you view sex, and hopefully, yourself.

More like this
Long Live Bennifer!
By Allie Jones
Yomi Adegoke On The Offline Diaries & The Power Of Representation
By Jessica Morgan
Why The '365 Days' Sex Scenes Are Good, Even If The Movies Aren’t
By Arya Roshanian
The Music Industry Continues To Fail Black Women
By Precious Adesina
Get Even More From Bustle — Sign Up For The Newsletter