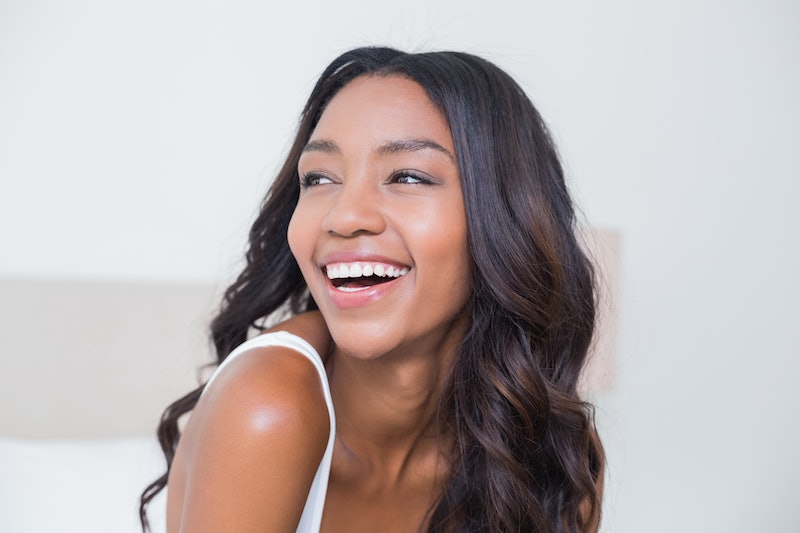 But as much as orgasms are fun, feel better than probably anything in the world, and all but perform miracles in regards to our health, having frequent orgasms takes all that good stuff and amps it up. While the occasional orgasm is indeed great for you, it’s women who orgasm regularly who really get to reap the benefits. Their entire bodies become stronger, more able to stave off pain, and can even make her (and guys too!) live longer. There are aren't any downsides to having orgasms; in fact, you only have positive things to gain from getting your orgasm on and as often as possible.

No matter how you go about getting your orgasm or how often you get them, you can always step things up a bit ― and your body will thank you for it. Here are nine things that happen to your body when you’re having orgasms on the reg.

1. You Have Less Headaches

You know how there’s the whole, “I can’t have sex. I have a headache,” thing? Well, a 2013 study by the University of Munster in Germany found that orgasms help in getting rid of headaches, even migraines. Of the participants in the study, 43 percent reported that right after an orgasm their migraines greatly improved and 18 percent said their orgasms were gone the second they climaxed. What this means is that the more orgasms you have the fewer headaches and even dreaded migraines you’ll have to endure.

2. You’re Better Able To Cope With All Sorts Of Pain

Because with each and every orgasm we experience, oxytocin is released into your body and gets our endorphins going, the more orgasms you have the more likely you are to manage chronic pain issues ― even arthritis! No amount of aspirin can do dull your pain quite like an orgasm.

3. You Can Fight Off Illnesses Better

Once again, we can thank the hormones that are released for this one. Studies have found that regular orgasms ― even just a couple times a week ― can boost your immune system by up to 20 percent. What that means is that while your friends are lining up to get their cold and flu shots this winter, you can be at home just having another orgasm instead.

4. Your Period Will Finally Get On Track

A study by Columbia and Stanford universities found that women who orgasm regularly have more regulated menstrual cycles. When we orgasm our pelvic region becomes engorged with blood, healthy blood filled with nutrients that can keep both keep our periods on track or help regulate ones that tend to be rogue.

Aren’t we all looking for the fountain of youth? YES! But a way more fun (and less expensive) way to look younger is by having regular orgasms. According to a 10-year-long research, those who orgasm more look at least seven years younger than they actually are. Although scientists aren’t exactly sure why this is the case, the lead researcher of the study assumes that orgasms release a human growth hormone which make the skin far more elastic and willing to withstand the wrinkles of time.

A 2013 study found that orgasms are even better for your brain than doing word puzzles. I’m not kidding. Researchers at Rutgers found, through the use of an fMRI, that when a woman orgasms her brain activity goes wild thanks to the oxygenation and nutrients that rush to the brain along with all that blood. Basically, you'll become a damn genius with the more orgasms you have.

With the release of oxytocin from an orgasm, your body goes into relaxation mode. The more orgasms you have, the more likely you are to keep your cool when you’re stressed and not crumble under the weight of anxiety.

9. Your Body Will Be In It For The Long Haul

Multiple studies over the last few decades have found that women who experience more orgasms live longer than those who do not. A tally of death certificates of women from a study back in 1941 found that women who had orgasms frequently lived far longer than women of their own age who didn’t have sexually satisfying lives. So... go have an orgasm, now.

Want more of Bustle's Sex and Relationships coverage? Check out our video on positions to make him last longer in bed.