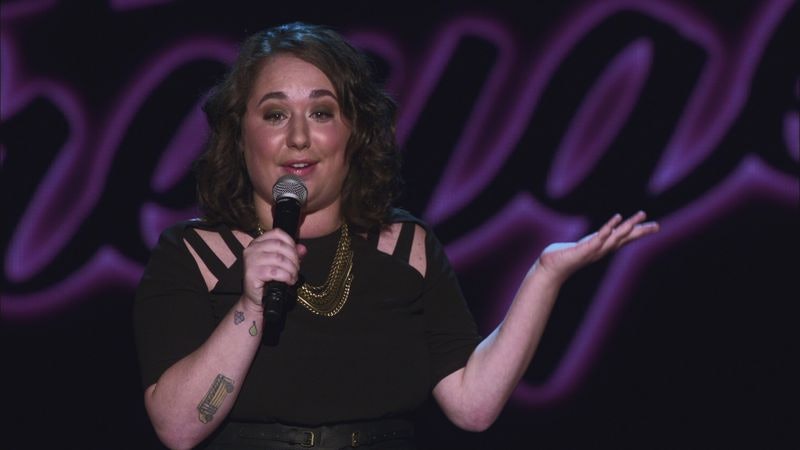 Five minutes into my conversation with comedian Liza Treyger, we are talking about bad sex: "It's just so wild to me how many of my friends will talk and say 'I had sex last night... it was alright." Let's be honest: "Alright" sex isn't exactly the kind you want to dish about at brunch. It's just depressing — and, sadly, pretty prevalent, according to Treyger. "I have all of these women in my life who are badasses, that are successful, powerful, confident women, that are just having not good sex."

Of course, at its core, bad sex really comes down to more than sex — it's gender inequality, too. Specifically, it's that guys are taught that sex is awesome, while women are taught to only swipe their V card to the right guy. It's a topic that Treyger says she has been passionate about since college: "In college, one of my papers was on virginity and abstinence education and sex ed... Something that's taught a lot is 'Oh, you need to love someone [to have sex],' ... and that's a way for men to also manipulate young [women,] because it's like 'If you loved me, you would do this...'"

Treyger has a different approach: one that levels the playing field so both men and women can get what they deserve in bed. "You should [have sex with someone] who wants to make you feel good, that's what it should be. You shouldn't be saving it for someone else or something that's bigger than you. You should be feeling good and you should be enjoying sex."

Treyger knows how common it is for women to feel like they can't communicate during sex, or that they're not having sex to enjoy it themselves:

"I know I had a lot of trouble with it, especially when I was younger and [having sex and feeling like], well, why was I even there?... I think it's so [messed up] that we don't teach girls that sex is for you, as well. It's not something you have to say no to all the time, like you're some sort of gatekeeper to sex."

Treyger's perspective on female sexuality is refreshing, and there's the same level of frankness within all of Treyger's jokes, many of which have a feminist slant. But, perhaps the most feminist thing that Treyger is bringing to the table is simply allowing audiences to hear from a female perspective.

"A lot of the times when I'm at [comedy shows]... you're the only woman on the show. It happens very often. I imagine all these women who are there with dates or friends at this comedy show are just hearing dude's perspectives over and over," says Treyger of the often male-dominated comedy scene.

That's not to say that there's anything wrong with male comics: it's just to say that they can't exactly speak to the specifics of a female audience. "Of course they're funny dudes, and they're talking about things that everyone can relate to, but I just find it really special that I get to go up and relate to these women and speak to them... It just makes me so happy to see all these women relating and be like, 'Oh, that happened to me, I feel this way.'"

Luckily, Treyger's relatable comedy isn't going anywhere — she's expanding to basically everything. Treyger is currently working on a web series with comedian and pal Sabrina Jalees, a Snapchat Discover show in which she plans to inform the world on things like investing in a good haircut and watching Seinfeld on Netflix, and a feature film script.

The comedy world is officially Treyger's for the taking — and women everywhere should be so grateful it is.

More like this
Long Live Bennifer!
By Allie Jones
Why The '365 Days' Sex Scenes Are Good, Even If The Movies Aren’t
By Arya Roshanian
Sandra Bullock, Girlboss Extraordinaire
By Matt Harkins & Viviana Olen
Kaley Cuoco & Tom Pelphrey Just Made Their First Public Appearance As A Couple
By Hugh McIntyre
Get Even More From Bustle — Sign Up For The Newsletter