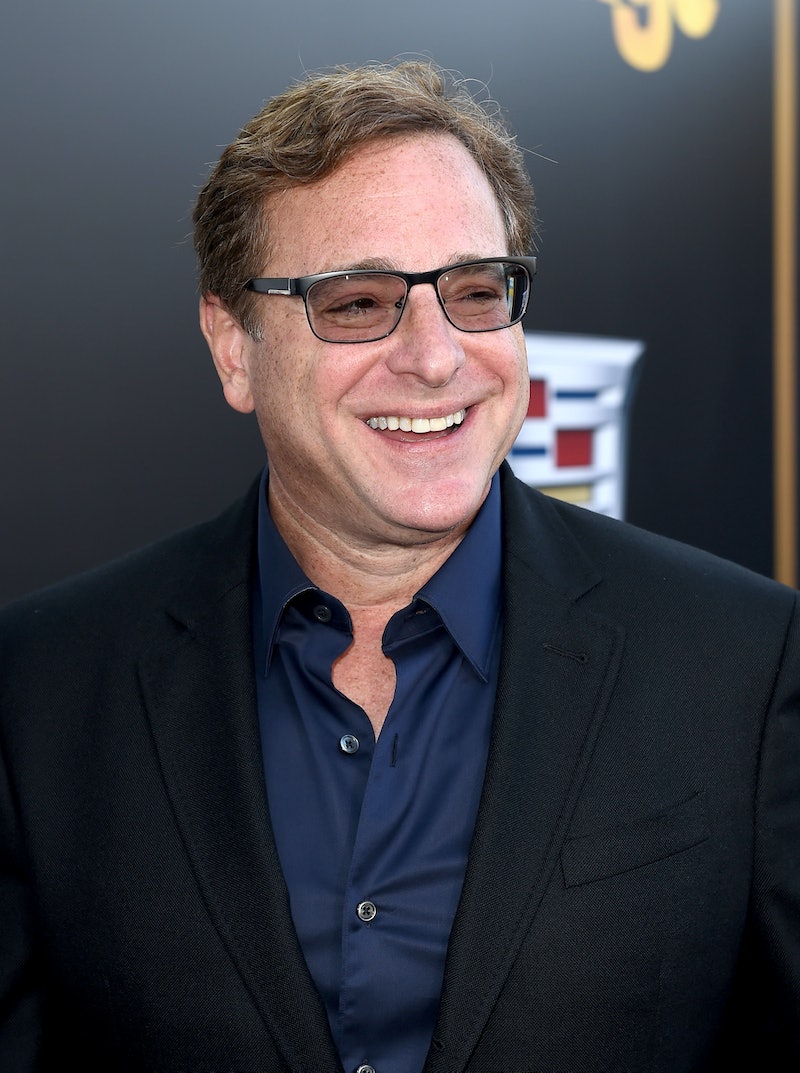 Just in case you don’t have the patience to wait until the Full House sequel Fuller House is released on Netflix, you might want to start watching FOX's Grandfathered, which stars Uncle Jesse himself, John Stamos, now: Bob Saget on an upcoming episode of Grandfathered as Stamos’ character’s best friend. So, get out your spring-cleaning gear and tighten your side ponytails, because this is one Full House reunion worth tuning into. But, will the show make reference to the television series that first brought these two actors together?

Man, I hope so. Because with Saget playing Stamos’ longtime best friend, the groundwork is already laid for some cleverly placed references to their past that any true Full House fan would recognize as a nod to the beloved show: Especially since Grandfathered deals with some pretty similar themes, like being saddled with paternal responsibilities by surprise. In case you're not familiar, Grandfathered is a show about a man who discovers halfway through his life that he has a son, and that that son has a daughter. Once a free-living, free-loving bachelor and restaurant owner, Jimmy (played by Stamos) is suddenly thrust into family life and the responsibilities of being a father.

Sound like another show you already know and love? With those kinds of similarities, there should be plenty of opportunity for the show to make some perfect references to Full House. But what will those references be? I have some ideas…

His Character Could Be A Slob

As in, the opposite of Danny Tanner.

Plenty Of Jokes About Being A Single Dad

Any dog, really. Just get an adorable pup in there, OK?

His Past As A "Television Host"

And maybe something about how Stamos’ character dated his co-host?

In fact, can they just play the whole thing as if they are Jesse and Danny all grown up? That would be great.