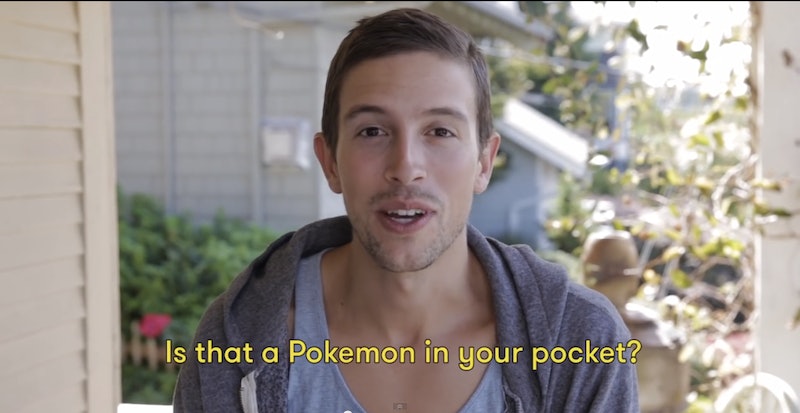 I now have official proof that pick up lines are just the worst. I mean, I knew that anyway, but the people at Cut Video have gone around the world looking for pick up lines and it's like they're all competing to be the most awful lines. I don't know how to pick up women, but it's not this. People talk about the best pick up lines, but really, are they ever not awful? I mean, here are some I have heard in my own life:

That last one is a speciality of the United Kingdom, normally from a creepy guy following you in his car while you walk home because there's nothing aggressive or predatory about that. As you can tell pick up lines are maybe my least favorite things ever, combined with the entitlement they're delivered with and the assumption that you're going to be so won over you'll burst into a spontaneous blow job on the spot. Have they ever worked?! Probably not, but that certainly doesn't stop people from trying.

Check out seven pick up lines from around the world and lament the fact that these poor people can't come up with anything better.

Here are all the winners:

Nope. Not worth the wait.

Apparently you ask for a coin before you lay this on the lucky lady...

I can only assume that, this being Germany, it'ss a literal question and not a conversation starter.

Peek at you? Pick at you? Get it together, America.

I see the innuendo, it just doesn't fit in my brain correctly.

The Italians are a straightforward people.

The city of love... and cheese. So much cheese.

More like this
Help! My Partner Only Wants Sex Late At Night & Won’t Compromise
By Sophia Benoit
The Most Compatible Life Path Numbers, According To Numerologists
By Kristine Fellizar
Ask A Sex Therapist: Is My Sex Fantasy Normal?
By Madison Malone Kircher
The 3 Most Compatible Matches For Life Path 1s
By Kristine Fellizar
Get Even More From Bustle — Sign Up For The Newsletter