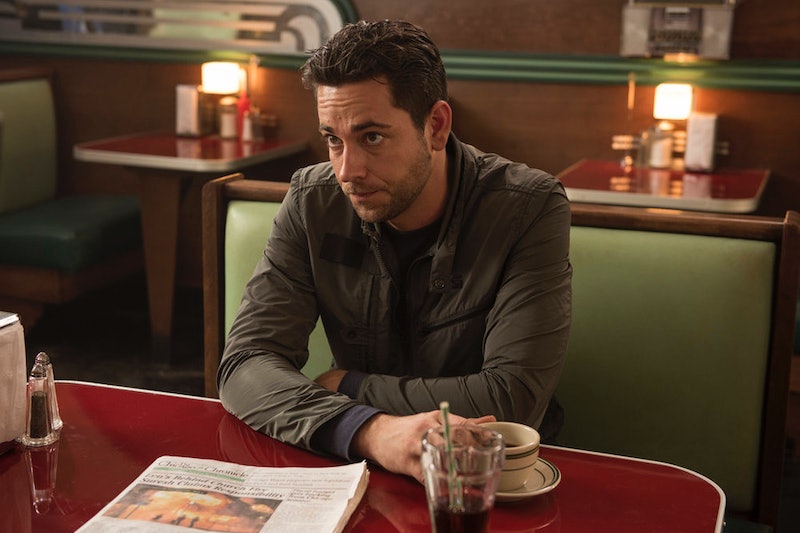 If Luke was having second thoughts about his Evos killing spree before, that's nothing compared to what's coming next on Heroes Reborn. He spent most of this week's episode gently trying to talk his wife Joanne into giving up killing and going home. In the meantime, odd things were happening, like his car shutting down when he touched the radio and accidentally overcooking his meat. For anyone who has ever seen a supernatural show before, we all knew what this means: Luke is now an Evo on Heroes Reborn . He was bothered by the sun (though maybe taking off a few layers would have helped) and while he hid outside the motel, the sun seemed to charge his hands until they essentially exploded with light.

I'm just going to get this out of the way right now: Luke is not dead on Heroes Reborn. It's just not possible. In fact, I think he will end up saving — the world? Molly Walker? I'm not sure, but he's going to be a big deal and his developing powers are a huge step in a more heroic direction. It's not exactly clear what his powers are, though it looks like Luke is able to manipulate heat. It's possible that the sun was super-charging him, or that he somehow pulls his power from direct contact to sunlight. Whatever the specific of his power, my guess is he'll be able to weaponize it soon, once he recovers from the shock and sun-explosion. The real question is, will this cause his own wife to turn against him? She's been far more blood-thirsty than Luke lately, and their marriage doesn't exactly seem sturdy right now.

Will she attack him for turning into the thing they've sworn to kill? Probably. Thing's aren't looking so good for Luke, so hopefully he can find some Evos who are nicer to him then he's ever been to them.