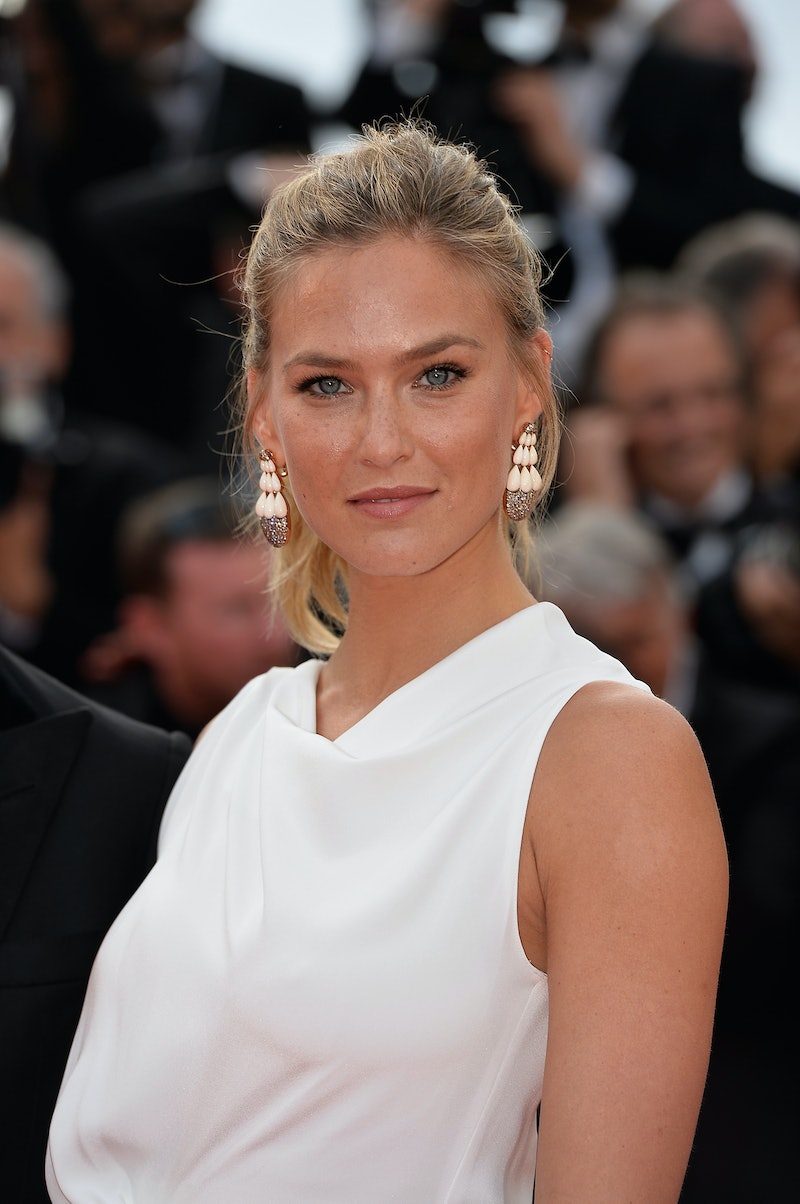 In case you missed it, Israeli supermodel Bar Refaeli is officially off the market. Last Thursday, Refaeli married Adi Ezra in a ceremony in Haifa, Israel, surrounded by their closest family and friends — and the day after the 30-year-old's friends threw her a massive bachelorette party to celebrate her last day as a single lady. Since their wedding was very private, not too many photos from their big day have been released, but we do know Refaeli tied the knot in a gorgeous, flowy Chloé dress with plenty of lace and embroidery. But since her relationship with Ezra is far more low-key than the one she had with Leonardo DiCaprio a few years ago, not a ton is known about the way their love story began. How did Refaeli and Ezra meet? They have yet to tell the story, but there are a few clues about how it happened.

Being that there was drama over restricting airspace over their ceremony site, it shouldn't surprise anyone that the couple hasn't talked at length about their relationship to the press. However, E! Online says that a source close to the couple said Refaeli and Ezra met through mutual friends — a pretty simple first meeting, especially in today's word where Tinder and "Netflix and chill" is a thing. Reportedly, Refaeli's family is a big fan of Ezra, which is definitely a good thing since he's part of their family now, too!

And when Refaeli does talk about her new husband, it's always with so much love. She seems ready to start a family with Ezra, and as far as the 10-year age difference between them goes (Ezra is 40), it only makes their relationship stronger. As Refaeli told Israeli news outlet Israel Hayom, she's glad he's "experienced and done many things and met people and is now ready to choose, rather than someone who doesn't know," and it sounds like the fact that they were both ready to settle down had a lot to do with why they finally did make it to the altar.

"We love each other very much," she said. "Everything fits and everything is just right."

If this is the way these two are starting out their marriage, they're definitely setting themselves up for success. They seem so happy together, especially now that they've made their love official. Congrats, guys!