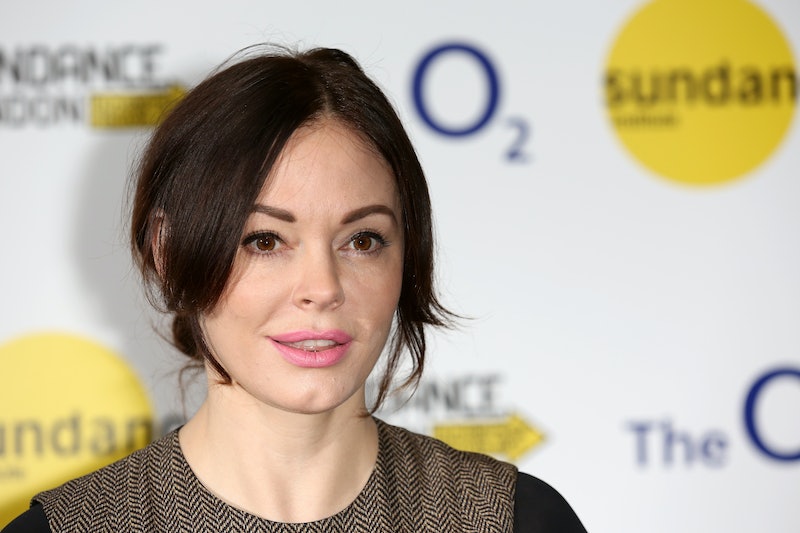 In tragic and far too familiar news, on Thursday afternoon a shooting took place at Umpqua Community College in Roseburg, Oregon that reportedly left between 10 and 20 people dead. In addition, 20 more people are said to be injured. There are not yet many details available on the shooting, but what is available is enough to make one feel incredibly sad, angry, and helpless. On social media, many celebrities are speaking out about the Oregon shooting and they're using their large platforms to voice their own frustration and raise further awareness for just how vital changing the state of gun control in America really is.

As for what else we know about the situation at Umpqua, according to Oregon Live, the shooting suspect is "down," but CNN reports that the suspect is detained. If the current death toll is accurate, this shooting could be the most fatal school shooting since Sandy Hook in 2012.

There have been 45 shootings that took place at a schools in the United States this year alone. It's a struggle to not tack on a "so far" to that sentence, because considering how things have been going it's hard to feel hopeful at a time like this.

Here are some examples of what celebrities are adding to this important conversation:

More like this
Harry Styles Called For "Backlash" In Powerful Statement On Abortion Rights
By El Hunt
Michigan’s Governor Is “Going To Fight Like Hell” To Protect Abortion Access
By Andrea Zelinski
The Staircase Explores The Murder Trial That Ripped A Family Apart
By Gretchen Smail
David Rudolf, Michael Peterson’s Attorney In 'The Staircase,' Is Still Practicing
By Taylor Maple and Morgan Leigh Davies
Get Even More From Bustle — Sign Up For The Newsletter