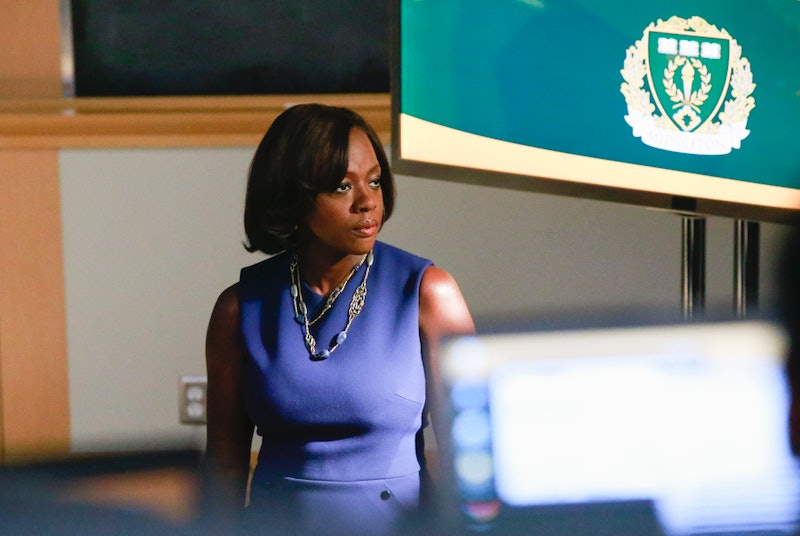 From the very beginning of this dark and twisted show, I've thought Wes and Annalise would date on How to Get Away with Murder . There was too much sexual tension going on for us to ignore. Then one thing led to another, people were murdered, and it seemed like maybe Wes and Annalise had bigger things to worry about than a possible attraction to each other. But it still wasn't out of the realm of possibility. Then, Season 2 alludes to the fact that Wes and Annalise are lovers (and that he might have shot her), so really, all bets are off at this point.

There have been mixed messages about Wes and Annalise's relationship since the very beginning of HTGAWM. Some people wonder if the two are related, some wonder if the two will end up lovers. I know. Mixed. Whether it is oddly favoring Wes, protecting him, or straight up hitting on him, Annalise seems to have something for the "puppy." Maybe it's maternal, maybe it's romantic. I don't like the fact that those are the two options we have to decide between, but I guess that's what makes this show so exciting.

So will Wes and Annalise date at some point this season? In the final moments of the premiere episode for Season 2, Annalise's voice over rhetorically asked while panning over a shot Annalise, "Statistically, if you’re going to be murdered, your killer will be someone you know. An acquaintance, a friend, a family member, your lover. Why is that?" Right when she said "lover," we see Wes run away from the scene looking frantic (like, IDK, he just shot someone).

I wouldn't be surprised if something happened between Wes and Annalise this season. And in the spirit of this show being about presenting evidence... I present to you the evidence that these two are just waiting to happen. (Basically all of Season 1 was just one big example.)

Exhibit A: She's Favored Him

Not to say that Wes isn't a good student, but Annalise has always seemed to be Team Wes during the first season of the show. Down to inviting him onto her Keating 5 team, and giving him the trophy.

Exhibit B: There Was Some Early Sexual Tension

A woman is allowed to give a man a note without it being sexual, I know, but there were multiple moments in the first few episodes that felt like something was boiling beneath the surface.

This is where it tends to get a little murky. Despite things they've done, or will do — ahem, Wes possibly shooting Annalise — Wes and Annalise always go out of their way to protect the other. Is it because they are loyal or because they're in love?

I'm sorry, but what? What are we supposed to make of this? Love? Flirting? Doing it for the job? Who knows, but this is just one more tick in the "Wes & Annalise Confused Love-o-meter" that I'm planning on making and selling on Etsy.