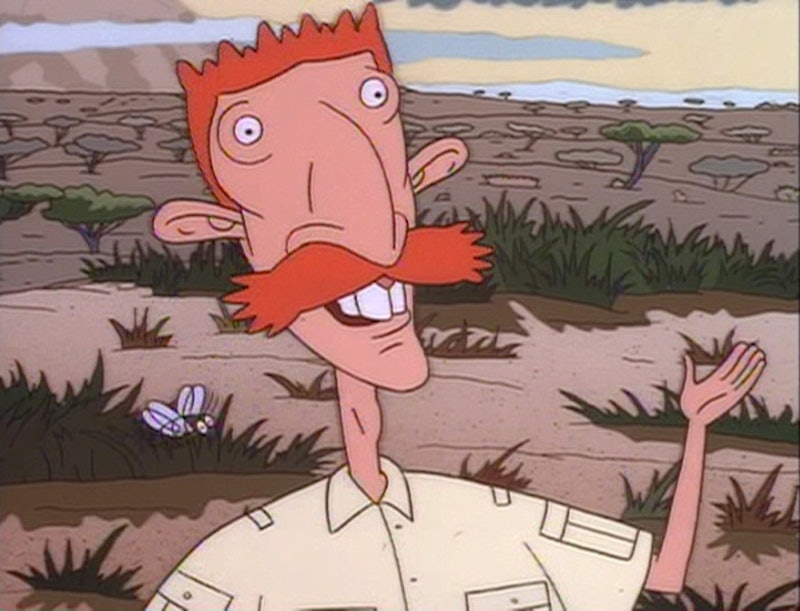 When reflecting back on the artifacts on our childhood, most of us are prone to remembering the smiling cartoon faces that floated ethereally on our television screens. We do NOT give enough credit to the people who gave a voice to our favorite '90s cartoon characters (or early 2000s, let's be honest) because it forces us to look at cartoons as something definitively less real. I get it — I don't want to live in a world where I can't consider Rugrats' Angelica Pickles a legitimate life role model. However, I think we should take a moment to give credit where credit is due and revisit some of the more surprising voice actors behind your favorite Nickelodeon cartoon characters.

I say Nickelodeon, of course, because to catalog the number of celebrities in cartoon-dom as a whole would be near impossible. To be honest, we live in an age where there's far less currency in being a voice actor BECAUSE you can just give the job to a celebrity. So, I really want to take this moment to reflect on back when this was a bit more of a rarity. More than that, though, I really want to show the overlaps within the voice acting world.

And so, here are 11 never-forget voice actors behind your old-time favorite characters.

1. Flea Is The Wild Thornberry's Donnie Thornberry... And Also Flea From The Red Hot Chili Peppers

Yeah, I can actually see that. The Red Hot Chili Pepper's vivacious bassist provided all of Donnie's nonsensical noise, which really makes you appreciate the musicality of it.

It makes sense that someone with all of Nigel's, um, personality would be voiced by beautiful famed weirdo Curry. Honestly, once you realize this it really hits you like a ton of bricks.

3. And One More For The Road: Lacey Chabert Is Eliza Thornberry... And Also Gretchen From Mean Girls

It's weird to imagine, but the same girl who played Regina George second fiddle also voiced the girl who could talk to animals. And this is all just one show!

Both yellow and goofy, it made sense for Kenny to make a lateral move in the Nickelodeon family, starting as Rocko's sidekick Heffer and graduating to eventual Nick all-star Spongebob.

5. Bill Fagerbakke Is Spongebob Squarepants' Patrick Star... And Also Marshall's Dad From How I Met Your Mother

"Who is Bill — OH WAIT, OH MY GOD." Yeah, that's right. The voice of everyone's favorite starfish also happens to be Marshall's dad on How I Met Your Mother

Daily had a bit of an acting career in the '80s (and hey, she sang the theme song for the John Cusack film Better Off Dead ) before she began voicing Tommy Pickles, the bravest baby you ever knew. You may remember her as Pee-wee Herman's big-banged girlfriend Dottie.

Hmmm. Want to take a stab in the dark about why Leno was tapped as being qualified for this role?

THIS one you may have already known because I remember it being fairly well advertised. Still, even if Justin Timberlake was your favorite *NSYNC member, you have to give Kirkpatrick props for "My Shiny Teeth And Me."

Strong is a voice acting queen, but she spends a lot of time voicing on the Cartoon Network side of thing. Still, she also had a stint as Tommy Pickles' baby brother.

10. Constance Schulman Is Doug's Patti Mayonnaise... And Also Yoga Jones From Orange Is The New Black

You probably already recognized Schulman on Orange Is The New Black, if not because of her distinctive voice, because of her oddly similar coloring to Miss Mayonnaise.

11. Billy West Is Doug's Doug... And Also Fry From Futurama

Also he voiced multiple people on BOTH shows, which is pretty damn impressive. Not to mention, he's one half of Ren and Stimpy (specifically, the Stimpy half).