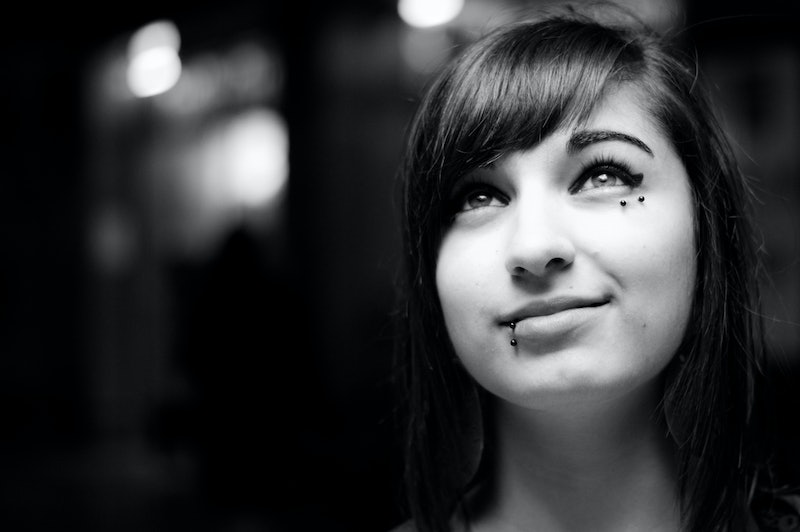 But it’s time to trash that question altogether. Think about it. The only thing that “Am I normal?” does is make people feel bad about their sexuality. It restricts us from exploring what we’re really into and pushes us all into the same box. Also, it presumes that there is such a thing as “normal” sexuality which there just isn’t. There are seven billion people on Earth and each person has their own specific set of turn ons, turn offs, preferences, and sweet spots. With that much variety, “normal” is nonexistent.

So no more “Am I normal?” Ask yourself these five questions instead.

Are both you and your partner(s) down for whatever it is you’re doing? Have you asked? Have they asked you? Consent is a tricky issue for a lot of people, partly because they’re worried about “ruining the mood” but you know what the biggest mood killer is? Sexual assault. There’s an easy way to avoid that, though and that’s by always, always making sure you have consent (and have given consent!) when you’re about to get it on.

And just a reminder: minors and animals can’t give consent, so they’re absolutely never to be included in sex play.

So obviously some sexual play is supposed to hurt, right? BDSM, for example, is characterized by people taking pleasure from physical pain — but I’m not talking about that kind of hurt. I’m talking instead about the kind that leaves psychological scars. Before entering into sex or sexual play with someone, take a second to think about whether or not your actions will result in psychological pain for anyone involved: yourself, the person or people you’re playing with, and any partners who aren’t present. Would hooking up mean one of you was cheating? Would anyone be heartbroken if they found out? Are you going to walk away from this feeling awesome about the sex you just had or are you going to beat yourself up for the next two weeks? Think about it.

Ask yourself if what you’re doing really turns you on or if you’re doing it for other reasons. Even if it’s not favorite thing ever, it’s OK to go along with a partner’s preferences because you get pleasure out of their pleasure but don’t ever do something that actively turns you off or makes you feel uncomfortable. Also, make sure that if you are playing along for your partner’s sake some of the time that you also get time in to do the stuff that you like, too. Sex is all about the give and take.

The flip side to that, of course, is making sure that your partner is turned on by what you’re doing too. The best way to make sure they are? Ask! “Do you like that, baby? How does this feel?” are good places to start. And when they answer, pay attention to body language as well as verbal responses. If they say “Yes,” but their eyes are saying “Mmmm, not so much,” then it may be time to pause the action and check in about what you’re doing or switch to something new.

So no more asking “Am I normal?” Stick with these five questions and you’ll do just fine.

More like this
Help! My Partner Only Wants Sex Late At Night & Won’t Compromise
By Sophia Benoit
What Mercury Retrograde Spring 2022 Means For Your Sign's Sex Life
By Nina Kahn
Are Gemini & Scorpio Compatible In A Relationship?
By Kristine Fellizar
The Most Compatible Life Path Numbers, According To Numerologists
By Kristine Fellizar
Get Even More From Bustle — Sign Up For The Newsletter