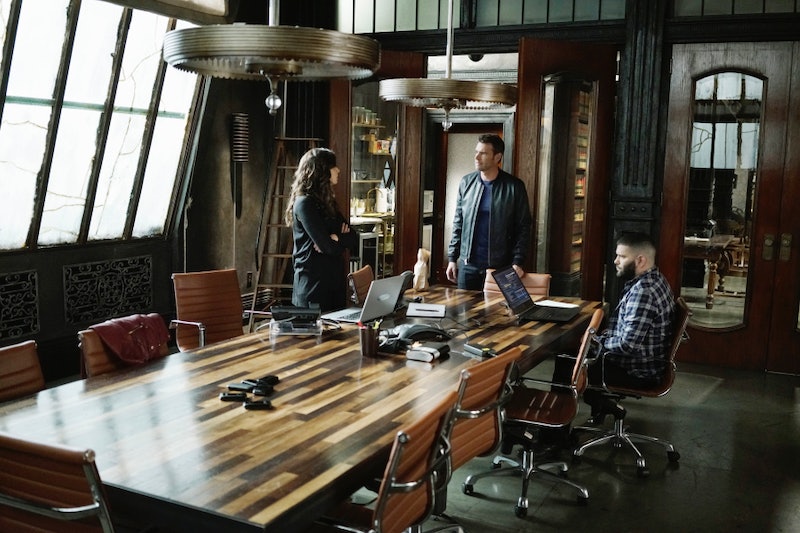 If there was one problem I had with last week's season premiere of Scandal, it was this: There definitely wasn't enough Jake Ballard. Although I'm well aware that plenty of people are on board with the Olivia/Fitz ship, I will never believe there's a better match than Olivia and Jake. But if he's not going to be on the show to be with her in a romantic capacity, I'm totally down for seeing him do anything at all — and I'm willing to bet you are, too. Have you seen that face?! But now that he's been helping Huck get "fixed" and be more like a normal person, he's also hanging out around Pope & Associates. And this week, Jake stepped in as an honorary gladiator on Scandal , and as you'd suspect, he is awesome it.

While Olivia was grappling with the fact that photos leaked of her and Fitz together and the idea that the world now knows about her secret relationship, there was still work to do, and Jake was totally there for it. They teamed up to chase down a super bratty rich kid who murdered his father, and Jake's actually pretty good about this stuff.

And also, most importantly, that means that I got to look at this all episode long:

But anyway, back to the episode. The most touching Jake scene was when he and Olivia kicked back in a motel room, drinking beers and talking about how she was avoiding the masses of press who want to talk to her about the whole affair with the president thing. He's there for her, but it's obvious that he thinks she's making the wrong choices. Hell, don't we all?

I'm hoping Jake will be around for this kind of stuff all season long, even if it does look like Olivia will continue to stomp on his heart. But really, would it be Scandal if she wasn't?