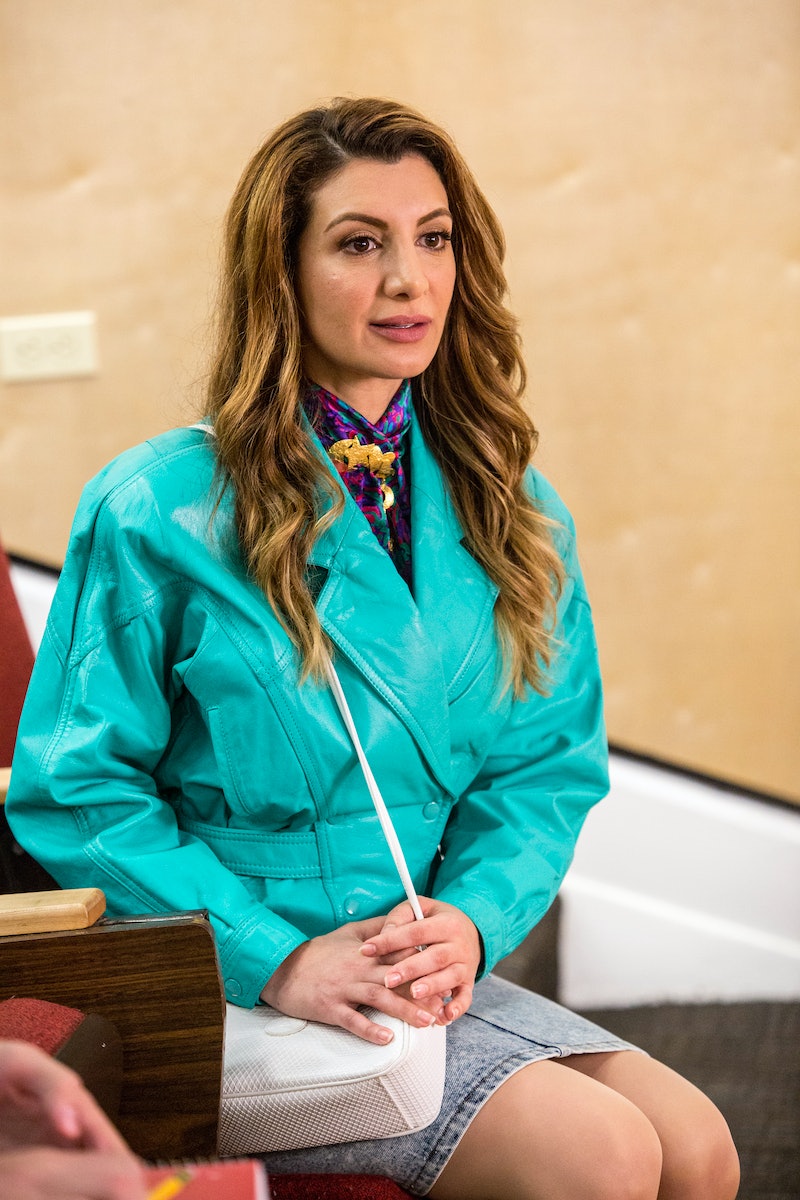 There are some televisions shows that you tolerate and others that you become instantly addicted to. So it should come as no surprise that Ryan Murphy's new horror-comedy series, Scream Queens , falls directly into the latter category. Between its over-the-top violence and dialogue that's sharper than even the Red Devil's knife, this series has left me positively obsessed, not just with finding the killers, but with learning as much about these characters as possible. One personality, in particular, that I've developed a strong kinship with is none other than Scream Queens ' sorority chief, Gigi Caldwell. Played by the hilarious Nasim Pedrad, Gigi is a former Kappa House sister who went through a traumatic experience that's left her emotionally stuck in the '90s. And let me be the first to say how jealous I am of her!

I mean, let's be completely honest here, folks — who wouldn't want to live in the '90s forever? That was a fantastic era in time to grow up in, so if I had the opportunity to go back and relive the magical experience all over again, you better believe I would take full advantage of it. So just in case there was any doubt in your mind before now, here are all the reasons why Gigi is living a better life than the rest us.

And no, I'm not referring to the well known acronym. Anyone who grew up in the '90s remembers that sacred two-hour block of television every Friday night, which showcased an iconic lineup of some of the best sitcoms of all time. Boy Meets World, Family Matters, Full House, Step by Step… this segment had it all! And, in Gigi's head, it's something that still exists! What I wouldn't give to experience just one moment of such naive bliss.

2. She Thinks NSYNC Is Still Together

Though Scream Queens has proven to be more of a Backstreet Boys fan as of late (please see last week's "Everybody" montage), our beloved Gigi is still living in a world where another certain boy band still reigns supreme. Remember the days when NSYNC was still together? Well, Gigi doesn't need to remember it. Because she's LIVING it.

3. To Her, Slap Bracelets Are Still An Acceptable Fashion Accessory

Hey, I don't care what anyone says, those things were cool and I miss them. (Don't judge me.)

4. She Probably Owns A Tamagotchi

Now if that's not a viable reason to be jealous then I don't know what is.

It may not be in HD, but sometimes the VHS tapes come in fun colors, which totally makes up for it.

7. Her Buffy Adventure Is Only Just Starting Out

Welcome to the Hellmouth.

8. In Her Mind, Britney & Justin Are Still Together