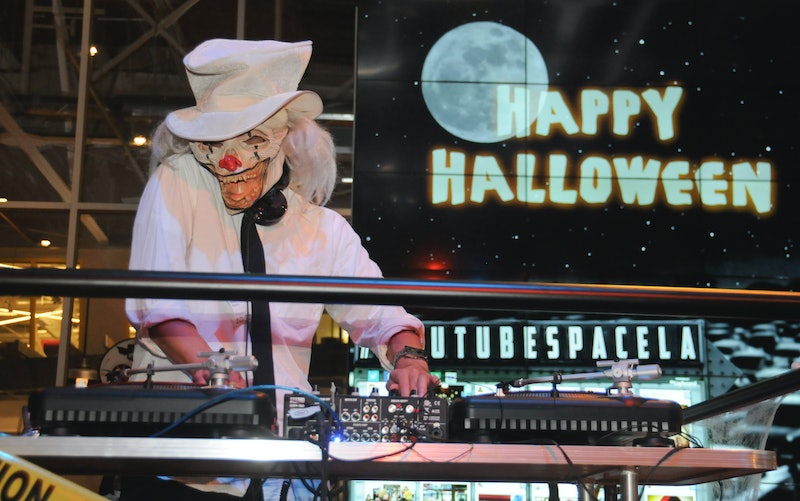 Halloween is just as much about what you’re wearing as it is about where you’ll be wearing it. There are spooky Halloween celebrations all over America — and some other parts of the world — where the holiday is observed in different and unique ways, but there are some cities in the U.S. that really go above and beyond to make sure citizens and visitors have a great time. If you’re a Halloween buff, you need to spend at least one year in one of these eight cities with the biggest Halloween festivities.

I happen to live in Los Angeles, so I have plenty of opportunity and options when it comes to Halloween parties and celebrations. LA is a city that likes to party, obviously, but it’s far from having the best Halloween festivities out there. There’s probably no one end-all-be-all winner — it kind of depends on what you’re looking for in a Halloween party. If you’re looking for a big, all-out party in the street until the crack of dawn, West Hollywood and Las Vegas might be the spots for you. Or if you're more into history and the possibility of actually seeing a ghost in real life and not just someone dressed in a sheet, you’ll want to head to Salem or New Orleans.

Whatever your party preference, here are the cities that take Halloween very seriously.

Don’t try to go anywhere in lower Manhattan on Halloween, unless you plan on joining in on the annual Village Halloween Parade. The mile-long parade is for costume-clad partygoers only, and features some amazing creations, including hundreds of giant puppets and paper mache creatures and sculptures. But since NYC is the city that never sleeps, you’ll be able to find revelry all over the island on Oct. 31.

I can personally attest that the Halloween party that takes place along Santa Monica Boulevard in WeHo is madness. The West Hollywood Carnaval is literally the biggest Halloween street party in the world — with 500,000 people in attendance on average — and, because of the neighborhood, very LGBT friendly. The Carnaval lasts from 6 p.m. to 11 p.m., but the numerous bars in the area are the perfect places to keep the party going.

Did you know that New Orleans is considered the “Most Haunted City in America”? Well, it is, and it has the Halloween party to prove it. The city’s long history and association with voodoo make it a prime target for ghost hunters and skeptics alike on Halloween, with tours of supposedly haunted sites and picnics in the local cemeteries. And, of course, the Big Easy’s open container law makes it easy to party wherever you go.

Sin City’s inclusion on this list should come as no surprise — Las Vegas is a city that knows how to party. Like New Orleans, Vegas’ open container law and near-endless string of bars and clubs means that the whole city is basically one giant party. If you’re looking for some specific activities, Circus Circus turns its Adventuredome into Fright Dome for the night. It apparently includes an isolation-style haunted house that you can only enter by yourself.

Obviously, a place known as the home of a Headless Horseman is bound to have a creep-tastic Halloween bash. The site of Washington Irving’s classic novel, the town of Sleepy Hollow actually celebrates the holiday all month long. You can take a lantern lit tour of the cemetery on Halloween, or take in a live retelling of the Legend of Sleepy Hollow — complete with Headless Horseman and Ichabod Crane.

If you’re heading to Fantasy Fest in Key West, prepare to party your booty off — or at least, your clothes. One of the events, aptly named Indecent Exposure, is a clothing optional affair that utilizes body paint. And you’ll be able to take your pick of costume parties, including roaring '20s, doctors and nurses, and fetish, along the parade route.

Salem sure knows how to capitalize on a checkered past. The town really rolls with its witchy history by putting on 31 days of spooky happenings to entertain the nearly 500,000 tourists who visit around Halloween time. On Halloween night, you can attend the Official Salem Witches’ Halloween Ball, complete with psychic readings, a costume contest, and live music.

Chicago’s Northalsted area boasts a pretty awesome Halloween party, complete with a parade and costume contest. Activities start at noon on Halloween day, and continue into the night. The neighborhood is predominately LGBT-friendly and surrounded by restaurants, bars, and clubs so that the party doesn’t have to end when the official activities do.

More like this
The 8 Best Chew Bones For Puppies, According To A Vet
By Andrea Hannah
‘Squid Game’ Creator Hwang Dong-Hyuk Just Dropped A Major Season 2 Tease
By Brian Anthony Hernandez and Bustle Editors
Everything To Know About 'Evil' Season 4
By Meguire Hennes
How To Use The Whatnot App To Thrift Vintage Items
By Emma Carey
Get Even More From Bustle — Sign Up For The Newsletter