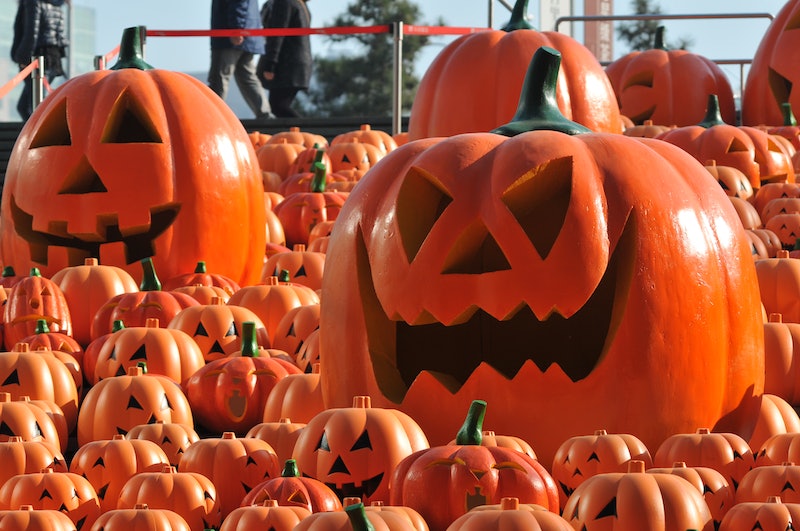 Like most holidays, Halloween was probably better when we were kids. There was just something magical about getting to stay up late and hanging out with our friends (sometimes on a school night!), while shoving candy into our costumed mouths. But just because we grew up doesn’t mean that there aren’t some childhood Halloween traditions we can do as adults.

Growing up in the 1990s and early 2000s, as soon as Oct. 1 rolled around, it was Halloween time in my book. ABC Family’s 13 Nights of Halloween, Spirit Halloween stores on every block, and the “secret” stash of candy in the house were all just precursors to the big night. Remember how incredible it felt to have Halloween fall on a Friday or Saturday night? How fun it felt to get to wear your costume to school, and participate in all the apple bobbing, pumpkin carving, and dunk-tank goodness? Halloween as a kid was probably some of the best times of my life. I still have a lot of fun as an adult (now booze is involved), but I still miss some of the traditional Halloween activities I used to partake in as a kid.

Here are a few old-school Halloween traditions you can do as an adult to reignite your nostalgia this year.

1. Pick Out Your Halloween Costume

For me, the best part of Halloween was getting to pick out my costume every year at the Halloween store. Even if you’re bucking the mainstream and going with a more creative or crafty costume, you can still make a day out of it. Hit up a thrift store or the mall to find what you need, and walk around your house in your chosen costume for the rest of the day.

How many Halloween and pre-Halloween nights did you spend with your BFFs huddled in your sleeping bag in front of the TV? Probably a lot, right? But just because you’re a grownup doesn’t mean you’re too old for a sleepover — especially when scary movies are involved. Invite your girlfriends, siblings, or significant other over for a night of junk food, jump scares, and binge watching. And if you’re not into horror flicks, just watch your favorite Halloween movies instead.

It’d probably be a little weird for you to go door to door on Halloween to collect candy like the old days, unless you have a kid in tow. So, do a grownup version of trick-or-treating instead. Most bars offer some sort of Halloween treat — be it candy or a special drink or themed food — so make a point to hit a few different places.

I know that having a pumpkin out for Halloween isn’t always an option — I live in an apartment building, so they’re not allowed, and people would automatically steal them — but that doesn’t mean you have to miss out on the traditional fun of carving or decorating. You can set carved pumpkins indoors on windowsills so they can still be seen from the outside, or you can use tape or paint or fabric for less mess. And if live pumpkins are a no-go, use old wine bottles to make gourd decorations.

Speaking of pumpkins, hit up your local pumpkin patch (even if you don’t need any pumpkins). They’re perfect for fall Instagram photos, and they usually have other activities like hayrides, crafts, and petting zoos to enjoy.

6. Have A Cheesy Halloween Party

My parents hosted a Halloween party every year, and I’m sure we’ve all went to our fair share of school and family parties as kids. You could have a pre-Halloween potluck with your gang, or an all-out bash on Halloween night. Make sure you include at least a few of those purposely-gross looking, throwback foods like zombie brain jello shots and dead man’s finger sandwiches. Oh, and don’t forget to play “Monster Mash” at least 10 times.

7. Go To A Haunted House

I’m scared easily, so haunted houses were never my jam as a kid — but maybe they’re less scary when you’re an adult? Check around your area to see about haunted house attractions, both “real” and set up. Or you could visit a theme park, like Knott’s Scary Farm or Universal Studios Horror Night, for their Halloween mazes, zombies runs, and themed decorations.

8. Turn Your House Into A Halloween Wonderland

Even if you don’t plan on having a party or guests over around Halloween, that doesn’t mean you can’t enjoy turning your place into a shrine to the holiday. I’ve been using the same ball of fake spider web for five years to give my front window a little Halloween personality. Pro tip: hit the Halloween and party stores the day after Halloween to snag decorations for next year for ridiculously cheap.