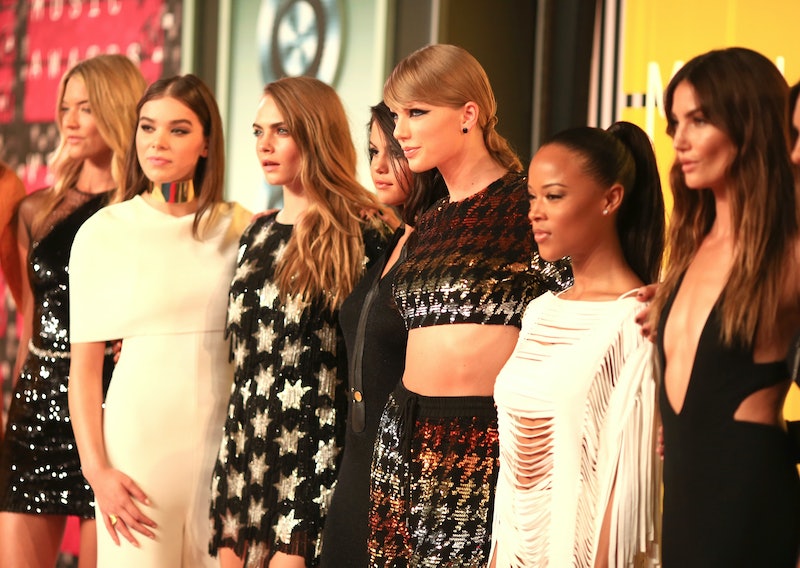 When you think of Taylor Swift, everything is all sunshine, rainbows, and kittens, right? Not according to Saturday Night Live. Swift's squad is shown as something totally sinister in the SNL parody The Squad, a fake movie trailer that shows her crew as a borg-like entity looking to absorb every living thing on the planet into its circle of friendship. "First it was the models, and then the athletes, and then it was everyone," one of the characters lamented. Surprisingly, the mash-up between Taylor Swift Squad and post-apocalyptic zombie movie works very well.

The whole sketch was similar to The Beygency, which is definitely a compliment. Sure, it shows the rest of the world as a burned-out hellhole where the non-Squad survivors sleep on desolate streets and wonder about the disappearance of loved ones, but it's pretty hilarious the way they talk about the Squad as something that should be both envied and feared. At some point, they hear that the Squad is going to go lay out on matching American flag towels. "Who even owns an American Flag towel?" one of the non-Squad members asks. "I think Taylor provides them. She's very generous with her friends." Putting such a sinister twist on something that should be pretty innocuous seems kind of silly. Then again, where does Swift get all of those American flag towels?

There's only one thing Saturday Night Live didn't really acknowledge: We're all already in Swift's Squad. The great assimilation happened. Everyone (not just the models and athletes) is already in it. There are no non-Squad members, or, if there are, they just haven't noticed hat the rest of the world is already gone.

Check out the video below, but be careful: Swift is watching.