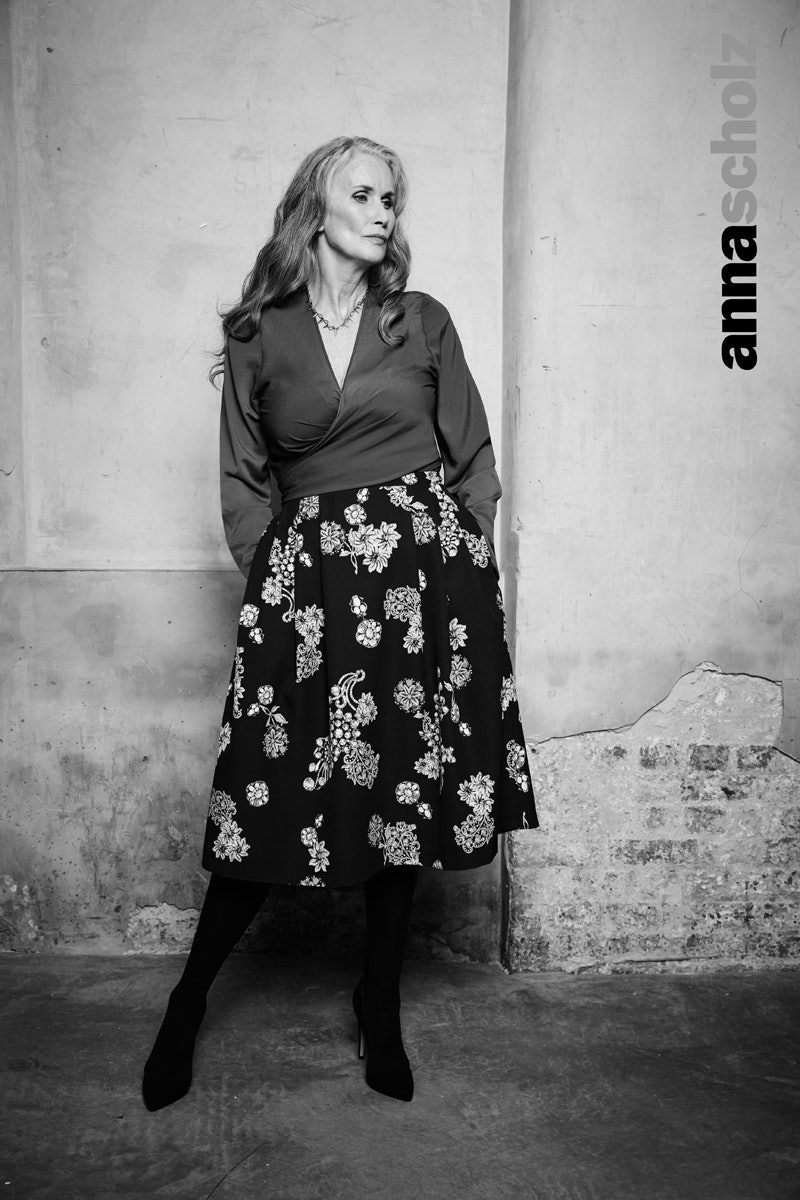 For plus size brand Anna Scholz's autumn/winter 2015 campaign, the company has featured the gorgeous 55-year-old plus size model Nicola Griffin to sport the fall collection. Hailing from the books of Grey Model Agency — a modeling agency that solely represents female models ages 40 and up (even into their 80s!) — Nicola Griffin and Anna Scholz are giving us a fresh look at fashion and beauty.

According to AnnaScholz.com, reports by Kantar Worldpanel show that women ages 50 and over are spending more on fashion than in previous years, while the amount spent by younger generations is falling. British women in their 50s allegedly buy almost £7 billion worth of clothes and accessories every year and that figure is increasing by 4.5 percent annually.

Of course, clothing companies have often ignored statistics like these and the older customer base that they should be catering to. Instead, it can sometimes feel as though models are getting more and more youthful looking. Ageism is a huge issue in our society, though, for women in particular. As Madonna summed up in a Feb. 2015 interview with Rolling Stone, "They're judging me by my age. I don't understand. I'm trying to get my head around it. Because women, generally, when they reach a certain age, have accepted that they're not allowed to behave a certain way. But I don't follow the rules. I never did, and I'm not going to start."

By going against the ageist beauty standards of the fashion and beauty industries, Anna Scholz isn't just appealing to an older market, but to the world at large. This bold move represents inclusivity by the brand. The tagline for the campaign — "my favorite age is now" — is appealing to all ages, but arguably rings even more true for women who are repeatedly told that their "best" years are behind them.

In an official press release about the choice to use Nicola Griffin and the autumn/winter campaign she's fronting, Scholz's PR team said, "Anna Scholz is a true believer that fashion should be made available to any woman, no matter her size, shape, or age. These images of Nicola are a representation of a positive, strong, and accomplished woman who not only loves fashion but has effortless style. An influencer who not only makes you long for what she is wearing, but also for her positive attitude. Our aim is to show that women are beautiful, strong and perfect just the way they are."

The inclusion of all ages in the body positivity movement is one something that is too often overlooked — the focus being placed on clothing size and body shapes above all else. By already running a beautiful plus size brand, Anna Scholz has represented and celebrated bodies outside of the mainstream. By choosing Nicola Griffin to model for her latest collection, she has taken her body positivity that one step further.