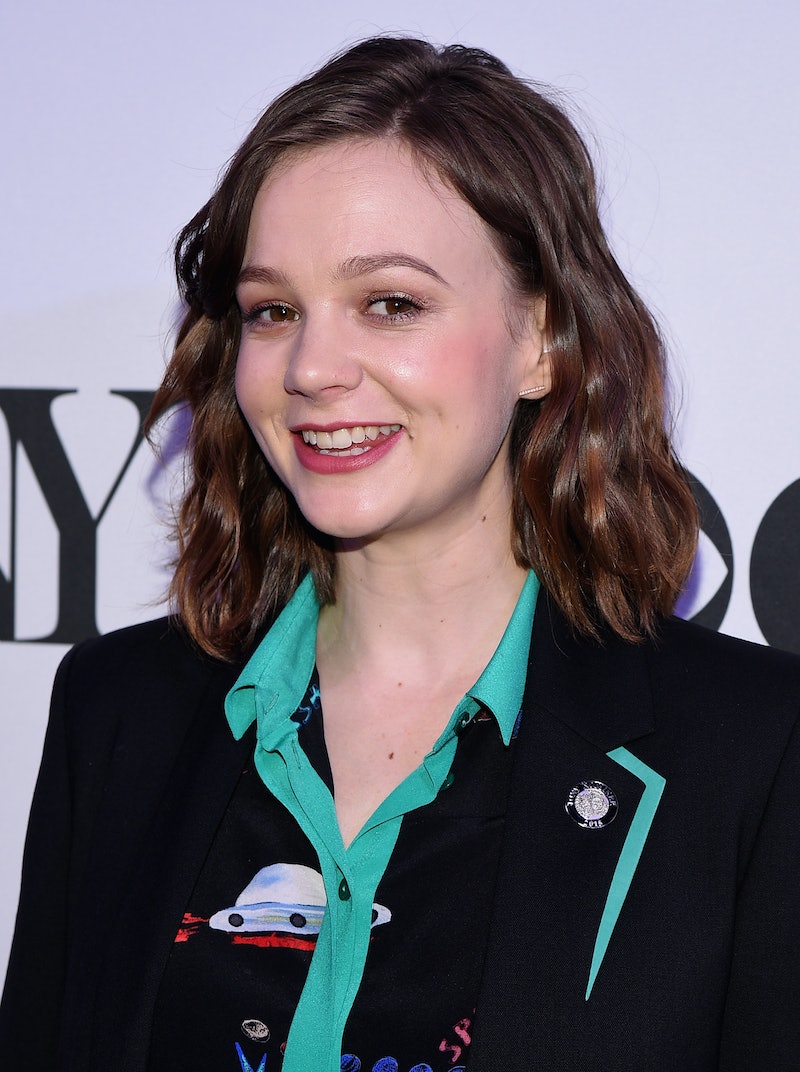 Carey Mulligan, star of the upcoming historical drama Suffragette, is many things. She is an award-winning actress, a style icon, a noted philanthropist, an expectant mother, and a proud feminist. The actress was interviewed for ELLE UK's November feminism issue, and her thoughts on the matter are intelligent, thought provoking, and powerful, especially when Mulligan voiced her opinion on"strong woman" roles in film — namely, that we need to stop complimenting movies and actors for taking them on.

Said the actress, "You don’t say to men: 'You played another really strong man.' The idea that women are inherently weak -- and we’ve identified the few strong ones to tell stories about -- is mad."

Her sentiment is enlightening. It's true, we don't see articles applauding male actors for playing characters of substance, because, well, we just expect them to. By highlighting female characters as "strong," we're undermining the representation of female characters as a whole. Mulligan would know; the actress has built a career on playing characters with deep moral fiber and headstrong views. These include her critically-acclaimed turn as Bathsheba Everdene in Far From the Madding Crowd and her role as a feminist foot-solider in the upcoming Suffragette. Mulligan has continually expressed her frustration by the lack of significant roles for women in Hollywood, and it seems that what she finds equally aggravating is how the great parts she does get to play are viewed by the public.

In the Elle UK interview, Mulligan also gave her opinion on a variety of other topics including cat calling, body shaming, and equality. It's rereshing to see the actress be so open about her feminist views; she may not scream her beliefs or stage flashy demonstrations, but she treats feminism as a framework onto which she builds beliefs of equality, compassion, and strength. She's not calling for female domination — she's simply asking for equal and accurate representation for all.

Mulligan has become an actress I respect not only for her artistry but also for her ability to eloquently voice her beliefs. She has made deliberate career choices that reinforce her viewpoints and is someone worthy of emulation. I implore the media to head her advice — stop asking about her choice to play another "strong female" role and instead focus on the complexities of her characters beyond their gender.