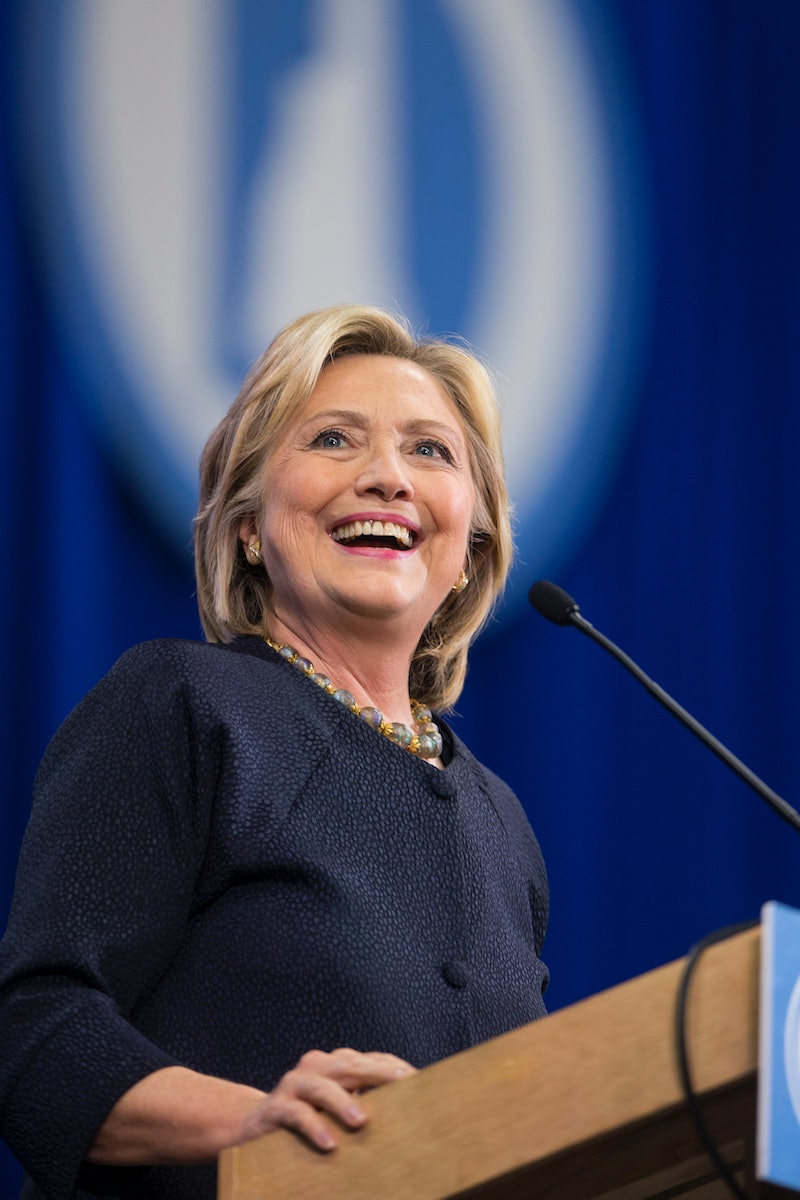 Looking at Hillary Clinton's bookshelf, the presidential candidate has said you can find books by writers ranging from Alice Munro to Barbara Kingsolver to Pablo Neruda to Maya Angelou. But when asked to play favorites by a questioner during her tour of New Hampshire, Clinton said her favorite book is Fyodor Dostoyevsky's The Brothers Karamazov — a 19th-century Russian philosophical novel that hits on big questions of morality, faith, and free will. And considering the book's presence in an ongoing cultural debate, particularly surrounding Russian president Vladimir Putin, it's certainly a timely book to call out.

Dostoyevsky's monumental novel centers on Fyodor Pavlovich Karamazov and his relationships with his wildly different sons, who were all raised apart from each other, due to their father's indifference when they were born. Using this frame story, Dostoyevsky meditates on the modernizing of Russia and the ethical considerations that surround it, including faith versus reason, God, and doubt. One of the most influential sections of the book centers on the parable of the Grand Inquisitor, in which Jesus returns from the dead during the Inquisition, is arrested, and questioned by the Grand Inquisitor about his role in the church.

Clinton has spoken before about this particular section of The Brothers Karamazov, and what it taught her about "the dangers of certitude." "For a lot of reasons, that was an important part of my thinking," she told The New Yorker. "One of the greatest threats we face is from people who believe they are absolutely, certainly right about everything."

It's also this section which might be most applicable to the current political climate in Russia. David Ignatius of The Washington Post referred to Putin as "Russia's Grand Inquisitor" back in 2009:

Human beings would happily trade their freedom for food and security, Dostoyevsky wrote in the novel's famous chapter, "The Grand Inquisitor." In place of this anarchic freedom, the Inquisitor offered the people "miracle, mystery and authority. And mankind rejoiced that they were once more led like sheep, and that at last such a terrible gift, which had brought them so much suffering, had been taken from their hearts."There's a palpable sense here that Putin has brought "miracle, mystery and authority" to a Russia that was severely traumatized by the collapse of the Soviet Union in the 1990s. The country is certainly less free than it was under Boris Yeltsin, but Putin is immensely popular — and nobody wants to return to the crazy, freewheeling time of transition.

Clinton has name-dropped The Brothers Karamazov before, saying it made a "lasting impression" on her as a young woman. But with her presidential campaign now in full swing, you have to wonder what mentioning this philosophical work has to say about her thoughts on Russia today. Is she hawkish even in her taste in books? Or is she trying to send a message that she will be wary of the dangers of certitude?

However you interpret it, one thing's clear: These choices are never accidents. Clinton could have gone with a more "relatable" pick, that's for sure. Instead, she sends a message by picking this serious work: SNL skits aside, she is a serious leader, ready to take on the world's most serious job.