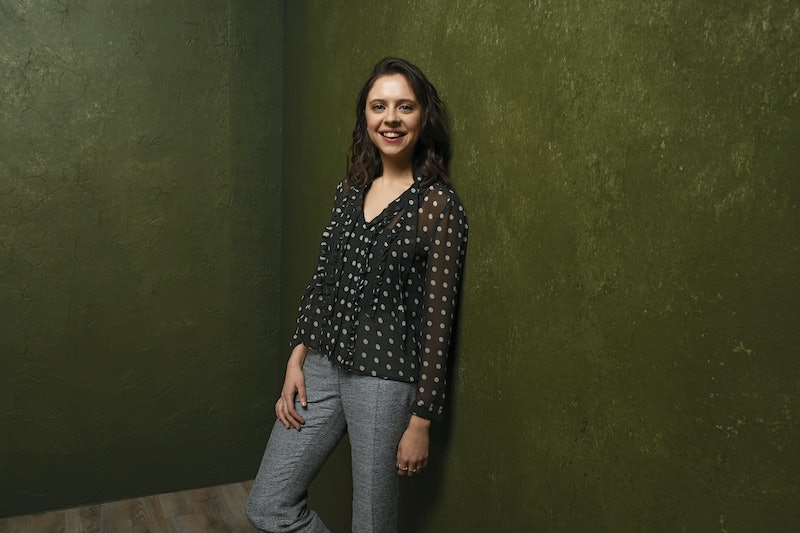 If you want to sound smart in front of your friends — and I know you do — try bringing up Bel Powley and her next project Wildling the next time you all get together. You might not have heard of either of them yet, but that's only because I have a feeling both are poised on the brink of the sort of success we haven't seen since Twilight. Big talk, I know, but Powley gave one of the most impressive breakout performances of 2015 in Diary of a Teenage Girl, and I'll be damned if this next project doesn't sound just as intriguing. Wildling is a horror movie that Deadline is comparing to Let The Right One In, a dark Swedish vampire movie about a young girl with a terrible secret, and that was very well received critically.

If anything, Wildling sounds even more mysterious, with even more potential, because we know almost nothing about its protagonist, Anna, except that she was raised in a single room by a man who goes simply by "Daddy." He urges her not to leave the room by warning of the "Wildling" that terrorizes the "Outside," tearing little children apart with its sharp teeth and claws. Except, when she's finally freed at age 16, Anna discovers there's no such thing as the Wildling at all, so her entire childhood was built on a lie. Oh, sorry, where do I sign? You don't even need to tell me that the film also features Liv Tyler as the sheriff who frees Anna, or a character named "the Wolf Man," who's actually a shaman living in the woods. I'm already on board.

With the fantastical elements, a lesser-known actress (Kristen Stewart was "lesser-known" once!) at the helm, and the air of mystery and danger, it's hard for me not to compare this film to Twilight. But, unlike other projects that have come and gone since without making anywhere near the impact of Stephenie Meyer's vampire story, I think this one might actually measure up. It doesn't seem to have the star-crossed romance, from the description we have so far, but it does have the horror element, which I think will take it to a complete other level.

In any case, you should keep your eyes on these ones, both the actress Bel Powley and the film Wildling— I have a feeling we're going to be hearing a lot more about both of them.