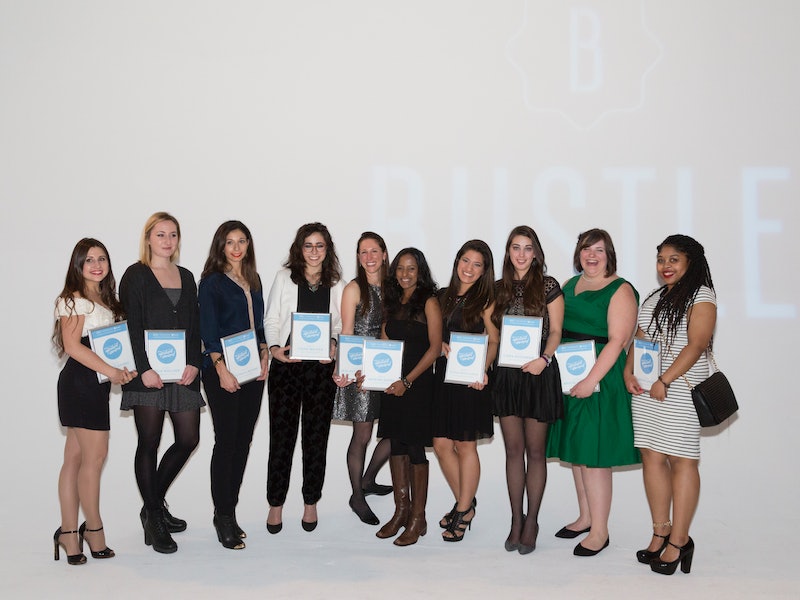 Do you know a 2015 graduate who started to change the world before she even had a diploma? Bustle wants to honor members of the Class of 2015 who are making an impact in their respective industries — and doing so at an age when most of us were just beginning to search for internships. There are tons of talented and courageous young women in the class of 2015, and Bustle has the challenge of selecting just 12 of those amazing creators and innovators to honor at our second annual Upstart Awards.

The Upstart Awards were founded in 2014 to celebrate women who had recently graduated from high school, college, and graduate school and were poised to make a difference in business, the arts, and the world. In December 2014, Bustle and our community joined together to honor the 13 Upstart Awards recipients in person at Bathhouse Studios in New York City, with a night of dancing, food, and drink.

Want to recommend an awesome lady in your life? Here's what we're looking for:

To submit a nominee for the Upstart Awards, complete the form below, or email upstartawards@bustle.com with submissions or questions.

Twitter users can also submit an inspiring graduate @Bustle with the hashtag #BustleUpstarts.

More like this
10 Thanksgiving Alternatives You Can Celebrate This Month
By Katie Mitchell
Iran Has Issued A Death Sentence Over Mahsa Amini Protests
By Catharina Cheung, Darshita Goyal and Maxine Harrison
Ayurvedic Principles & Family Are At The Root Of Fable & Mane
By Justine Knight
It’s About Time Black Girls’s Voices Were Heard – & 'Girlhood Unfiltered' Is The Start
By Paula Akpan
Get Even More From Bustle — Sign Up For The Newsletter