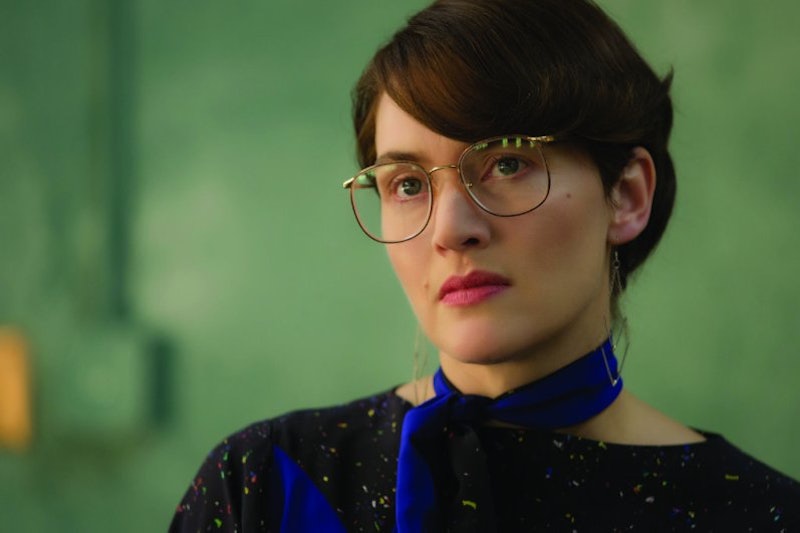 Kate Winslet is, without a doubt, one of the best actresses working today. She's basically like a younger version of Meryl Streep, and is well on her way toward becoming just as renowned. Winslet has already broken the records for the youngest actress to be nominated for five Academy Awards and the youngest to be nominated for six Academy Awards, but she has only ever won an Oscar once. This is a travesty that needs to be remedied, and it just might with her new role in Steve Jobs . Winslet portrays Joanna Hoffman in the movie, Jobs's longtime head of marketing and so-called "work wife". Winslet has been praised in many reviews for the film, with several critics commenting on her stellar performance. So knowing this, could Kate Winslet win an Oscar for Steve Jobs ? It's certainly not out of the question.

As I said before, Winslet has been nominated for six Oscars, but she has surprisingly only won once. Her lone victory was back in 2009 for The Reader, and that was the last time she was even nominated. She came up empty-handed five times before that and hasn't drawn a single nomination since. Obviously, this is a tragedy, as Kate Winslet deserves to be recognized way more than this. I don't know what's going on with the Academy, but it's high time Kate Winslet won another award. And if her performance in Steve Jobs isn't enough motivation, here are the rest of her Oscar-worthy performances to sweeten the pot.

Winslet's first movie, when she was just 18, received an Academy Award nomination for Best Original Screenplay, and though the Academy snubbed Winslet, she won Best British Actress at the Empire Awards.

Winslet picked up her first Oscar nomination for her role in this 1995 film based on the Jane Austen novel. Although she didn't win the Oscar, she did pick up both a BAFTA and a SAG award for her efforts.

Winslet's most iconic role is undoubtedly that of Rose from Titanic. The film remains one of the most popular of all-time, and Winslet was nominated for an Oscar and practically every other major award for her performance. Although she didn't win the Academy Award, she did pick up her third Empire Award as well as some smaller trophies.

This British indie film didn't receive a ton of attention, but Winslet's performance in it was strong enough to garner her a fourth Empire Award.

Winslet earned her third Academy Award nomination for playing the young version of Judi Dench's character in this biopic. She was also nominated for a Golden Globe, BAFTA, and Satellite Award, and she won the L.A. Film Critics Association Award for Best Supporting Actress.

Eternal Sunshine Of The Spotless Mind

One of the more daring roles Winslet has taken on was in this mind-bending dramedy, where she turned the Manic Pixie Dream Girl trope on its head. Winslet earned her fourth Oscar Nomination, and took home her fifth and final Empire Award (for now).

Winslet's subdued performance alongside Johnny Depp in this film earned her both BAFTA and SAG noms, but she remarkably wound up without winning any major award.

Winslet's fifth Academy Award nomination was one of 16 she received for her role in this dramatic romance, but she incredibly only took home one, from the Palm Springs International Film Festival.

I'm not going to lie — this movie doesn't sit well with me, at all. It remains the bleakest and most hopeless portrait of of life I've ever seen on screen, and I guess Winslet deserves some credit for making me feel the way I did when I watched it. She's undeniably powerful in the role, but was largely overshadowed by The Reader which came out the same year. Still, she managed to win the Golden Globe for Best Supporting Actress while simultaneously winning for Best Supporting Actress for The Reader. Some year.

A well-respected veteran actress by 2011, Winslet earned her ninth nominations at both the Golden Globes and the Satellite Awards for this film, but only ended up winning some minor awards.

Although the film was not nearly as well-received as much of her earlier work, Winslet still managed to snag a Golden Globe nomination for Best Actress last year for this role, proving that even when she's not at her strongest, she's still better than most.

There's no doubt that Kate Winslet is a fantastic actress, and her work in Steve Jobs is some of her best in years. And even if she doesn't win an Oscar, she's all but guaranteed to gain some awards recognition, judging from her history.