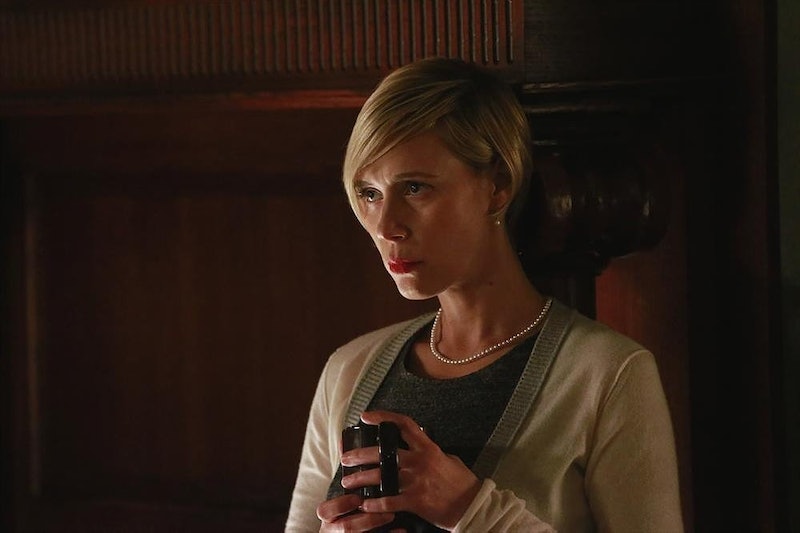 If you thought that there was no way that Season 2 of How To Get Away With Murder could possibly top the mystery of the show's freshman season, well, you were wrong. While we may have gotten the answer to the show's most intoxicating question — who really killed Lila? — Season 2 ripped open mysteries that we didn't even know existed. We learned that Bonnie killed Rebecca in the premiere of Season 2, but it's Bonnie's reasoning for her monstrous act that is the real mystery. Annalise's right hand woman insisted that she killed Rebecca to save Annalise, something she did because Annalise saved Bonnie years ago. Now, the question is, what could Bonnie have possibly meant by that?

The answer may come from Bonnie's seemingly rough past. We learned virtually nothing about Bonnie outside of the Keating law office, where she worked loyally and faithfully to Annalise, despite Bonnie's obvious crush on Annalise's now-murdered husband Sam. It was only when Bonnie decided to kill Rebecca did we get a small clue on her not-quite-so happy past.

Bonnie had every intention to kill Rebecca, which was likely why she gave her soon-to-be murder victim some insight onto how she became the kind of woman who would put a plastic bag over someone's head without thinking twice. According to Bonnie, she and Rebecca have plenty of similarities, as the "worst things" have also happened to her. In the same breath, Bonnie tells Rebecca that she doesn't believe she wasn't Lila's murderer and suffocates her to death. What does that tell us? Well, that whatever happened in Bonnie's past, it was enough to make her feel like killing someone was the answer.

We know that Frank (Lila's actual killer) sees murder as a means to an end, but most of us were shocked to see that Bonnie feels the same way. While Frank may be a killer of opportunity, I doubt Bonnie is. Coupled that with the fact that she insisted that Annalise "saved" her, it seems clear that Bonnie was rescued from a terrible home situation — one that perhaps made her think that murder was sometimes justified.

The most obvious answer to me is that Annalise saved Bonnie from a very rough home life, perhaps one with abusive parents. Perhaps Annalise was asked to defend one of Bonnie's parents, only to realize that it was Bonnie herself who really needed the saving. Annalise is roughly a decade older than Bonnie, which means that this could have easily happened early in Annalise's career, when Bonnie was still a teenager and needed a place to go.

But, parents aren't the only people that Bonnie could need to be "saved" from. There's also the possibility that Bonnie was involved in a dangerous romantic relationship, perhaps one where she had to kill her husband or boyfriend out of self-defense. Maybe what Bonnie meant by Annalise saving her was literal: She could have helped Bonnie get away with the murder of her abusive partner long before she was helping her get away with Rebecca's.

Only time will tell what really happened to Bonnie, but she's certainly this season's wildcard — and her past may be a big clue to her present.

More like this
Diana & Princess Margaret's Real-Life Relationship Was Complicated
By Marina Watts
How Is The British Royal Family Related To The Romanovs?
By Karen Fratti
Netflix Bumped Up The 'You' Season 4 Premiere Date — Here's What To Expect
By Bustle Editors
Everything To Know About 'Andor' Season 2
By Gretchen Smail
Get Even More From Bustle — Sign Up For The Newsletter