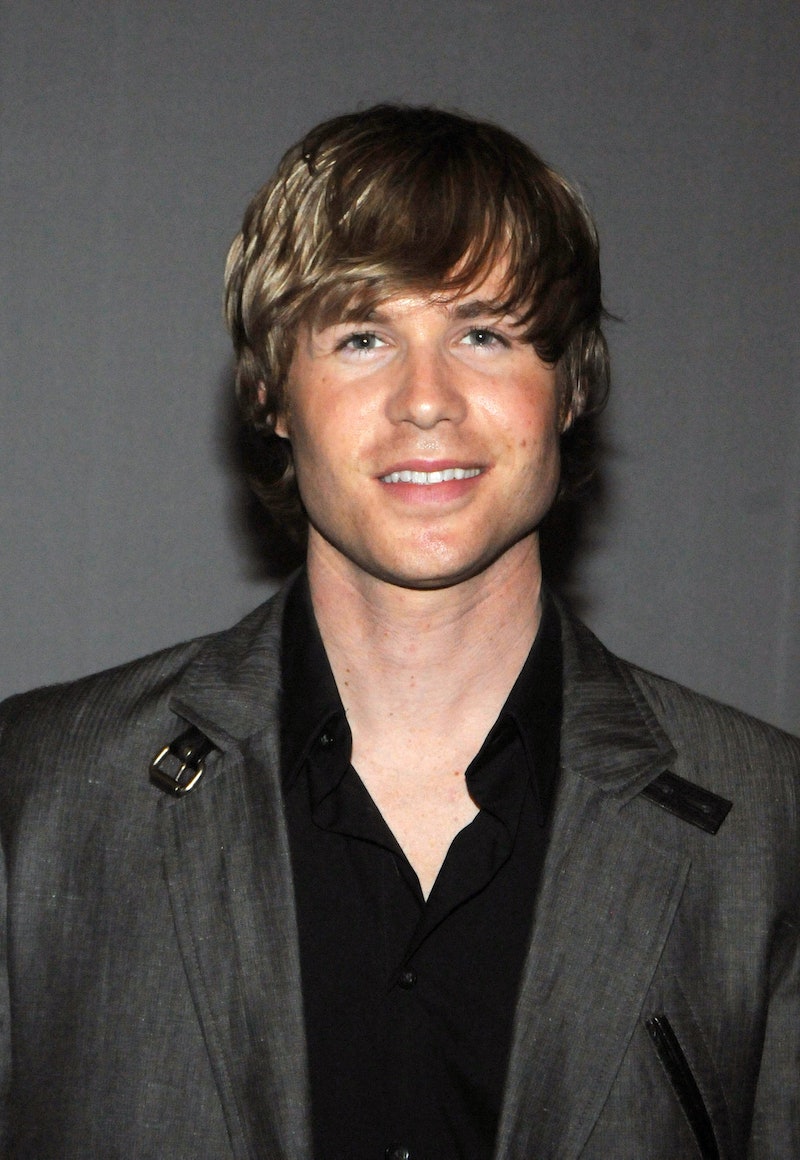 If you grew up watching MTV's reality show Making the Band and loving O-Town, you're about to feel really old. Did you know that former O-Town boy band member Ashley Parker Angel's son plays the kid on American Horror Story: Hotel? That's right, the baby you watched being born on the reality series There & Back: Ashley Parker Angel is now a famous nine year-old starring in a Ryan Murphy series. To be a bit more specific, Lyric Lennon plays Cheyenne Jackson's son, Lachlan Drake. Apparently, not only did he inherit his parents' (Lennon's mom is actress Tiffany Lynn Rowe) talents, but he also got his dad's great head of hair.

Naturally, Angel couldn't be more proud of Lennon. On Oct. 3 he tweeted, "So unbelievably proud to share with all of you that my son Lyric is going to be on the upcoming season of @AHSFX!" I'd be proud of my kid, too, especially if he or she were appearing on one of FX's biggest shows ever. I mean, that's pretty impressive. I'm sure my fellow O-Town fans can't wait to see Lennon in action. Maybe luck will be on O-Town fans' side and Lennon will bust out a song or two on the show with his TV dad, Broadway superstar Jackson. Even better if he can sing like his dad.

Until then, it should be noted that O-Town fans are freaking out and witnessing the effect of having one's mind totally blown about this casting choice. First of all, it just seems like yesterday that Lennon was a baby. Second, it's crazy that Angel's son is on American Horror Story. Third, (again) it's making a few of us feel that ol' passing of time... hard. Here's how fans who once innocently sung the lyrics to "Liquid Dreams" in their childhood bedrooms are reacting:

Lyric, thank you for bringing back all those great O-Town memories. And since this revelation has got me feeling sentimental, excuse me while I go YouTube every O-Town music video in existence.