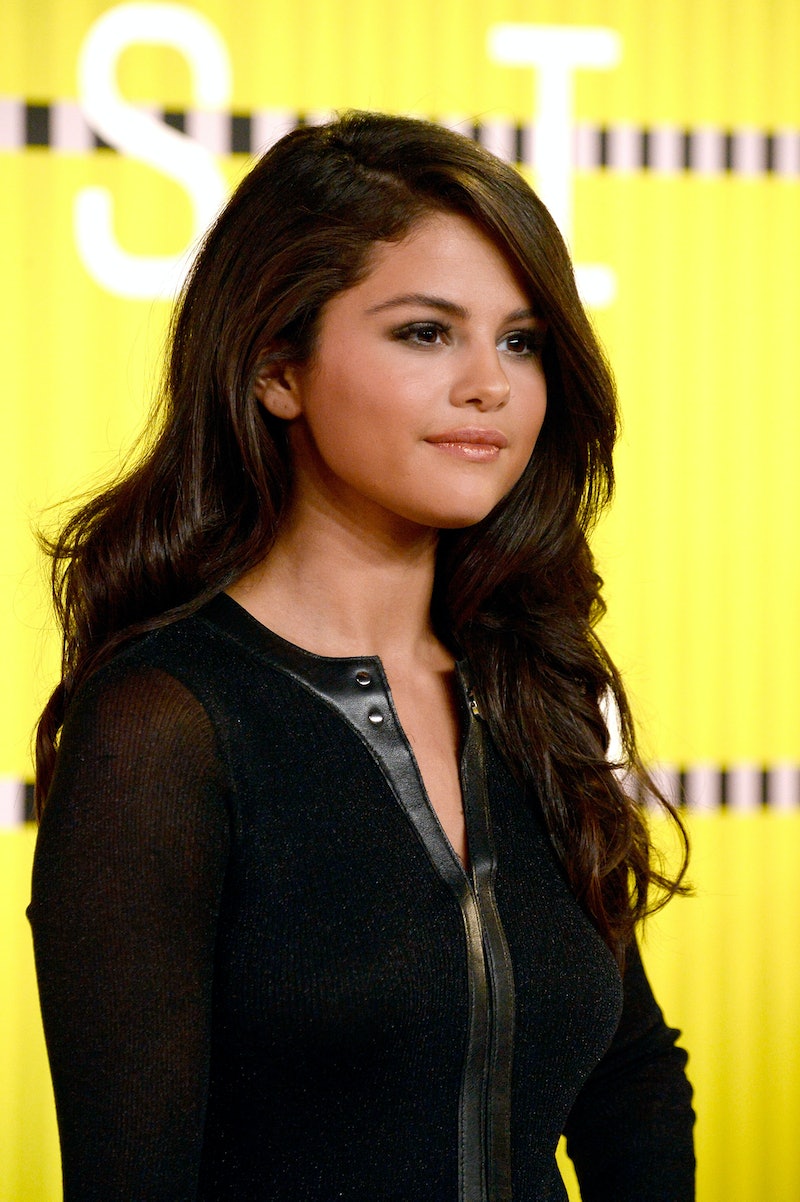 She's definitely not alone! On Wednesday, Oct. 7 an interview with Billboard was released that revealed Selena Gomez has lupus and underwent chemotherapy to treat it. “I was diagnosed with lupus, and I’ve been through chemotherapy. That’s what my break was really about. I could’ve had a stroke," Gomez told the magazine. Though she didn't specify, it's likely she meant the break she took in 2014 when she suspended the rest of her tour and voluntarily checked into rehab. Although Gomez's reveal is new, she's certainly not the only star with this diagnosis, in fact, there are many other celebrities with lupus who can perhaps lend support to Gomez as she gets back on her feet.

The Lupus Foundation of America describes the condition as "a chronic, autoimmune disease that can damage any part of the body (skin, joints, and/or organs inside the body). Chronic means that the signs and symptoms tend to last longer than six weeks and often for many years." Sadly, there's no cure for lupus, and it can flare up throughout a person's life. It also seems like Gomez's case is particularly bad, because, as the Cleveland Clinic reports, chemotherapy is not often the first course of treatment unless the diagnosis is severe.

But, though she may have the disease for life, it seems like Gomez is dedicated to putting her health first, as evidence by her focus on getting better rather than firing back at people who claimed her rehab stint was drug-related. “I wanted so badly to say, ‘You guys have no idea. I’m in chemotherapy. You’re assholes,'" she told Billboard. "I locked myself away until I was confident and comfortable again.”

And, as she goes forward with her diagnosis, she can take comfort in knowing that her fellow celebs with lupus will likely have her back. Here are some of the people no doubt in her corner.

The Bride Wars star was diagnosed with lupus of the spinal cord after visiting 17 different doctors. She was treated with chemotherapy as well and now has a whole new outlook on life. "Every single day is a gift, and I don't take one second of it for granted," she said to People.

The singer hasn't shied away from talking about her diagnosis and the struggles of living with lupus. "Some days I can't balance it all. I just have to lay in bed," she told HuffPost Live. "Pretty much when you have lupus you feel like you have the flu every day. But some days you get through it. But for me, if I'm not feeling well, I tend to tell my kids, 'Oh mommy's just going to relax in bed today. I kind of take it easy."

The rapper also suffers from the disease.

The soccer player was on the U.S. National Soccer Team when she began feeling fatigued and was eventually diagnosed in 2007. She now takes medication to control her flare-ups and uses her Olympic athelete platform to talk about the disease to raise awarness.

Although she hasn't been diagnosed with lupus, the singer did admit she tested "borderline positive" for the condition and that it runs in her family, so taking care of her health is a top priority. "Lupus is in my family, and it is genetic," she told Larry King in 2010. "The truth is I don't show any signs, any symptoms of lupus. But I have tested borderline positive for the disease. So as of right now ... I do not have it. But I have to take good care of myself."

In 2012, the star announced that he had lupus, but he hasn't let his diagnosis slow him down.

It actually drives me. It was one of those things where, even when I first got sick, I told them to turn the cameras on. I created the NCredible Health Hustle and I wanted to document this process because I wanted to inspire others that may be dealing with this condition or a similar condition. To say, you don't have to let it stop you.

He's a definite inspiration for all, and hopefully Gomez can draw comfort in not being alone in her struggle. She's been dealt a rough hand, but if anyone can muster through it, it's her.

More like this
Selena Gomez Is Fine Being Single, But She Still Manifested Romance On 'SNL'
By Martha Sorren, Jake Viswanath and Jack Irvin
Selena Gomez Explained Why A Past Album Cover Made Her Feel “Really Ashamed”
By Grace Wehniainen
Lily Allen Was “Quite Emosh” After Performing Sober At Glastonbury Festival
By Stephanie Topacio Long
Here’s How Lizzo Is Supporting Abortion Rights After The Roe v. Wade Reversal
By Brad Witter
Get Even More From Bustle — Sign Up For The Newsletter