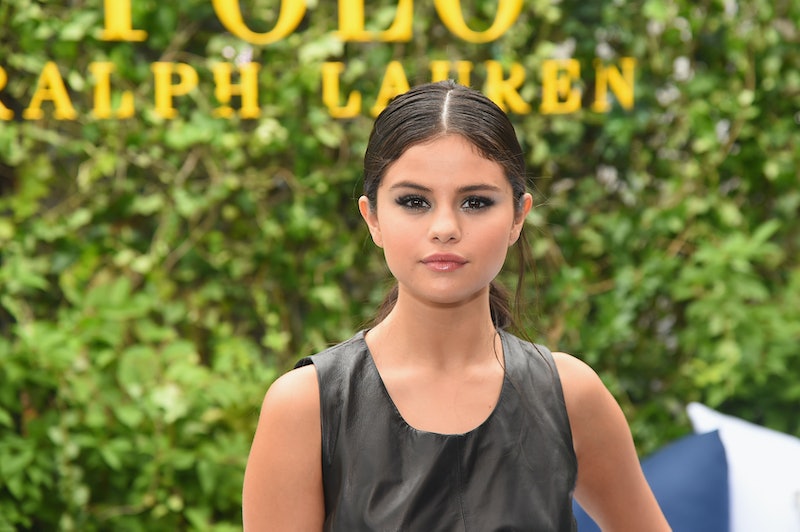 Now that actress and pop sensation Selena Gomez has revealed she has lupus and underwent chemotherapy as treatment, her fans are likely wondering how long Gomez has known she has lupus. After all, the singer/actress seems like an unstoppable force of nature: When she is not releasing new music, she is acting in movies like Hotel Transylvania and Getaway. Gomez has been building her career since she was seven years old, and despite her short break in early 2014, she shows no signs of slowing down. However, Gomez is proof that you cannot know someone's story just by looking at them: Lupus is a serious condition for which there is currently no cure, so it's shocking that Gomez could have been going through something so scary without anyone being the wiser. It speaks to her character, though, as well as her strength.

But, how long has Gomez known about her diagnosis? It is unclear when Gomez first found out about her condition and underwent chemotherapy, but it seems likely it took place sometime in early 2014 when Gomez checked herself into rehab: Gomez's reps issued a statement at the time that said she did not enter the facility for drug or alcohol addiction (and, instead, "exhaustion") but that wasn't good enough for the tabloids — something Gomez is still unhappy about. "I wanted so badly to say, 'You guys have no idea. I’m in chemotherapy. You’re assholes,'" Gomez told Billboard Magazine in an exclusive interview. "I locked myself away until I was confident and comfortable again."

Knowing Gomez was busy focusing on getting healthy during her break makes the media's reaction so much more disturbing. Speculation that her breakup with ex-boyfriend Justin Bieber is what fueled her entry into rehab seems all the more ludicrous now if Gomez did indeed take time away from Hollywood and the pressures of work to seek treatment for a chronic disease that affects millions of Americans.

Now that Gomez has spoken out about her own diagnosis, she will likely give many other people who are silently going through health crises the courage to speak out. After everything she has been through in the past two years, Gomez is ready for the next chapter of her story, which will begin with the release of her new album Revival. When Billboard asked Gomez if Bieber has inspired her to take a more "mature" approach to her music, she quickly made it clear she is on her own path. "No," Gomez said in the interview. "This is my time. I’ve deserved this. I earned it. This is all me."

Gomez has been through a difficult time in her personal life, but she clearly remains as strong and determined as ever. Unless Gomez decides to go into further detail about how long she has been living with the disease, the time frame when her initial diagnosis took place may not be disclosed. That doesn't matter though — because the 23 year old is an inspiration for speaking out in the first place. Whether Gomez has been living with lupus for months or for years, she remains a strong role model for people everywhere thanks to her honesty and bravery. In short, she deserves all the respect.