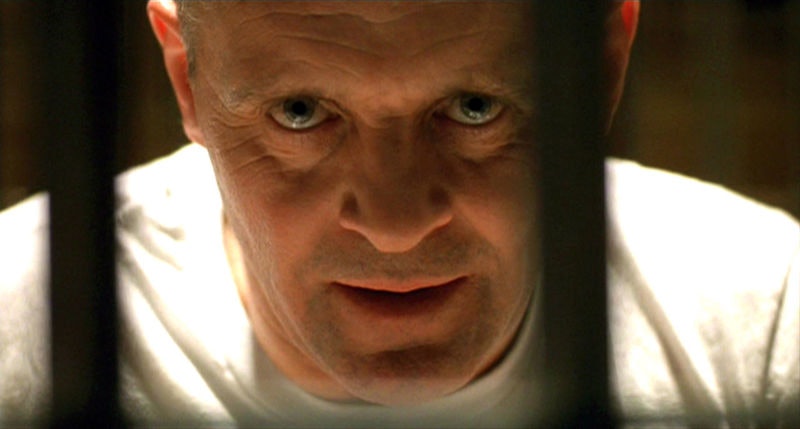 It's nearly Halloween, which is, of course, the best time of the year to get better acquainted with the world of serial killers, scary crime, and the worst that humanity is capable of. In a time where mass shootings are so common in the US that President Obama is visibly frustrated giving yet another speech about them, it can feel depressing to delve even deeper into the minds of violent criminals — but when it comes to talking about murder, particularly on a mass scale, definitions are key to getting things right, and to understanding what may really have been happening in the murderer's mind. Are all killers psychopaths? Do they work alone or in pairs? Can we find them before they commit their crimes? If these questions have ever crossed your mind, welcome to your guide.

You may think you know a lot about famous serial killers and mass murderers (fictional and otherwise). But while we may throw these terms around interchangeably, they are actually official and specific definitions created by professional crime investigators to describe the specific natures of killers and their crimes. Mass, spree and serial killers are actually very different beasts, and reporting on them really should reflect that fact – even though, as we'll see, it's harder to differentiate them than it may seem.

So get a blanket and a nightlight, and educate yourself on the depressing but necessary world of defining murderers. Hey, you'll be the smartest person in the cinema at the next horror film you catch.

Warning: this article is not for the faint of heart, or the kinds of people who get nightmares when serious crime comes up on the news. (Raise your hands. Good, now go do something else.)

Example From History: Anders Behring Breivik, who murdered 77 people in Norway on July 21, 2011

Definition: A mass killer is the name given to people behind large-scale killings like the Columbine massacre, Sandy Hook or the Aurora Batman shooting. The key characteristic of a mass killer is the intent to murder a large amount of people in one place at one time.

Psychology: A lot of space and psychological time has been given to profiling the methods and motivations of mass killers worldwide. The phenomenon of mass murder in modern society often stems from a killer's particular grievance against an establishment or group of people, who then become the target — but a mass murder can also target people he has never met or corresponded with, people disconnected from the killer's own personal experience. Those second kinds of mass killing events generally occur in situations where the victims represent some kind of ideal or position that offends the killer.

The main myth about mass killers? That they somehow "snapped" under psychological pressure, lost their hold on their morals and went out with guns blazing. Psychology Today points out that a "snapping-point" in mass murderers just isn't real. Mass killers have to do considerable dedicated planning to succeed in widespread chaos and murder — their planning stage often lasts for years, involves extensive research and costs them thousands of dollars. Many have incredibly complex fantasies of revenge and persecution: one relatively common recent phenomenon is the "pseudo commando", a mass murderer who envisions him or herself as a hero-like victim, plans things like a military operation and aims to be killed by police during the murders. Most mass killers are young adults, and the majority are male.

The line between mass killers and terrorists is pretty blurred. The real difference appears to be adherence to some kind of wider ideal. Mass killers on their own usually act because of personal hatred and self-loathing, while terrorists are committing murder for the sake of a political ideology. But many mass killers see themselves as political — Andres Breivik, for example, wrote a whopping 1500-page treatise (pictured below) on his own actions in the political context of Norway's multiculturalism.

Can you detect a mass murderer in the making? Well, as Live Science pointed out, psychopaths aren't necessarily mass killers; similarly, all mass killers are not necessarily psychopaths. And though many people blame all mass killings on mental health problems, tie between mental illness and mass killers is also a tenuous one: some mass murderes have mental disorders, others don't. Recently, would-be mass killers whose attempts didn't work were thwarted by people noticing something off in their public lives, on social media or elsewhere.

Example From History: The Beltway Snipers, who caused mass chaos with seemingly random murders in Maryland, Virginia and Washington, DC in October 2002.

Definition: A spree killer differs from a mass killer because of their performance, not their number of victims. A mass murderer's act is generally confined to one episode or episodes over the course of a very short period of time, while a spree killer's murders occur in several different locations, and are spread out over a longer period, often several days. But the FBI notes that a spree killer must have virtually no cooling-off time between the murders; it must be part of one rapid-moving act.

Psychology: Spree killers are rarer than either of the other two categories, because it's not common for people to move between separate killings so quickly. If they stagger them out, they become serial killers, like Aileen Wuornos, the inspiration for Charlize Theron's character in Monster. The main distinction between spree killers and serial killers is the idea that spree killers do not attempt to stop and reconsider between murders. They are on a "high" that does not permit them to stop.

The primary difference between spree killers and other kinds of killers also lies in the numbers. According to official FBI definitions of types of murder, mass murderers kill four or more people, spree killers two or more and serial killers more than three. And spree killings can be random or targeted. It's also been noted, in the Beltway killings and in the spree murders of Charles Starkweather in 1957-58 in Nebraska and Wyoming, that spree murderers can work in pairs, with one dominant and one submissive partner.

Example From History: Ted Bundy, likely the most famous serial killer who ever lived.

Definition: Most people think they can probably define a serial killer off the top of their heads. After all, serial killers are some of our culture's favorite nightmare fuel, with their acts often front and center in crime dramas and horror films. But defining a serial killer is not as simple as it may seem. The rationales, organizational tactics and psychological profile of a serial killer can differ radically from killer to killer. The basic definition, though, is a person who commits a series of murders over a prolonged period — sometimes over the course of decades — often with the same sort of shape or procedure. And yes, female serial killers exist, and are in fact less likely to get caught.

Psychology: There are, according to the official literature, actually two kinds of serial killers: organized and disorganized. You'd think it would take a very precise mind to murder many people and avoid getting caught, but the FBI recognizes these two types as very distinct. Organized serial killers meet the traditional stereotype: they're meticulous planners who often have routines and rituals about their murders, though they can act on impulse to take advantage of a situation. Disorganized ones don't plan at all; they simply jump into action, then flee. The division between the two types is not without controversy in the law enforcement community and beyond — disorganized serial killers seem to be extremely rare, and some people have questioned whether the divide is actually real.

There's definitely a strong tie between serial killing and a certain psychological profile, but be careful about your terms. Serial killers often fit the term "psychopath", not "sociopath" — and if you're using the words interchangeably, you're missing the nuances. Sociopaths find it incredibly difficult to fit into society, which often leads to disconnection, drifting, unemployment and a lack of meaningful personal connections. Psychopaths, meanwhile, are often extremely charming and professional, but completely lack any empathy or sense of morality.

There: you're now more informed about the different categories of crime, more aware of the psychological nuances of murderers and, likely, more annoying to watch Silence of the Lambs with.