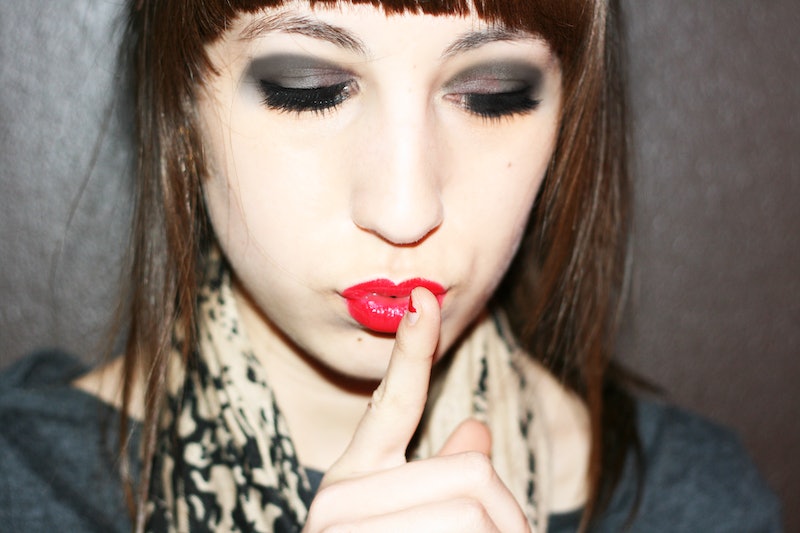 Have you ever wondered exactly what "mansplaining" means? You'd think that the term would be pretty self-explanatory, but some men just can't seem to wrap their brains around the subject, even in the face of flowcharts, videos, and articles created by women to explain why it's basically the worst. Perhaps men need someone to... mansplain it to them? That's the idea behind Project Bronx's video, "What Is Mansplaining," in which creator Adam Levine-Peres gives a three-minute crash course on the subject of sexist interruptions.

So what, exactly, does mansplaining mean? Levine-Peres defines it as a "condition that affects many men who believe it is [their] natural-born right to talk over, interrupt, and especially explain things to women on topics that affect women, are predominately about women, and that they’re probably experts on in the first place." He goes on to give examples such as a recent incident with Matt Damon, in which he mansplained diversity to the Effie Brown, the only woman of color in the room. As Levine-Peres points out, this is also an instance of "whitesplaining," but that's enough material for another video entirely.

"Men with this condition feel that our opinions matter so much that they have to be heard, even on subjects that we don't have a damn clue what we're talking about," he continues.

If you've ever identified as a lady, chances are this phenomenon is painfully familiar in all its condescending glory.

However, as Levine-Peres points out, it's not as if all men are born with the desire to barge in on conversations where their opinions are unwanted. The roots of mansplaining can be traced to social conditioning; traditionally, men are rewarded for dominating conversations. Think about it — men often literally take up more space on public transportation, and the same thing happens, so to speak, in conversations as well. In the same way that women are conditioned to silence their own voices, men are told from birth that their opinions, thoughts, and feelings are more valuable than women's.

Luckily, there is a cure. "Basically, as guys, we have to dig deep and really think to ourselves, 'Do we know what we are talking about?'" Levine-Peres explains. "If the answer is no, shut up."

If you're anything like me, your initial reaction was to question the need for a man to explain mansplaining — women shouldn't need the voice of a man to be taken seriously on any subject, let alone the topic of sexism. On the other hand, it's not as if Levine-Peres is taking away opportunities for women to speak (unlike Matt Damon), and his video is far outnumbered by those created by women. Besides, it warms my cold, cynical heart to see a man being such a fantastic ally.

If you're still having trouble with the topic, though, no need to worry. Based on the video and my own experiences in 23 years of possessing a vagina, I've put together a list of six indicators of the dreaded mansplainer. By no means is it comprehensive, but if you find yourself checking off more than a few of the following symptoms, please see your local feminist provider.

If you find yourself constantly interrupting women to continue your train of thought, you're probably a mansplainer. And also a jerk.

2. You Think You Know All About Sexism

Are you a dude who considers himself a feminist? Awesome! Do you think you know more about feminism than a woman, who has experienced sexism up close and personal in ways you never had to worry about? Not awesome.

3. Women Are Always Changing The Subject

Sure, we could take the time to school every man who thinks he knows better than us, but sometimes, it's just easier to move on.

4. You're Always Getting Glared At

If women are always glaring at you for seemingly no reason, you might want to stop and consider how long you've been pontificating about catcalling. We're intimately aware of the subject, I promise.

5. Women Routinely Tell You To Shut Up

If it's a subject you don't know anything about but you're still talking like it's a public forum, please listen to the women telling you to shut up. Please.