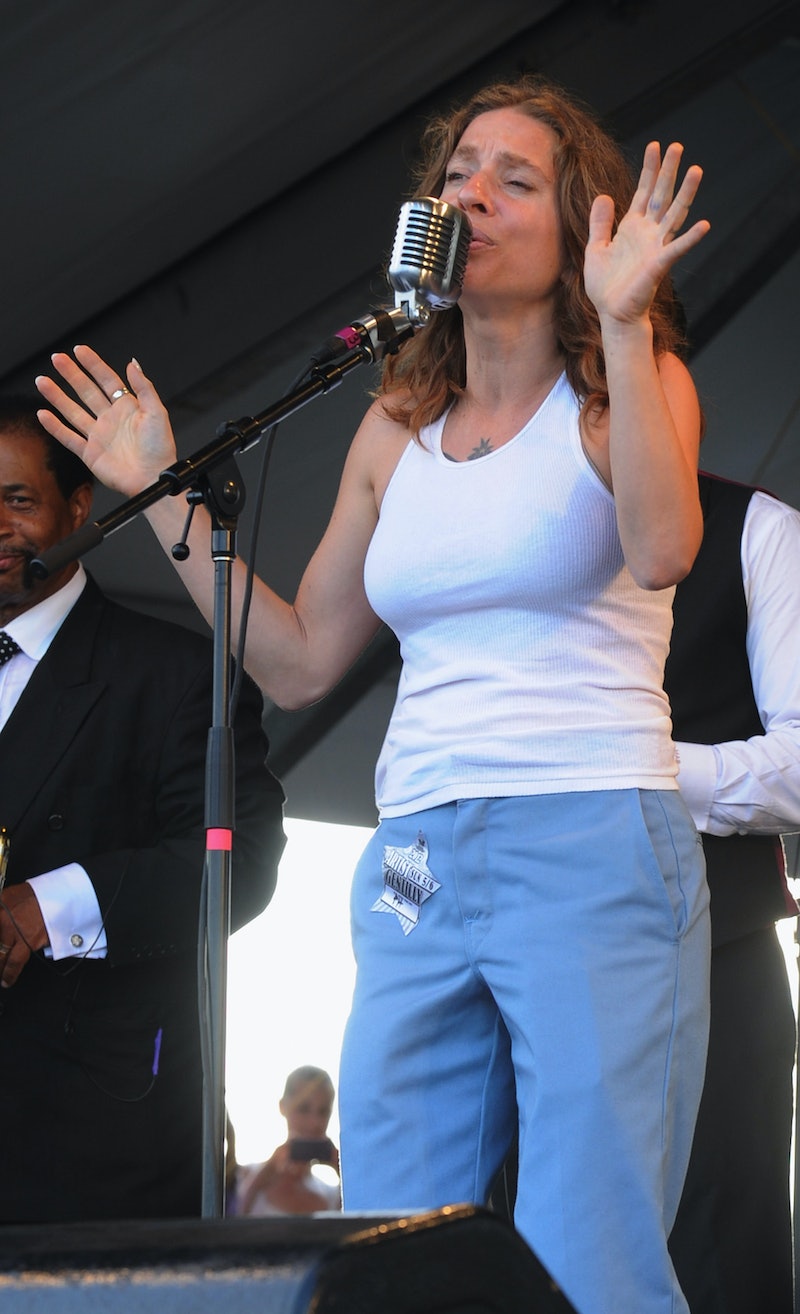 ICYMI among all the end of year listicles and New Year's Eve makeup tutorials: Ani DiFranco planned a "righteous retreat" at ye olde-timey slave plantation, the Nottoway Plantation and Resort located in White Castle, Louisiana. She got called out immediately for her privilege-blind bullshit on the event's Facebook page which has since been deleted, sat on her silent ass for a few days, and then wrote a delicious non-apology on her website, Righteous Babe. It's all so horrific, like if the Coen Brothers were writing a movie about weak, racist feminists. Her "apology" was so aggressively a non-apology that it was like a snake eating its own tail, except the snake is coincidentally a racist that does not understand how there could be implications to holding a "feminist" songwriting retreat at a temple of bigotry and oppression. One of the worst shit bits from her response: "for myself, i believe that one cannot draw a line around the nottoway plantation and say "racism reached its depths of wrongness here" and then point to the other side of that line and say "but not here." Yes, exactly, FOR YOURSELF. Newsflash Ani DiNoNo: you CANNOT reclaim a space whose oppression you inherently benefit from.

Luckily some helpful Twitter users offered counsel on some locales Little Miss Self-Righteous could reschedule her event at. Behold, #AniDiFrancoRetreatIdeas:

Do these hurt? Do they make you cringe? Good. They should. Just like a woman attempting to hold a feminist funfest at a slave plantation, disregarding the very real pains of history and oppression. I leave you with some real talk from Roxane Gay:

Will DiFranco relocate the retreat? My only idea for her is to reschedule it in hell.

More like this
Iran Has Issued A Death Sentence Over Mahsa Amini Protests
By Catharina Cheung, Darshita Goyal and Maxine Harrison
Here’s How To Turn On Instagram Post Notifications
By Megan Grant and Alexis Morillo
Here’s How To Find Your Apple Music Replay For 2022
By Melanie Mignucci
Here’s How To Make The Spotify Music Festival Lineups Taking Over Instagram
By Alexis Morillo
Get Even More From Bustle — Sign Up For The Newsletter