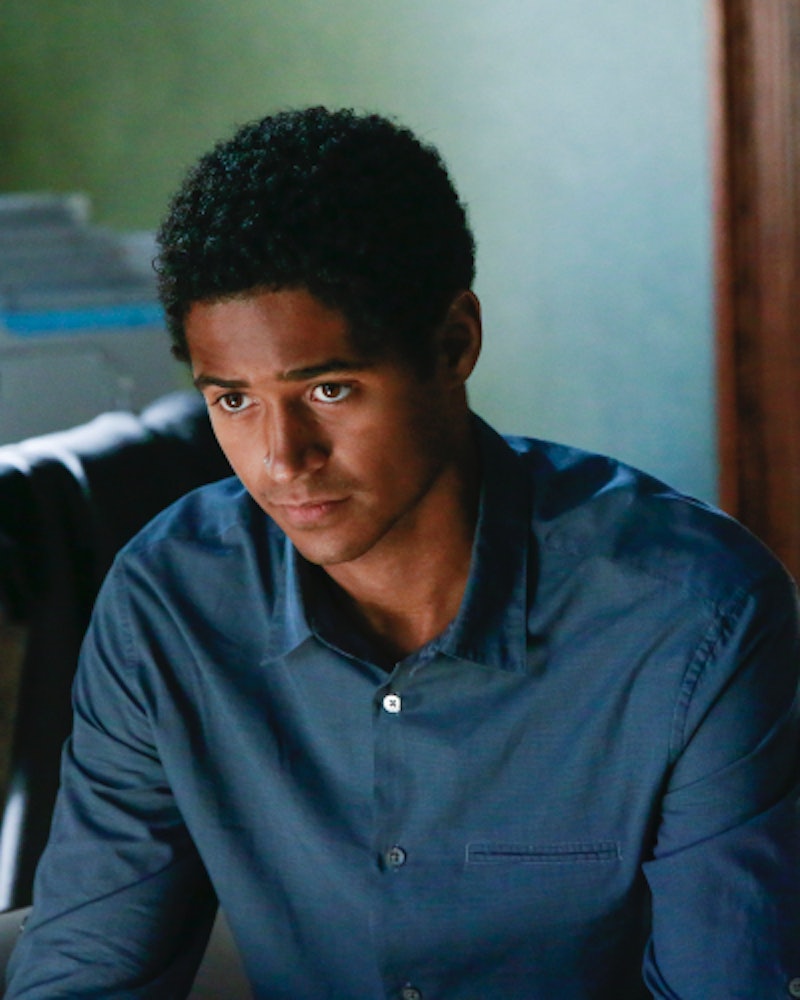 With every piece of information we're given, a thousand new questions spring up. That's what happened when we finally learned what Eggs 911 meant only to then be left wondering what on earth Nate and Wes are planning on How To Get Away With Murder. The two are kinda sorta connected, I think. See, Eggs was Rebecca's nickname in her foster home (which she shared with Levi, Michaela's slightly-sketchy new BF). Wes learned that when Levi admitted Rebecca was scared and confided that if anything happened to her, it might be Annalise who was behind it. Naturally this upset Wes, who may or may not still be into Rebecca. (Too bad she's dead.)

Anyway, with Wes' belief in Annalise further shaken by the Eggs reveal, he went off in search of "the truth" and landed at Nate's house. After Nate shoos an apologetic Annalise away from his door (she was all, "I'm sorry I framed you for murder, forgive me" and he was all, "hell no") Nate turned to Sam and said "I'm in." Next thing we know it's three months later and Nate arrives outside the house where Annalise was shot only to find all her students hiding in the bushes. He doesn't rat them out though, but invites them into his car presumably to help them escape. So, what's going on? Are we supposed to believe Nate and Wes plotted Annalise's attempted murder? That's the direction we're being lead in, but I don't buy it. After all, Season 1 taught us nothing is as it seems on this show.

Nate looked surprised to see the students there, which he wouldn't have been if this was his plan. He also called Annalise earlier hoping she was OK, which he wouldn't have done if he wanted her dead. (Unless that call was supposed to help in a possible alibi, I guess.) I know he's mad at her, and Wes might be too, but they're also both quasi in love with her, I think. So, there's no way they'd plot her murder. At least not yet.

Maybe they were planning instead how to find Rebecca. Neither of them knew she was dead, and both were connected to her prior to when things went wrong. With Nate's history of being a detective, he could be a big help to Wes in trying to locate Rebecca, and maybe Nate feels responsible for getting Rebecca mixed up in the Lila/Sam thing and wants to do what he can to make sure she gets home safe.

Whatever it is, though, they're an odd pairing, for sure, and it's even stranger that they're both at the scene of Annalise's crime. I don't know what happens in the next three months, but it doesn't look like it ends well for either of those guys.