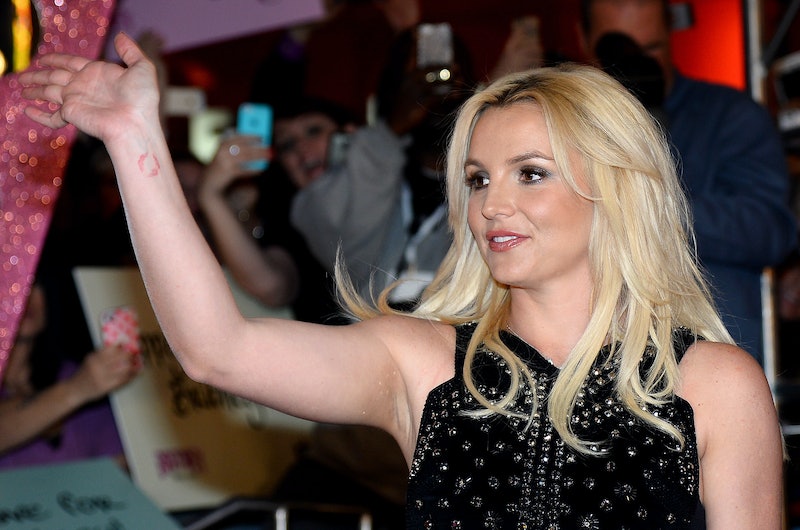 YOU BETTER WORK, BITCH — And it looks like Britney Spears is doing just that. The Britney Jean singer kicked off her two-year residency in Las Vegas with the debut of her new stage show "Piece of Me" over the weekend and it was truly the Britney revival we've all been waiting for. Not only did she debut the show for an A-List heavy audience that included Miley Cyrus, Katy Perry, and Selena Gomez but she essentially tore down the house and proved that there's still a little "I'm A Slave 4 U" Britney in there. Remember all of those rehearsal videos and selfies fans got, courtesy of the pop princess, over the past few months? Well it looks like those rehearsals paid off — Britney Spears' wardrobe malfunction proves she's literally dancing so hard that her clothes are coming off and it's so funny that it's awesome. We're serious. So, TAKE THAT HATERS.

While performing her 2008 hit "Circus" on Dec. 29 all eyes were on the singer when the zipper on her itty-bitty sequined dress split while she was "in the center of the ring" (well, really just on stage) after a pretty well-executed spin.

She may not be singing, but she's moving so strongly that her clothes can't even handle it — they're literally bursting at the seams. What's even better about all of this is that Britney just keeps on dancing the quick, complicated choreography because she's that much of a professional that not even her unprofessional, self-sabotaging clothing can stop her. It's also clear that we're witnessing an epic and triumphant Britney Spears revival that will only get "Stronger" and more in-"Toxic"-ating in 2014. Can you think of a better way to start the year than with Britney's clothes coming off? Because I can't.

It's Britney, bitch and she's back. If you don't believe us, here's the video proof.