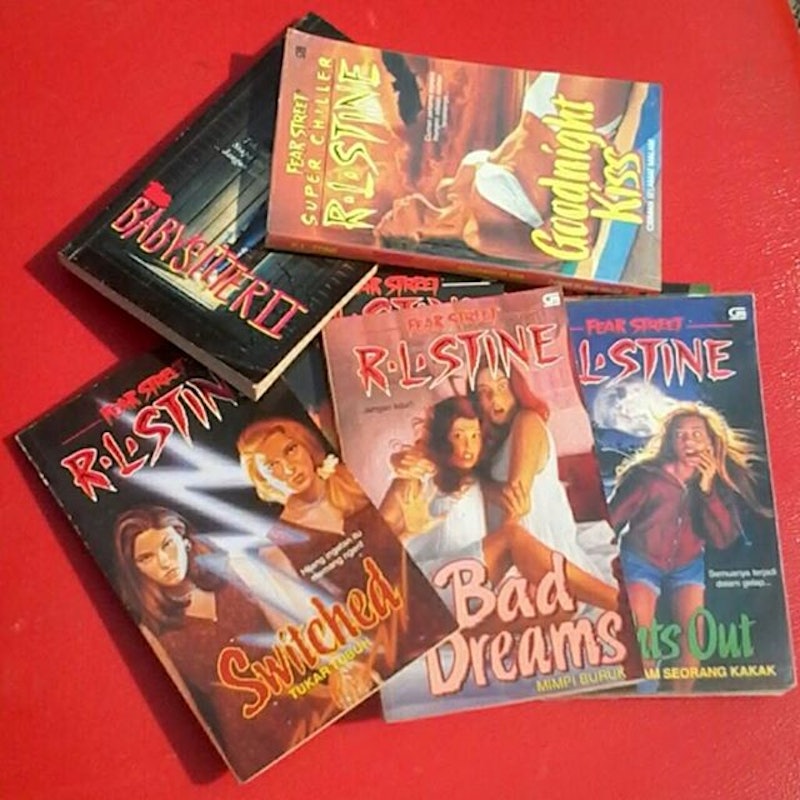 In a Friday exclusive from TheWrap, 20th Century Fox and Chernin Entertainment announced that a Fear Street movie, based on R.L. Stine's YA horror series, is in the works. The news comes just one week before the Goosebumps movie hits theaters on October 16. So call your mom and ask if she still has your Fear Street collection in that box in her basement, because you're going to want a refresher course.

Where Goosebumps is Jumanji -meets-B-movie, Fear Street will almost certainly appeal to fans of 1970s and '80s slasher films — such as Friday the 13th, A Nightmare on Elm Street, and Halloween — which featured teen protagonists fending off serial killers as their friends were chopped to pieces. Scream subverted the tropes laid out in those movies by casting horror buffs as its villains, and I expect Fear Street will do the same.

No release date for Fear Street has been announced at this time, and it seems studio execs have asked Stine to keep mum about the details of the project. The author confirmed that the film was in the works, but noted: "I'm not allowed to say ... I’m usually a loose cannon but they really didn’t want me to talk about it." Fingers crossed we'll have more info soon.

More like this
16 Novels That Paint A Realistic Portrait Of Abortion
By K.W. Colyard
Lauren Rae Is Bringing Back The Sex And The City Vibes In Her New Memoir
By Shahed Ezaydi
The 'Hocus Pocus' Sequel Finally Has A Release Date & It Makes Total Sense
By Shannon Barbour and Radhika Menon
Everything To Know About 'My Big Fat Greek Wedding 3'
By Grace Wehniainen
Get Even More From Bustle — Sign Up For The Newsletter