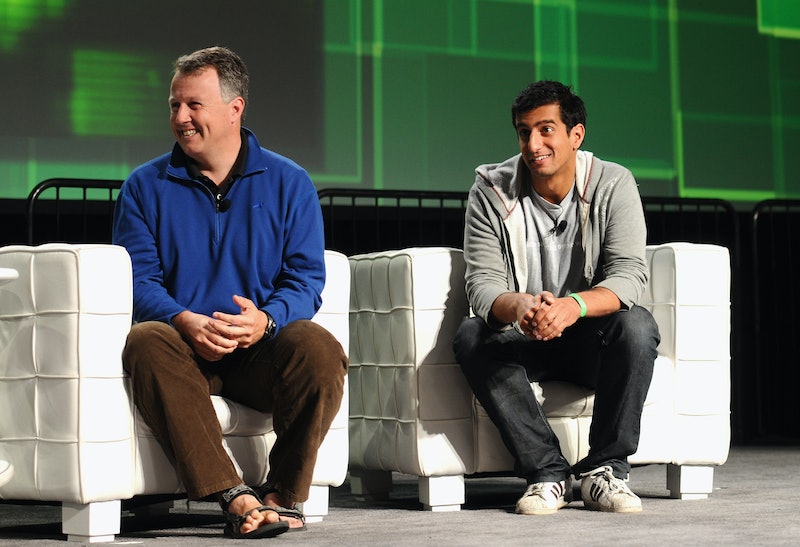 We've heard a lot about sexism in the technology industry this year. But just when you think we've heard enough, another scandal comes along: Paul Graham, co-founder of Y Combinator (an organization that provides seed funding for start-ups), is facing criticism over remarks he made to The Information about female hackers. (Of course, this would be happening on the last day of the year). Graham allegedly told The Information :

It's already too late. What we should be doing is somehow changing the middle school computer science curriculum or something like that. God knows what you would do to get 13 year old girls interested in computers. I would have to stop and think about that.

We can't make women look at the world through hacker eyes and start Facebook because they haven't been hacking for the past 10 years.

Given the number of scandals this year — the studies that have shown women are still enormously underrepresented in tech, even in comparison to other STEM fields; the rape joke at Microsoft's presentation of an XBox One console game; the fact that only a month ago did Twitter assign a woman to its board of directors — it's no doubt that many people saw Graham's remarks as a symptom of the larger exclusivity of the tech industry.

But the Graham scandal is complicated. A lot of the controversy hinges on The Information's omission of the word "these" from one of Graham's quote.

Here's an excerpt of what Graham had to say to Valleywag:

I actually said (they gave me a the raw transcript of that bit) is "We can't make these women look at the world through hacker eyes..." Notice that "these," which was cut by the editor. It was a reference to the preceding discussion, which was also cut.

Without the "these" it sounds like I'm making some kind of statement about women in general. Actually I was explaining the difference between hackers and CS majors. Majoring in CS is neither a necessary nor sufficient condition for being a hacker. I.e. I was saying something as true of men as women.

There are further complications about the language that we won't get into. Check out The Information co-founder Jessica Lessin's response here and Graham's blog post response to the entire fiasco here.

What we will get into is what some of the reactions on Twitter say about the endemic problem of female underrepresentation in tech.

And here's the reaction we should all be having:

Reaction 3: "Why don't we focus instead on solving the problem of sexism in tech?"

A couple of Tweeters hit on this:

That's not to say that all of these reactions aren't valid — judging from the responses by Levin and Graham, Graham's quote was distorted by the omission of the word "these." While we're not sure to what extent Graham was trying to save face with his further clarifications, the number of misunderstandings on both side makes it difficult to condemn him.

On the other hand, we need to stop treating accusations of sexism as scarlet letters. As writers like Ta-Nehisi Coates point out, good people can still contribute to systems of inequality: good people can be racist, and Alec Baldwin's use of homophobic slurs are bigoted — regardless of his previous support of marriage equality.

Likewise, sexism in the tech industry does not mean all techies are sexist.

Rather than pointing out that Graham has now revealed himself as a sexist or defending Graham's character to the death, we should be focusing on the real questions: how do we get more women in tech? How do we do that while sexism is still a pervasive force not just in that industry but across society overall?

More like this
13 Selfie Instagram Caption Ideas That Exude Main Character Energy
By Jessica Booth and Emma Carey
How To Use Instagram Story Highlights So Everyone Sees Your Fave Stories
By Brandi Neal and Emma Carey
WhatsApp Will Soon Let You Leave Group Chats Silently
By Darshita Goyal
On TikTok, Users Are Pranking Their Loved Ones With Minions Makeup
By Emma Carey
Get Even More From Bustle — Sign Up For The Newsletter