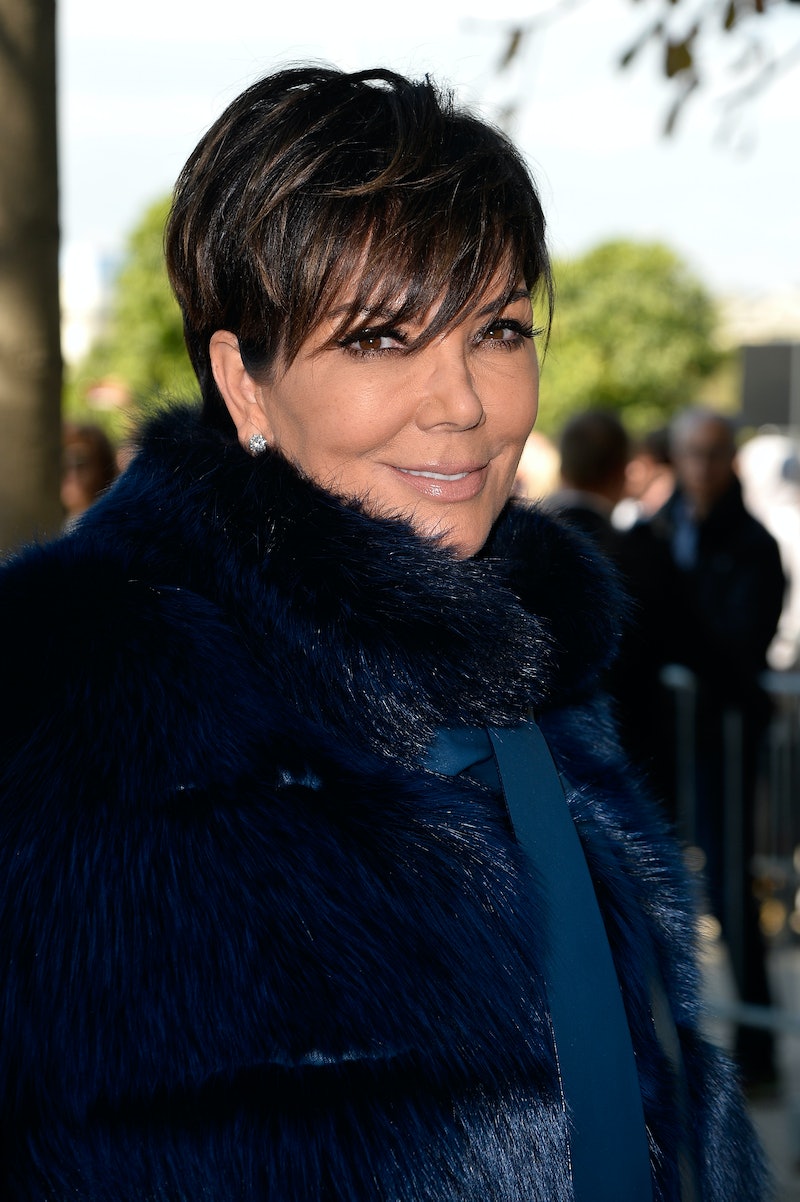 It's been a rough summer for Kourtney Kardashian. The mom of three separated from longtime on-and-off again boyfriend Scott Disick, and has dealt with a media onslaught ever since. And apparently, she's also had to deal with her family's opinions about her love life. In a clip from the Sunday night finale of Keeping Up With the Kardashians, Kris Jenner disses Scott Disick and stands by her daughter Kourtney. The clip shows Kim receiving a call from cousin Cici Bussey, who spotted a Daily Mail article that featured photos of Disick on vacation with another woman. Kris, ever the momma bear, is immediately shocked, angry, and protective of Kourtney, exclaiming, "No! That piece of s--t!" and searching online for the photographic evidence.

Sadly, both Kim and Kris locate the photos online, and as we all know, this situation marked the beginning of the end for Kourtney and Scott. The discovery of the photos led to an announcement that Kourtney and Scott split up over the July 4 weekend this past summer. And judging by this clip, I'm sure Kourtney had the full support of Momma Kris during this painful time. Say what you will about the Kardashians and the infamous "momager," but it's good to know that Kris will always stand by her daughters no matter what. When Scott was still with Kourtney, Kris embraced him as family, no matter how many problems he's had. But now, it seems, she's had enough. "I think I’ve often made excuses for Scott, and it’s just getting tougher and tougher," Kris says in the clip.

This isn't the only time Kris has shown support for her daughters' decisions. She reportedly supports her daughter Kylie's relationship with rapper Tyga, 25, despite their age difference and (ahem) the fact that they began dating before Kylie turned 18. Kim is currently pregnant with baby No. 2, and Kris revealed last month that her daughter is craving sweets big time — especially the ones Kris makes. And of course, like any good mom, Kris gives her the homemade desserts she craves. Most of all, it was hard for Kris to come to terms with Caitlyn Jenner's transition, and they reportedly didn't speak for six months, but at last, communication has opened up between the former couple.

So even if it takes some time, Kris is definitely there for her family, no matter what.