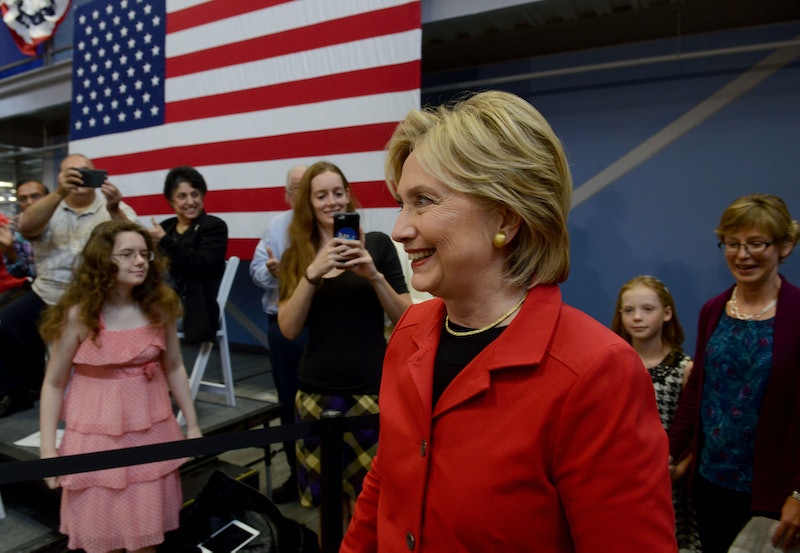 Republicans have already been treated to several unforgettable presidential debates, and on Tuesday, the Democratic contenders for president will have their first moment in the sun. To those on the right, the Democratic debate may seem like a great opportunity to take care of errands, get a cavity filled, or finally start reading War & Peace. And yet, as counterintuitive as it may sound, Republicans should watch the Democratic primary debate.

For reasons that are wholly understandable, watching debates on the other side of the aisle aren't most people's idea of a good time. Unless you're a die-hard political junkie — or, alternatively, a masochist — watching a forum between a bunch of politicians you despise probably isn't an appetizing way to spend a Tuesday night. But watching such debates can actually be an illuminating, educational, and even entertaining experience. To test this theory, ask any Democrat who watched Donald Trump at the Republican debate if they regret doing so.

Republicans with a stake in the election have a lot to gain by watching Hillary Clinton, Bernie Sanders, Martin O'Malley (yup, he is a guy who is running for president), and the rest of the field duke it out in Las Vegas next week. Here's why.

If you're a Republican, you probably aren't a very big fan of any of the Democratic candidates. But that's exactly what makes it fun to watch them debate: You have nothing at stake, and every contentious interaction between candidates is an opportunity to see your opponent — one of them, at least — get criticized in front of a live studio audience.

If Sanders is caught flat-footed when Clinton rips him on gun control, that's a satisfying thing for you to watch. If Sanders bashes Clinton's economic policies, and the crowd goes wild, that's also satisfying to watch. No matter who loses the argument, you, dear Republican, win.

2. It Will Help You Cast Your Own Vote

In a presidential primary, watching the other side's candidates is invaluable because the knowledge you gain can help you determine how to cast your vote in your own party's primary.

Suppose you see Clinton collapse at the first debate and conclude that she'll be a terrible general election candidate. In that case, you may be compelled to vote for a conservative but divisive Republican who you truly believe is the best option. But if she performs spectacularly, you may instead cast your vote for a centrist Republican with mainstream appeal, as they would likely stand a better chance against a strong Democratic.

3. You'll Get Better At Debating IRL

If you're the type who winds up arguing about politics with friends, family, or message board commenters on the regular, watching the other side debate is an excellent way to prepare yourself. Tuesday's forum will showcase not only liberal positions, but the degrees of gradation and nuance within those positions.

It's easy to characterize your opponents' views in the worst terms possible. Oppose food stamps? You must hate poor people! Oppose mass incarceration? You must love criminals!

But those are just stereotypes. They're often inaccurate and contribute to the acrimony and vitriol that permeate political discourse. Watching a politician you disagree with express their position to a sympathetic audience, on the other hand, offers a glimpse into what truly motivates them. It's a chance to actually empathize with the other side, even if you still ultimately disagree with them. And that can be helpful in many cases, such as meeting your new partner's parents.

The first two Republican debates were entertaining in their own right, but the real-time commentary was every bit as enjoyable. Pithy liberals on the Internet joined together to highlight every single Republican misstep on that stage; no blunder was left untouched, no stammer left not mocked.

On Tuesday, the conservative denizens of Twitter will be more than happy to return that favor — and considering how long it's been since the last Democratic primary debate, you can bet they'll come out guns blazing.