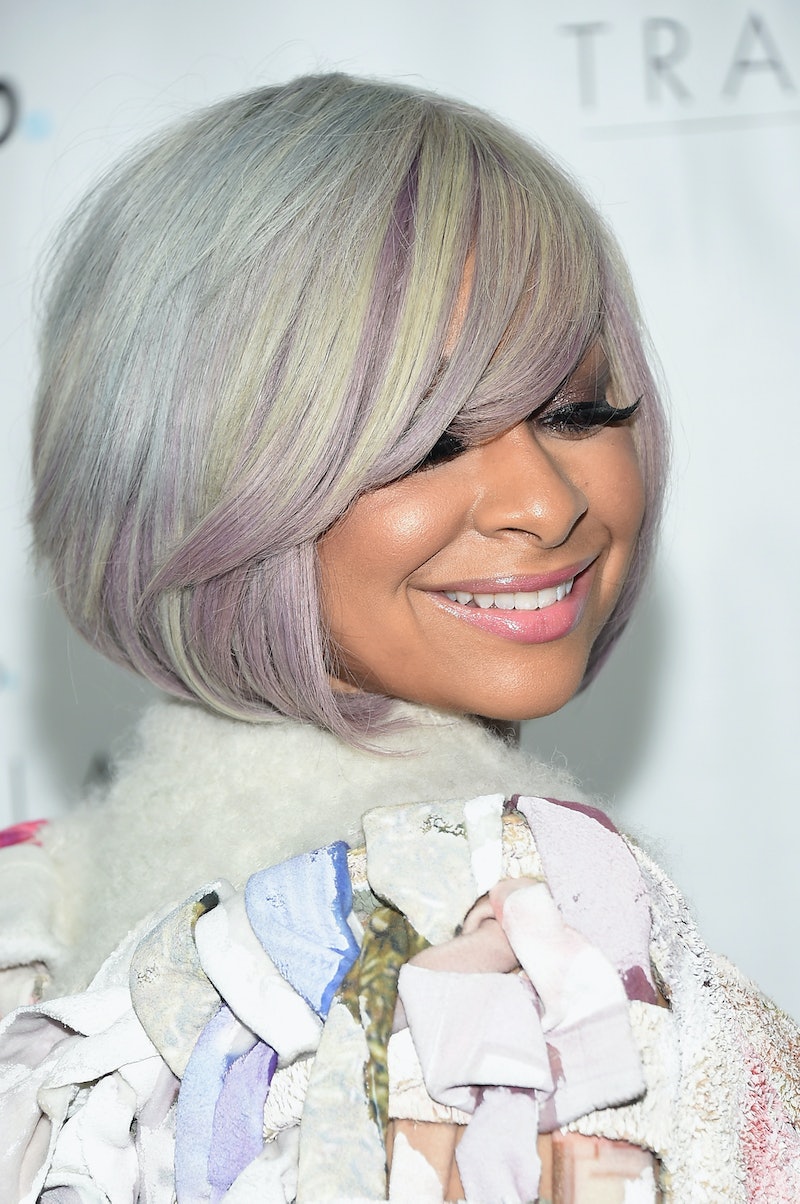 Controversy and Raven-Symoné are starting to go together like sleeping with a teddy bear. On Friday, The View co-host received a lot of criticism when Raven-Symoné said she wouldn't hire people based on their names. Specifically, during a segment called "Are You Judged By Your Name?," the host spoke about a YouTube video about "ghetto black names" and said that, "Can we take back 'racist' and say 'discriminatory?' Because I think that's a better word. And I’m very discriminatory against the words like the ones that they were saying in those names. I'm not going to hire you if your name is Watermelondrea. It's just not going to happen. I'm not going to hire you." Naturally, two days later, Raven-Symoné is apologizing for her controversial comments, after being a trending topic on Twitter due to the sheer volume of people disagreeing with her and her reasoning.

The apology was posted on Sunday after Raven-Symoné's father spoke out on his daughter's behalf, stating, "I certainly don't agree with what she said... but she is damn near 30 years old. She's a grown ass woman making grown ass mistakes. We all have been guilty of this." That's pretty much what you would expect a father to say when their child wades into a controversy like this one, but the fact of the matter is that this isn't the first time that Raven-Symoné has said something controversial and been forced to clarify her comments later. This time, she wrote in a Facebook post:

My comments about discrimination have spun out of control. I'd like to begin by saying that I was not attacking a specific race, but repeating a name that was said in a viral video which has received over 2 million likes.

I have been denied many jobs because of my skin color, body size, and age. Each time I was rejected, my self esteem was negatively effected, so i empathize with those who feel victimized by what I said. We would hope that when it comes to hiring, our names, physical appearance, sexual orientation, and age would never outweigh our qualifications, but often times, they do, thats the truth and it sucks. But I should not be part of the problem, I should be part of the solution.

As an equal opportunity employer, I have never discriminated against a name.... even though I said I would, it's not true. My comment was in poor taste. My lack of empathy towards name discrimination was uncalled for.

The first and most obvious thing is that for Raven-Symoné to claim to be not attacking a specific race was a moot point, because the YouTube video that she took the name from was one literally titled "Top 60 Ghetto Black Names" — so whether she meant to target a specific race or not doesn't matter when the name is placed in the context that everyone took it in. However, while the rest of her apology was both fair and sound, it falls pretty short of explaining why exactly she said that on a widely-watched television program like The View if she didn't actually mean it. While I'm glad to know that those aren't a reflection of Raven-Symoné's true beliefs or hiring practices, and while I'm glad that she is apologizing for her words, I still can't help but wonder why she would even have said that and perpetuated that harmful stereotype to begin with.

One could argue that she was simply playing devil's advocate or being a troll during the discussion, saying the most outrageous thing possible in order to prompt a discussion. However, if that were the case, one would think that Raven-Symoné would have mentioned that in her apology, because it's a fairly understandable explanation as far as I'm concerned. The fact that her apology omits any kind of reasoning for her words is kind of glaring, and makes it hard to completely swallow the apology as a sincere one. I appreciate it for the contrition that it is, but she could have taken this a bit further.

At the end of the day, I'm glad that Raven-Symoné recognized that she went a little too far with this topic of discussion, and made the mature decision to try and apologize for, and clarify, her comments. It's a step forward in the right direction for the controversial host. Check out her full statement below.