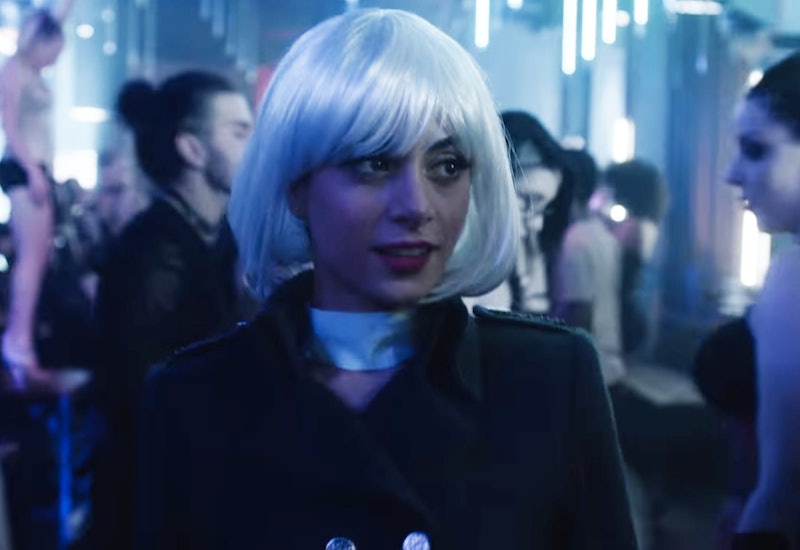 If you weren't already a fan of Cassandra Clare's The Mortal Instruments series, then the upcoming ABC Family show Shadowhunters might be the thing to convert you. Not only is it action-packed with a supernatural flair that has become so popular among the youth these days, as evidenced by the six minute preview of the show that was shown at New York Comic-Con, but it's also focused on something that not many shows prioritize even in these modern times: POC representation. In addition to the Asian Magnus Bane, played by Harry Shrum Jr. for the series, three of the main cast of characters are being played by people of color when they were white in the original novels. According to the actors, that was incredibly intentional.

Alberto Rosende, who plays the Jewish Mundane-turned-vampire-turned-Shadowhunter Simon Lewis, said, "It’s been awesome to see that response [from the Latino community] because it is something we think about — breaking the mold. With a name like Alberto Rosende, it's like, 'you’re going to play Simon Lewis?' We feel like Simon is Simon, it doesn’t matter where he’s from. If you’re true to yourself — and that’s something [Emeraude Toubia] and I wanted to show — that if you’re true to your culture and your heritage, you’ll just get there." For those who might have been worried that Simon's Latino background might detract from his original Jewish heritage, worry not. Rosende very firmly reassured a fan that the Simon of Shadowhunters is still a very Jewish Simon.

In addition to Simon being Latino, Luke Garroway, Clary's father figure, is being played by Isaiah Mustafa — best known to the world as the "Old Spice" guy — and, apparently, Mustafa is as kind and patient a figure to the actors behind-the-scenes as Luke is to the teens in the book. Then, there's Emeraude Toubia, a Latina girl who has been cast in the role of Isabelle Lightwood aka certifiable badass female Shadowhunter. As Toubia proudly declared at the panel, "I hope my role as Izzy opens the door to more people who look like me." And that, I think, is the most important thing that the upcoming ABC Family series is adding to the world of the Shadowhunters.

As good as something is, it can always be improved upon, and the addition of so many people of color in main character roles is a definitive improvement. When a young Latina girl turns on her television and sees a character like multifaceted Izzy, who, though icy and arrogant and frequently bratty, is a strong fighter and a total girly girl, a loyal friend and sister and a walking snark factory, it's an inspiration to them. Hell, when a young Latina girl who aspires to be an actress sees Toubia in the role of Izzy, a character that was original white, it says to them that anything is possible, and that there might one day be no roles that are closed to them just because of their heritage.

You'd think all of that would be enough, but, as all Mortal Instruments fans know, the main cast is rounded out by Magnus Bane and Alec Lightwood — two LGBT characters who eventually fall in love with one another and become, frequently, an even more stable couple than even Jace and Clary or Simon and Izzy. Even better, according to Matthew Daddario, who plays Alec, "If you’re a fan of Malec, you might be happy" by what's to come on the show. Shrum Jr. also assured fans that one thing that Magnus and Alec are not are "caricatures."

That assurance wouldn't seem like very much, considering we expect a depth and emotion and nuance to every single character that we watch on TV, but it's ridiculous how often characters of color or of a non-straight sexual orientation often fall into stereotypes and caricatures even in the hands of well-meaning writers and directors. The fact that there will be a specific focus on making sure that Magnus and Alec have a storyline, and have personalities, that reflect the emotional depth and flawed nuance of their personality in the books is a truly powerful thing.

So where does that leave us? We have a cast consisting of two Latino characters, one Asian character, one black character, and two LGBT characters — so far. If there was one thing to take away from the Shadowhunters panel, it's that the show is making a concentrated effort to not only tell a good story, but to also tell a good story that is not told through a solely white heterosexual lens by default. The dedication they've shown to the original spirit of Clare's novels, while adding their own groundbreaking decorations, is sure to satisfy and thrill any fan of the series.

More like this
Viktor Hargreeves’ Coming Out Scenes Are The Sweetest Part Of Umbrella Academy Season 3
By Gretchen Smail
Regé-Jean Page Spoke Out On His Rumoured 'Bridgerton' Return
By El Hunt and Maxine Harrison
'Stranger Things' Season 4 Volume 2 Trailer Teases New Episodes Coming July 1
By Grace Wehniainen and Gabrielle Bondi
The 'Ms. Marvel' Review Bombing Controversy, Explained
By Radhika Menon
Get Even More From Bustle — Sign Up For The Newsletter