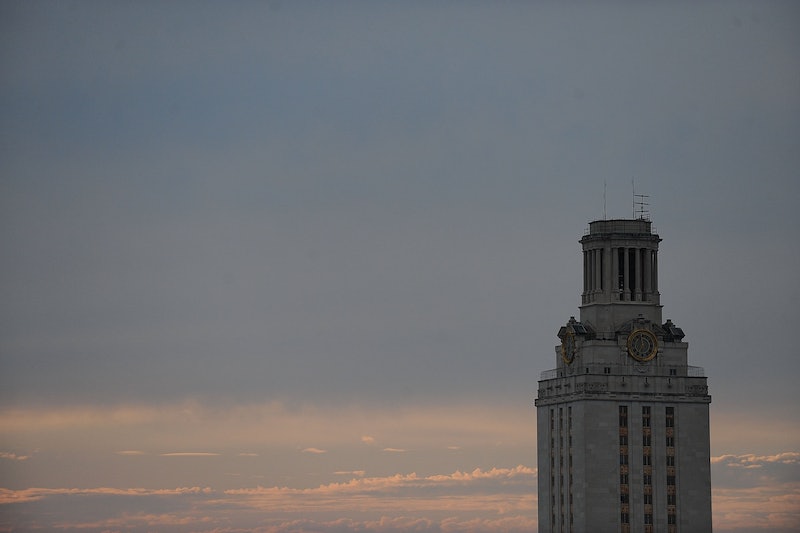 Signed by Texas Governor Greg Abbott in June, Senate Bill 11 (aka the “campus carry law”) will allow concealed handguns into most buildings on college campuses. According to the Houston Chronicle, “The law also gives a certain amount of latitude to campus presidents, however, to designate so-called ‘gun-free zones.’” The law, which doesn’t apply to private schools, will go into effect on Texas campuses in next August. Community colleges will have to wait another year, until August of 2017, for campus carry to be allowed. Advocates of the law argue that concealed carry on college campuses will help students and employees defend themselves in the case of campus shootings, but others have argued that allowing concealed handguns at colleges and universities will only create more danger. Many UT students and faculty have protested the law, including an emeritus economics professor who announced that he was quitting last week, due to the “heightened risk” to which the campus carry law exposes the campus community.

Although Jin has received a lot of support since announcing the event — more than four thousand people have pledged to participate — she’s also received significant backlash, including threats of violence. She told the Houston Chronicle that she has had to contact the Austin Police Department and said,

Find out more about the #CocksNotGlocks campaign here.

More like this
How To Fight For Reproductive Rights, Based On How Much Time You Have
By Courtney Young
34 Quotes That'll Inspire You On Juneteenth & Beyond
By Syeda Khaula Saad and Siena Gagliano
5 Concrete Ways To Take Action Against The Rwanda Deportation Plan
By Rachel Mantock
17 Powerful Photos From March For Our Lives Protests Across The U.S.
By Michelle Toglia
Get Even More From Bustle — Sign Up For The Newsletter