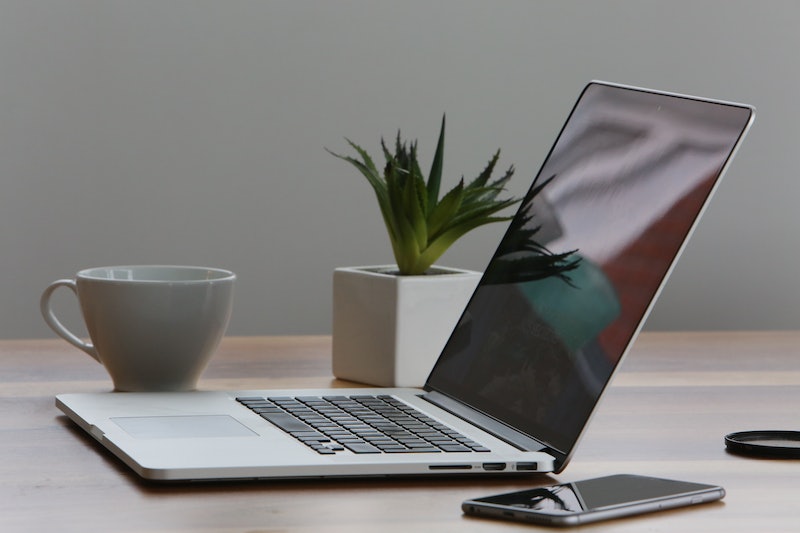 The Internet has given us a lot of wonderful things, including an infinite library of information on every academic subject imagineable, hilarious memes, Netflix (and chill), and Tumblr. But according to a new study by Russian software security group Kaspersky Lab, the Internet has also given us memory problems. Why must all good things be tinged with sadness? The world may never know. Maybe it's about balance. Or something.

We do know, however, that a study which included over 6,000 adults from all over Europe found that most people suffer from "digital amnesia." The researchers interviewed men and women between the ages of 16 and 55+ using an online survey in the UK, France, Germany, Italy, Spain, and the Benelux Union (which consists Belgium, the Netherlands, and Luxembourg), and the results are somewhat sobering. The found that most people don't retain information that they expect their phones to remember — like, for example, phone numbers. Furthermore, about 36 percent of people look up information on the Internet before trying to remember it themselves, and about 25 percent of people forget a fact they looked up on the Internet once they've already used it. The Daily Dot also referenced something called the "Google Effect," which causes us to remember where we found information but not necessarily what that information was. What good is the bibliography if it doesn't produce a paper?

In addition to forgetting information like phone numbers, dates, and facts, researchers are finding that Instagram could be causing people to forget details in an image they snapped when asked to describe it from memory. However, there didn't seem to be as much memory loss related to images they didn't actually photograph on their phones, so at least there's that.

Of course, its important to understand that a sample of 6,000 adults from one part of the world does not necessarily speak for the rest of the world; indeed, research that contradicts this latest study's findings has been published previously. A few years ago, a UCLA study found that doing basic web searches may actually enhance brain function; another, in 2014 found that Facebook and other networking sites may improve cognitive abilities in old age. It's true that I may not remember my brother's cell number without consulting my iPhone, but I will remember an status a friend posts on Facebook if it compels me, or an article I read on the Internet if brings out a certain emotion. Memory formation partially occurs when we care about something enough that we are able to make a connection with it or use it to make a connection with someone else we understand, and the internet isn't necessarily shifting that.

It's also important to note that before smartphones, we had address books to keep track of numbers we would otherwise forget. Before Instagram, we had film cameras used to immortalize images, people, and places. Before Twitter, we kept journals so we didn't forget a day or a moment. Documentation for memory preservation or aid isn't a new thing; it just happens to happen on a screen now.

And of course, there are a lot of ways to keep your memory sharp. There's some debate about whether "brain training" or "memory training" programs like Lumosity are actually effective (for what it's worth, the research points to "no") — but there are a wide variety of other simple lifestyle changes you can make to prevent yourself from fallng prey to this Internet memory drain. Incorporating more aerobic exercise, getting more sleep, turning screens off at least an hour before bed, and taking supplements like Omega-3 might all help, so they're worth a shot.