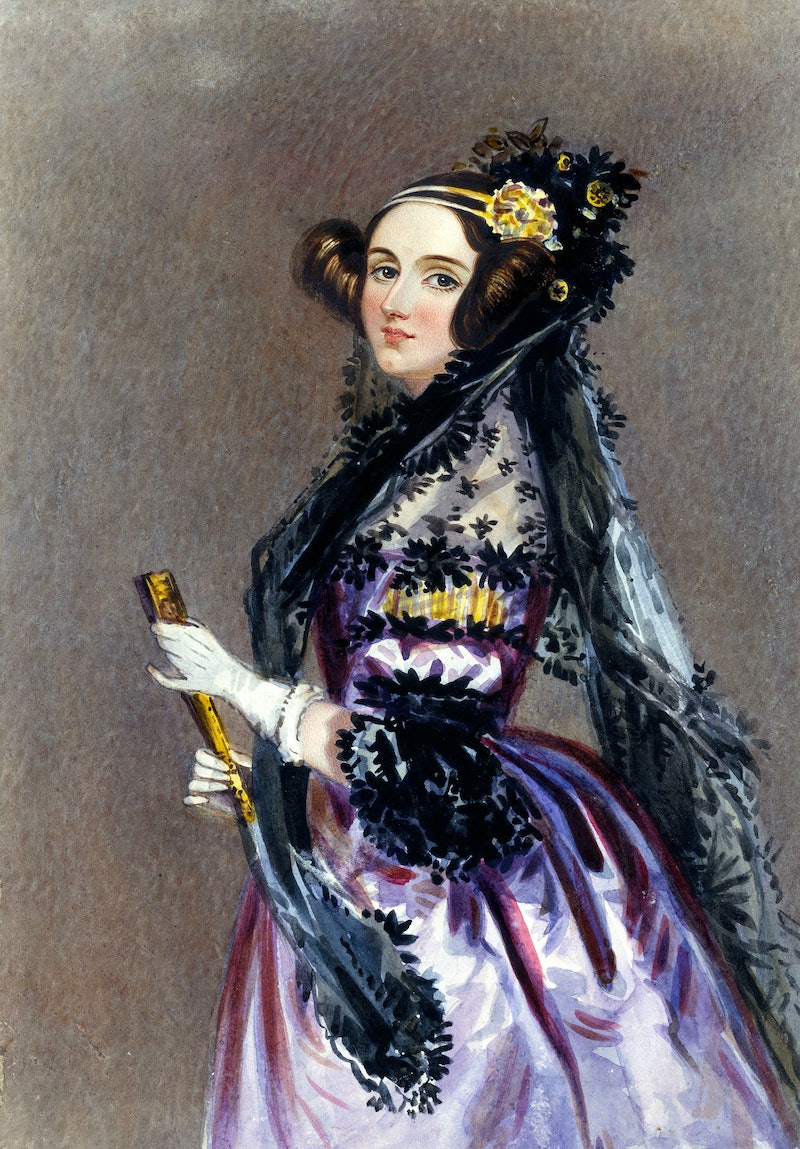 It's Ada Lovelace Day, aka the holiday set aside to recognize the achievements of women in STEM fields, aka my favorite day of the year. What better way to celebrate than with Ada Lovelace's most feminist quotes? If you're reading this on a computer — the alternative being telepathy, I suppose — you have the Victorian mathematician to thank for the opportunity. Although Lovelace died in relative obscurity at the tragically young age of 36, the English countess is widely considered to be the world's first computer programmer.

In fact, much of her work was so far ahead of its time as to be unusable until technology caught up; her notes on Charles Babbage's analytical engine eventually became the world's first instance of computer programming. At the time, computers were primarily thought of as calculation machines, but Lovelace foresaw the ability to code for pretty much anything: Music, art, and much, much more. Unfortunately, her gender and early death meant that the world didn't come to appreciate her work until almost a century later.

What many history books leave out, however, is that Lovelace wasn't just a technological pioneer — she was a badass lady who didn't have time for sexist Victorian BS. The "Enchantress of Numbers" gambled, cursed, and generally couldn't care less about what anyone thought of her "unladylike" pursuits. With that in mind, let's take a look at her 6 most feminist quotes.

1. "The more I study, the more insatiable do I feel my genius for it to be."

2. "I don't wish to be without my brains, tho' they doubtless interfere with a blind faith which would be very comfortable."

3. "That brain of mine is something more than merely mortal; as time will show."

4. "I believe myself to possess a most singular combination of qualities exactly fitted to make me pre-eminently a discoverer of the hidden realities of nature."

5. "[Debugging] is damnably troublesome work, and plagues me."

6. "I never am really satisfied that I understand anything; because, understand it well as I may, my comprehension can only be an infinitesimal fraction of all I want to understand about the many connections and relations which occur to me."

There's no doubt that this was a woman who knew her own worth. Happy Ada Lovelace Day!