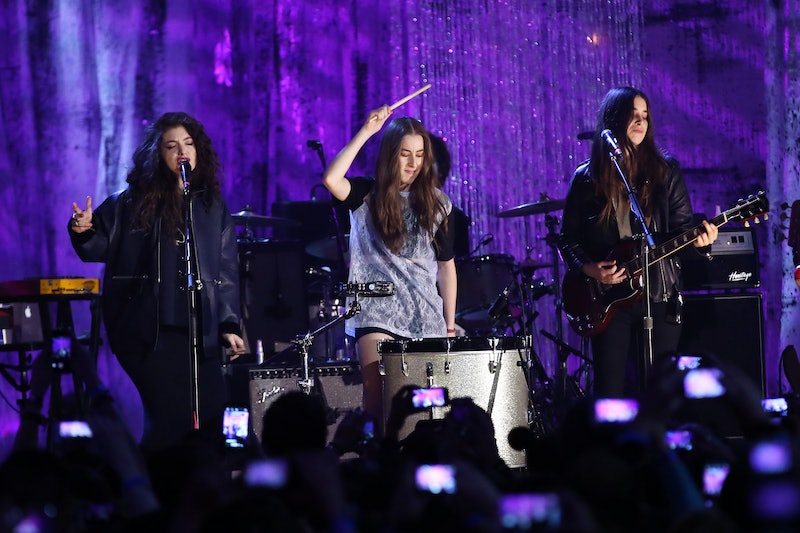 When Beyonce released her self-titled album in the final weeks of 2013, it wasn't just an album. It was an event, and the various pro-women websites treated it as such. We talked about whether or not Beyonce is a feminist, and took the opportunity to discuss how women of color are often pushed out of mainstream feminism. It was a discussion that needed to be had, but it didn't answer the question: is the album good?

The answer, of course, is yes. Watching Beyonce's album, it's almost overwhelming, seeing her exercise such an exacting artistic vision. Of course, it's impossible that she was behind every creative decision in this massive work, but it's clear that she's running the show, and she knows how to find people with interesting ideas. While it's good to talk about the kind of ideas she presents in this album, it's also important to take her on her merits as an artist and discuss her music, because her contribution to music in 2013 is undeniable.

Many will say that 2013 was the year for women in pop music, and that's certainly true. Lady Gaga, Katy Perry, Miley Cyrus, Britney Spears, and of course Beyonce had the most talked-about album releases of the year. We also had newcomers like HAIM and Lorde come from behind and shock everyone with pop albums that had a few twists on the tried-and-true formula.

But they weren't the only women with killer albums in 2013. From jazz to noise to electronic music, many of the best albums of 2013 were released by women. Here's just a few.

With Matana Roberts Coin Coin series of albums (of which she's promised 12), Roberts uses jazz not as an art form but as a tool: to tell stories, to examine history, to challenge societal norms. The resulting second album of this series uses opera, spoken word, and Robert's saxophone to tell the story of Robert's grandmother, a Southern woman who grew up poor through the Great Depression, WWII, and the Civil Rights era.

Laurel Halo is an artist who readily embraces the hard, cold tones of dance music. But Chance of Rain is a successful album because she also incorporates warmer, more delicate elements: namely, a jazz organ and her own voice. Her stop-and-start production and this eternal pull between yin and yang may make you nauseous at times, but it also gives the album much more depth than its slick dance music peers.

As a compilation of the ahead-of-the-trend, bassy electronic music producers on the Fade to Mind label, this is already a strong album. But Kelela's ethereal coo, as well as her ability to find the heart of these angular, minimal instrumentals makes it one of the best albums of the year.

Grouper, The Man Who Died in His Boat

Yes, Grouper albums sound consistently similar: cloudy washes of her voice and guitar, filtered and processed until they're vague, dreamy melodies that are by turns light and dark. But it's the concept behind this album that really crystallizes Grouper's sound: a time in her childhood when she and her father happened upon a boat that washed on shore after its owner disappeared. It's a sound of darkness and death, but also of a childlike innocence.

Julia Holter's high-concept, melodic music is often described as "chamber-pop." While it fittingly describes Holter's experimental-yet-accessible sound, this album is more cabaret than chamber hall. Holter's inspiration was the 1958 musical Gigi, about a naive Parisian girl who's being trained as a courtesan, and the narrator of the album is equally wide-eyed and curious. But she's also incredibly lonely. It's intimate, it's ethereal, and for a concept album, surprisingly relatable.

Circuit des Yeux often makes for heavy and somber listening, and Overdue is no exception. But it's incredibly emotionally powerful stuff, with each song continually building upon itself and Haley Fohr's dark, dramatic voice making you believe every single lyric.

This is what pop music of the future sounds like. Minimal, hip-hop-influenced icy synth instrumentals with a clear, piecing melody. It's a little weird, a little woozy, and a little dark, but incredibly listenable.

2013 will be hard to top, but we're optimistic that 2014 will bring even better music from some of the best female artists out there today.