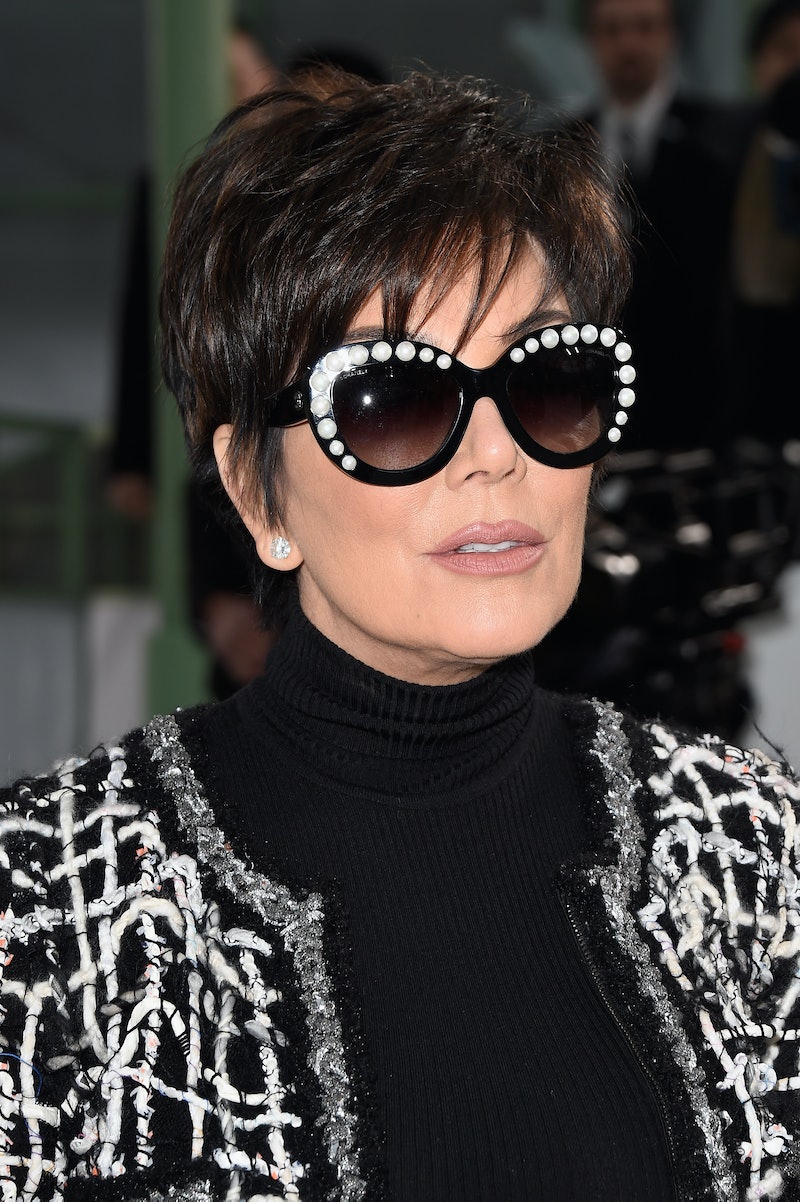 While everyone waits to hear news about Lamar Odom, who was rushed to a hospital in Las Vegas after he was found unconscious at a Nevada brothel on Tuesday, Kris Jenner has traveled to be with Odom and support Khloé Kardashian, who is said to be "completely inconsolable" and "heartbroken," a source claimed to E! News. Even though the 31-year-old reality TV star reportedly cut off all contact with her ex-husband this past summer, according to E!, she has always held firm that she still loves Odom, always will, and is worried about his health and safety. And Jenner's latest move proves she will drop everything to provide comfort and love for the people who are most important in her life.

Kardashian stuck by her NBA husband's side for years and didn't officially divorce him until July 21, 2015. In an interview with E! News, Kardashian acknowledged Odom needed to change, though she didn't make mention of his alleged drug use. (In 2013, Odom denied having drug problem in a TMZ video, but two months later a video surfaced of him rapping about doing drugs.) Of course, no one is prepared to get a phone call about the person they love from someone telling them he is in critical condition after being found at a brothel, which is definitely too much for one person to handle by herself.

According to a statement from Odom's rep, Eve Sarkisyan, released to Us Weekly, "Family and friends are extremely concerned for Lamar. Please don't listen to the false information being circulated unofficially. Please respect the family's privacy during this difficult time." Bustle has reached out to Sarkisyan's office for further comment, but has not yet heard back.

Jenner can always be counted on to support her children. The 59-year-old family matriarch was spotted outside of Sunrise Hospital at 5:30 a.m. on Wednesday, and a picture obtained by E! News shows her dressed in head-to-toe black, wearing sunglasses, obviously looking worried.

It's unclear whether she and her daughter took a flight from Los Angeles together or if she arrived later (Kardashian reportedly rushed to get to the hospital as soon as she heard about the incident and was there that same day), but it's nice to know her daughter will not have to go through this difficult, sad, and frightening time alone.

Kardashian and Odom got married in 2009 and usually seemed happy and in love. But his issues were reportedly to blame for their split, at least according to Kardashian, who came right out and told E! News in April 2015: "There's nothing I can do. Lamar has to do things in order to change in that aspect, but yeah, if I had my way I'd be married to Lamar in two seconds."

This isn't the first time Jenner has showed her support for the former couple. When the 35-year-old former Lakers star mourned the death of his best friend Jamie Sangouthai, who died of a skin infection and IV drug abuse this past summer, Jenner and Kardashian called him after hearing about the incident and offered to help, according to Radar Online.

No matter what the outcome of Odom's situation, it's comforting to think Kardashian has the full support of her mother during this time.