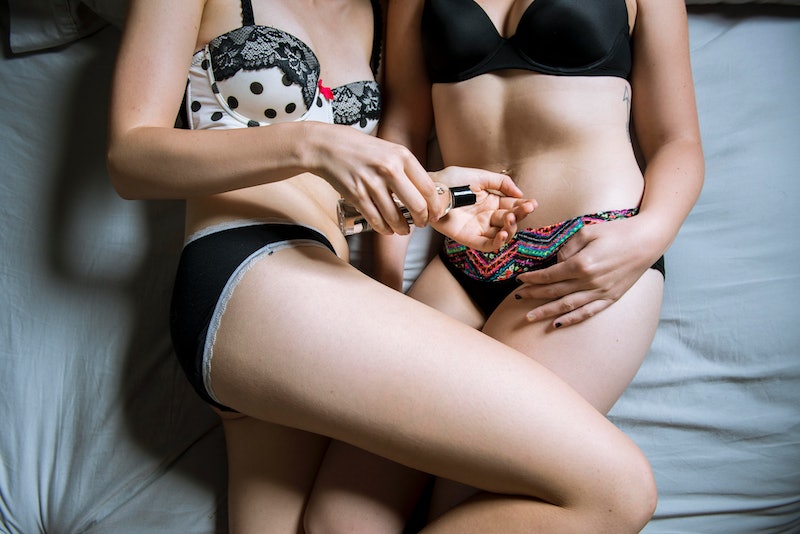 Aside from getting wasted and managing to still get to class by 9 a.m., college students also really thrive in the libido category. For many students, college is the first time they’ve left mom and dad’s, and with no curfews and dorm rooms galore, having sex has never been easier for them. Since that’s the case, OkCupid took a page from U.S. News & World Report’s annual report of Best Colleges and decided to compile their own Best College list that focused on sex, attractiveness, and of course partying. Basically, OkCupid wants you to know which colleges are the best for hooking up in case you’d like to transfer to someplace better next semester.

Although OkCupid’s primary focus was on the "fun" parts of going to college, they did include some other stuff, too. For example, Princeton is the top school both on their list and in U.S. News & World Report’s annual report of Best Colleges, so there’s that. Princeton students also have the most intellectual profiles on the dating site and, because I know you were wondering, 2.1 percent of students at Cornell think the Earth is bigger than the sun.

So, if the school you’re going to at the moment doesn’t seem to have the collective sex drive you had hoped for, then pay attention to this list and think about transferring. But, considering these heavy-hitters, you may have to bring your grades way up first. Here are the 10 top schools with the highest sex drives.

Coming in at #10 is Cornell. Cornell resides in Ithaca, New York, and from what I hear, it’s just lovely up there. According to OkCupid’s findings, they could use some more LGBT love — the students are 84.7 percent are straight.

If you’re a straight woman, then going to CalTech just might be a good thing. With a female to male ratio of 23.1 percent to 76.9 percent, it’s pretty much like the entire campus is your oyster. At CalTech, they drink and smoke weed 50 percent less than average, and apparently there’s at least one virgin on campus.

Not only do students at Washington University in St. Louis find themselves in the top 10 list for sex drives, but they also really score in the self-confidence department, too. Apparently 69 percent of the students there have self-confidence that is far higher than average, making them probably one of the cockiest (pun!) schools out there.

Despite their spot on this list, Princeton has the highest amount of virgins, according to OkCupid’s research. How high? Well, 36 percent high. Although, it should be noted, that just because you still have your V-card doesn’t mean you can’t have a sex drive.

At #6, we have Stanford. Funny thing about Stanford students: They don't seem to be satisfying their desires. As the study found, Stanford kids claim to have sex drives that are higher than average, but the reality is that they want sex less than the average student. Interesting how that works out.

While their sex drive average put them at #5 on the list, when it comes to love and sex, Columbia kids prefer love. Students here also receive less replies to the messages they send on OkCupid than the average student; 12.3 percent less to be exact.

University of Chicago is great for lots of things, but where they really take the cake is when it comes to partying and sex. Of those surveyed, 64 percent of students are totally cool with having sex on the first date.

If you thought the University of Chicago’s percentage of students who will have sex on a first date was awesome, then allow me to introduce you to the students of Brown. With 72 percent of students interested in having sex on the first date, there’s a reason Brown is #2 on the list of top sex drives.

In addition to these glorious facts, Yalies also like to drink, smoke weed, and 62.5 percent of them crave big, crazy parties, making this pretty much the best school in the country. But study up! The average SAT score at Yale is 2265.