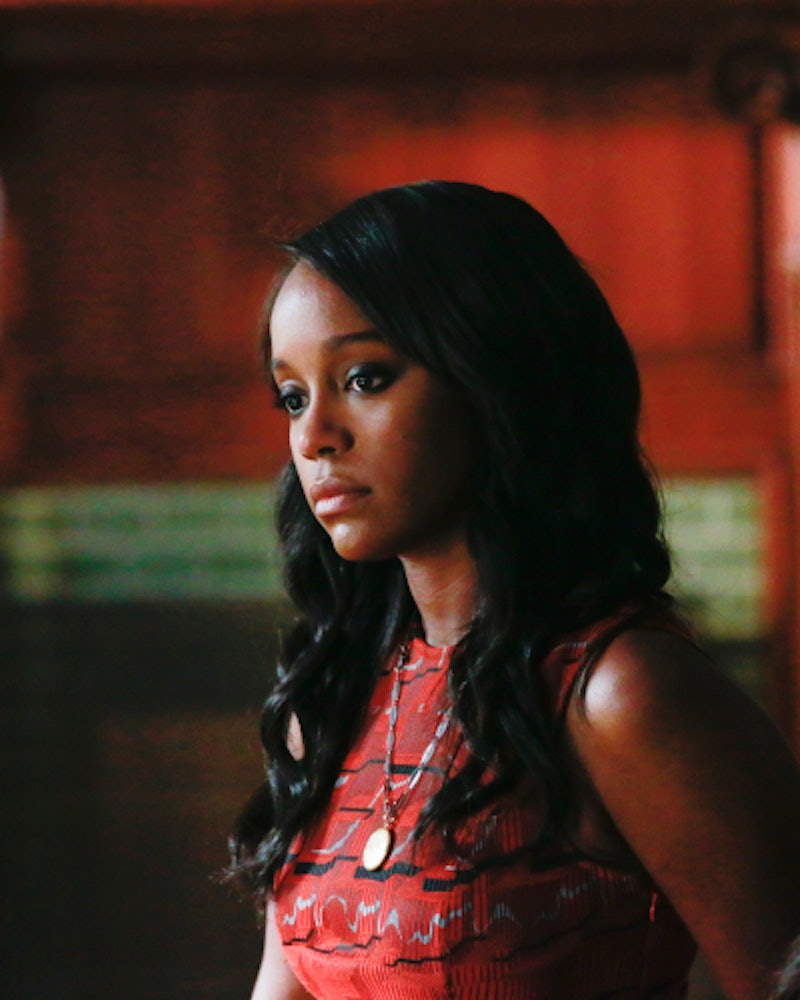 A lot went down on How to Get Away with Murder, and none of it really made sense. I think that's a good thing — we'll see if I'm still standing at the end of the season. While this is a show about murder, there is a touch of love involved. And color me romantic, but I think Caleb and Michaela are into each other on HTGAWM . A quick refresher: Caleb is the non-incest sibling who might have killed his parents (but non-incest... yay!), and Michaela is a staple to the Keating 5. Duh.

So, Michaela was given the special task of prepping Sibling Hapstall for the stand, while the other students worked a case with Annalise. It became clear pretty quickly that Michaela had a connection with Caleb, even though he confessed to sleeping with his sister. (Don't worry, he didn't actually.) It also became clear that Caleb is hiding something bigger than family incest and murder — but we'll get to that in the last five minutes of the season finale, probably.

In the flash forward where Michaela and the rest of the students (plus Nate, minus Asher) are making a getaway from the mansion where Annalise was left to die, it is revealed that Michaela goes and meets up with Caleb, while everyone waits outside. The students worry that she'll "mess" something up. I don't know what she could mess up, but it makes me think that when Caleb asked "how is she," and Michaela says "good," they weren't talking about Annalise.

The person missing in this equation is Catherine, Caleb's sister. Don't know where she is, what she's doing, or why she's doing it. And obviously, that makes me think she's dead or something has happened to her. Why would Caleb be waiting around in an apartment to ask how "she" is doing, sans sister? They're like super close. Something must have happened to her.

This also makes me wonder what the standing relationship is for Caleb and Michaela at the flash forward. Are they together? Because that would be pretty great. I saw the looks. The long stares. There's something going on between them, and we cannot ignore it.

Need a Season 1 refresher? Watch Bustle's drunk recap to catch you up!