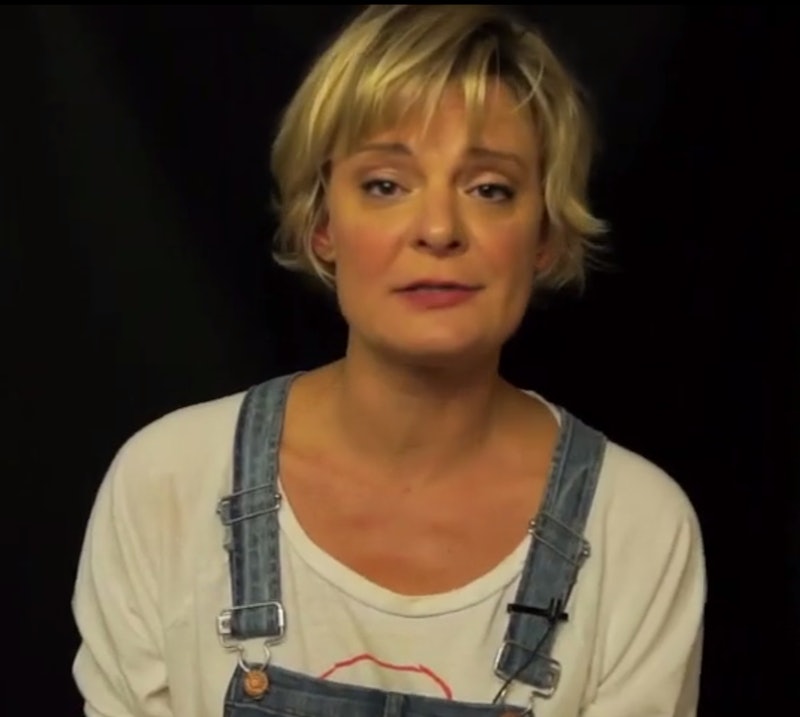 In September, writers Amelia Bonow and Lindy West launched the hashtag #ShoutYourAbortion, an online campaign aimed at destigmatizing abortion by encouraging women to share their abortion stories and thus disrupt the culture of shame and silence that often surrounds this (safe, common, legal) procedure. In a recent video by A is For, a non-profit aimed at protecting women’s reproductive rights, women read reactions to their #ShoutYourAbortion tweets. Unsurprisingly (given that this is the Internet), many of these reactions are angry, hateful, and violent; one of the originators of the #ShoutYourAbortion, Amelia Bonow, was even driven from her home after receiving death threats in response to her #ShoutYourAbortion tweet. In the video, Bonow, along with Martha Plimpton, Lindy West, Ijeoma Oluo, Margaret Cho, and Kirsten West Savali, deflate the vitriol of their internet haters through humor, showing just how irrational, ignorant, and silly — not to mention misogynistic and racist — many of these comments are.

The reactions that the women read in the video run the gamut from shaming (“[Y]our career is shit. And you’re fat. And old.”) to ridiculous (“If you understood physiology, you'd know that the interior of uterus is external to woman's body. Like inside of mouth.” [sic]) to threatening (“you’re a bunch of cells. We should terminate you next, right?” [sic]). Some, er, "gems" include:

One Twitter use kept it short and to the point to actress Martha Plimpton:

Another commenter suggested that maybe women just shouldn’t “loan out” their bodies (because we’re essentially like cars, right?):

Writer Ijeoma Oluo comments, “This Twitter handle is ‘ThomasJefferson.’ And I do love Thomas Jefferson coming to tell a black woman that he owns her body because he had sex with her.”

Her responding facial expression is priceless:

More like this
25 Inspiring Quotes From Black Women To Celebrate Black History Month
By Kyli Rodriguez-Cayro and JR Thorpe
Ashamed Of Your Screen Time Stats? Here's How To Change That
By Alexis Morillo
Learning To Love, Not Judge, The Lunchbox Wives Of TikTok
By Esther Zuckerman
How To Turn Off TikTok Profile Views So You Can Stalk Other Accounts In Secret
By Alexis Morillo
Get Even More From Bustle — Sign Up For The Newsletter
From hair trends to relationship advice, our daily newsletter has everything you need to sound like a person who’s on TikTok, even if you aren’t.