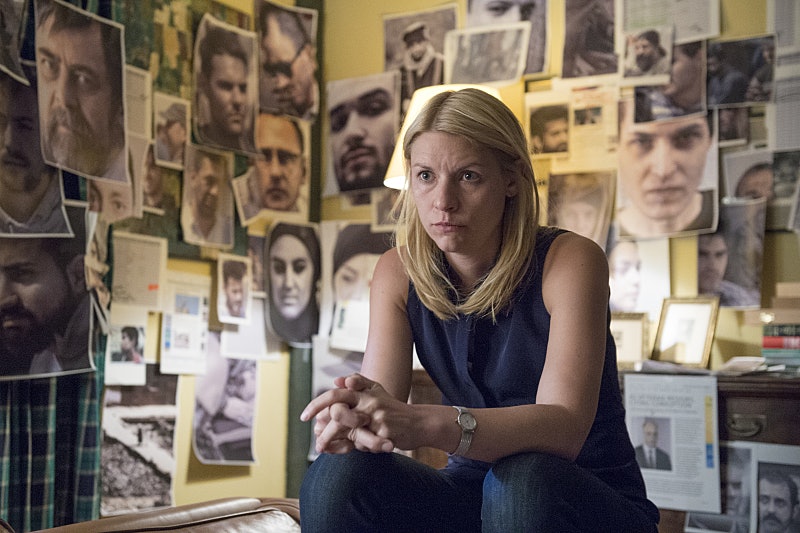 After nine months of sobriety and stability, Carrie went off her meds on Homeland during Sunday night's episode, scaring her boyfriend in the process. Despite all of the bad effects that come with Carrie stopping her medication for her bipolar disorder, she made this decision for a very specific reason. Carrie believes she can better uncover major mysteries when not on the medication, so she stopped it in an effort to figure out who is trying to kill her. Unfortunately, she didn't achieve the result she was looking for, but did realize in the nick of time that her and Jonas' location was compromised. She also decided that she has to atone for all the bloodshed she has caused over the years, however right now, that is not as pressing as the very important question of who is trying to kill her.

Carrie did tell Jonas from the start that going off her meds would make her more unstable than he's used to. She warned him that she would get erratic, unintelligible, dark, angry, and mean, and even said that he may not like her anymore after seeing her in that state. Though Jonas responded simply by telling Carrie that he loves her, in the end he was unable to deal with what she has done in her career, as well as seeing her unmedicated.

Jonas ran off to go find his son who had been abducted by Quinn in order to determine his and Carrie's hidden location, since Quinn was tasked with killing Carrie. Eventually, Quinn found Carrie's secret location, and sedated her after she shot him. At this point, Carrie has no idea that Quinn is the one sent after her.

It's pretty obvious that Quinn won't kill Carrie, so the plan now will likely be that they work together to figure out who in the CIA wants her dead. But will Carrie continue to stay off her meds as she unravels that mystery? My guess is that she will want to do precisely that, even though she has already gone into an emotional tailspin and begun drinking again, downing an entire bottle of vodka.

Where will Carrie go from there? We know she's already feeling a lot of remorse for how many lives she destroyed while working with the CIA. When she discovers that the organization now wants to kill her, I can't imagine how she will react. Despite everything Carrie has done for them, every life lost, and every relationship ruined, now the CIA can't even trust her enough to let her keep her life.