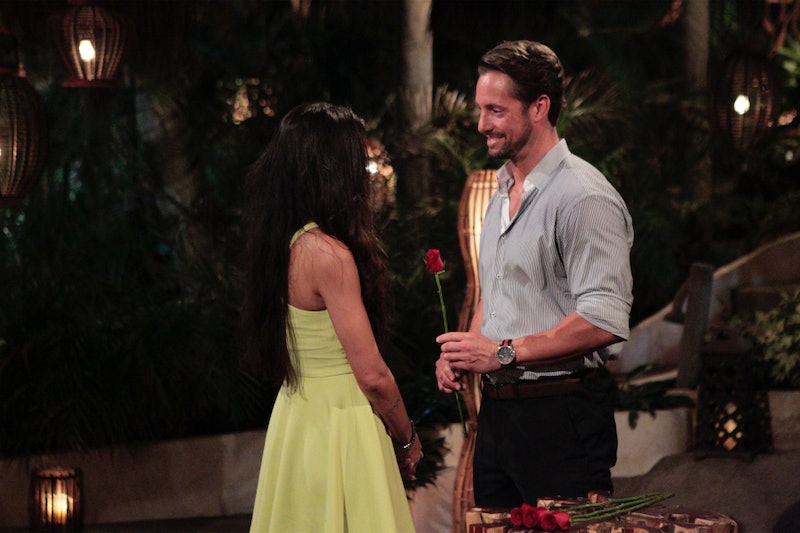 Another one bites the dust. Shocker. Bachelor in Paradise couple Samantha and Nick broke up, so it's a sad day for those of us who just want all couples to be as happy as Tristan and Ryan. But alas, we can't always have nice things. Their relationship was shocking to begin with. Not only was it kind of surprising that Sam and Nick got together on Bachelor in Paradise , but it was even more surprising that they remained together post-filming. Because no one ever remains together post-filming! It's basically science.

Well, they're not together anymore. The couple announced their break-up on Instagram, like a real 2015 couple does. Although it is sad that they aren't together romantically, the caption that Nick posted the photo with will make any cold-hearted soul feel things about love, friendship, reality TV, and respect.

Rumor mill has it right this time. Samantha and I have decided the distance is too tough at this time. She's an amazing girl and I'm so thankful for the experience and time we had together! We'll absolutely remain friends and I wish her all the best with all that she has going on!#BachelorInParadise #BrokenSpell

The end of Sam — a fashion CEO from California — and Nick — a personal trainer from Florida — leaves Jade and Tanner as the only standing couple from Bachelor in Paradise Season 2. I can't really blame a couple from California and Florida for breaking up. That's some major distance. I appreciate that they gave it a go. I've invested so much of my heart into this franchise, and the lack of hustle some people give it to make their relationships work is, frankly, insulting. OK, maybe that's dramatic, but then again, is it?

I respect Sam and Nick for remaining friends post-relationship. It seems like they ended things on a good note, and are both being adults about it. Though I would have enjoyed some shade-throwing Instagram posts from both parties, a joint sad face Instagram post is the "grown-up" thing to do, I guess.