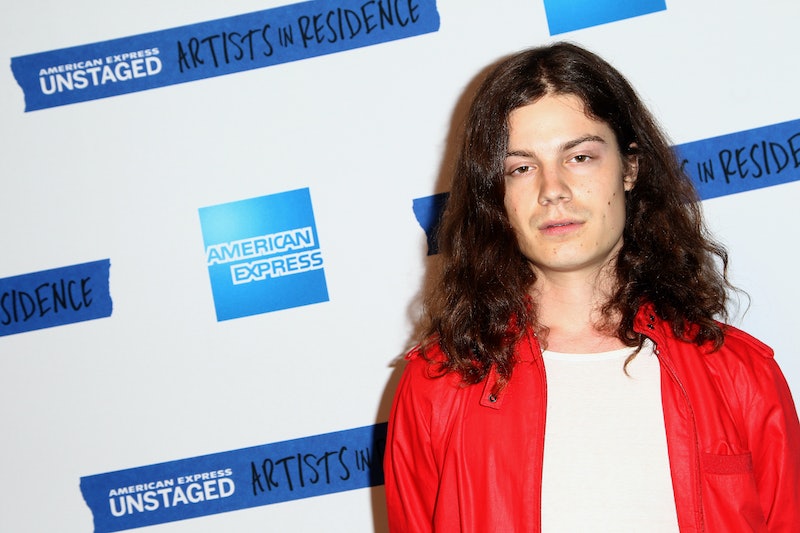 Every fall, we're blessed with new releases from our favorite artists, and this fall is no different. While we've been excited over new music from Justin Bieber, Carrie Underwood, and others, it's time to welcome some newbies to the charts. Before BØRNS debuted Dopamine , I was first introduced to the 23 year old Michigan raised singer/songwriter Garrett Borns nearly a year ago, when a friend of mine recommended his debut EP "Candy," using the words "magical" and "addictive" to describe his infectious, dream-like sound. At the time, one of his first singles, "Electric Love," had around two million plays on Spotify, and now has over 25 million. Not only have his Spotify plays increased immesnly, but his fan base and reach are growing as well, which isn't hard to believe.

I quickly joined, becoming infatuated with finding out more about him, and was surprised to learn that he lived in a treehouse for a period of his life, and currently lives with fellow indie pop musician, Zella Day, in Los Angeles. With his Harry Styles-like look and demanour, sultry vocals, and charming personality, this Interscope Records signed artist has managed to make his way around hundreds of stages across the world in the past year, big and small. This year alone, he has performed on Conan, Late Night With Seth Meyers, and The Tonight Show With Jimmy Fallon.

Other than (literally) gracing some of TV's major late night talk show stages, BØRNS has made his way across many other stages this year. Other than his current headlining tour, the curly haired crooner toured with indie favorites MisterWives, followed by Charli XCX and Bleachers on the "Charli and Jack Do America" tour. If that wasn't enough, he also took to the Lollapalooza and Austin City Limits stages this summer and fall.

Now that you know just how amazing Garrett Borns is, it's time for you to dive into his debut album Dopamine. While all 11 songs are masterpieces of their own, there are definitely a few standouts. Searching long and hard for which tracks you should listen to in order to give you a better understanding of BØRNS sound? Well, you're in luck. Below are some songs of of Dopamine that stand above the rest.

You know a song is amazing when it sounds just as breathtaking acoustically as it does in its original form. This song is charmed and wistful, from its lyrics to its instrumental. It's just the right amount of catchy, and transcends the boundaries of a rainy or sunny day song.

Serving as the name of the album, this song definitely does it justice. It has an old school groove to it that makes you feel like you're in the elevator of a swanky hotel downtown, or a chill disco, but better.

One of the more upbeat songs on the album, it closes it out on a dance-y note that is much appreciated. If this song doesn't make you want to dance, I'm unsure of what will.

By far the most popular and most recognizable song by BØRNS, this track is one of the staples of Dopamine. It is a next level, psychedelic love ballad that is sweeter than honey, but not sweet enough to make you sick. Every song needs balance, right?

I hope that I've convinced you to give BØRNS a chance. This singer/songwriter not only has major pipes, but he's basically dripping talent (and loads of glitter). Listen to his debut album Dopamine today, and keep a look out for him on the charts. It won't long before everyone knows his name, and then you can say that you heard him here first.

More like this
Selena Gomez Reacts To TikTok Users Who Say She Shaded Hailey Bieber
By Grace Wehniainen
Joe Alwyn Reacts To Taylor Swift Earning An NYU Doctorate In A Rare Interview
By Jake Viswanath and Nicole Pomarico
Harry Styles Addresses The Theory That His New Song "Daylight" Is About Taylor Swift
By Jake Viswanath
The Very Best Quotes From Dr. Taylor Swift’s NYU Graduation Speech
By Grace Wehniainen
Get Even More From Bustle — Sign Up For The Newsletter