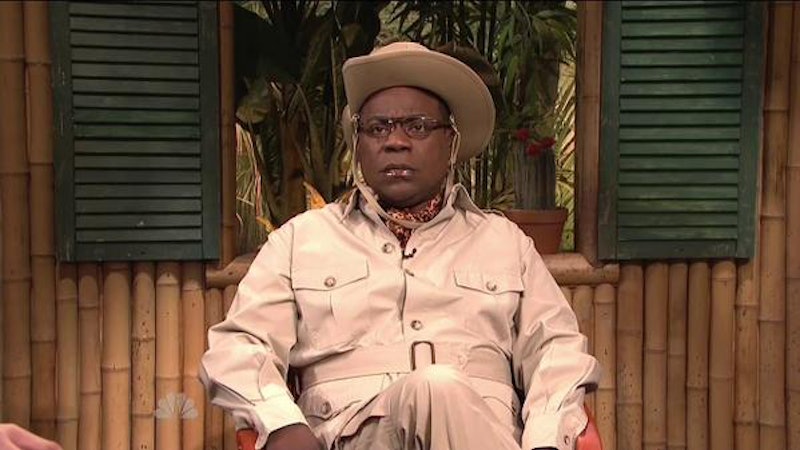 One of the best things about getting a returning cast member like Tracy Morgan to host Saturday Night Live is that they already have a stable of time-tested recurring characters to bring back with them. So, which did he break out first for his big SNL comeback? Was it Astronaut Jones? Dominican Lou? Nope, it was everybody's favorite animal enthusiast: Brian Fellow!

That pleased me greatly: Brian Fellow was one of my favorite characters when Morgan was on the show. Sure, the premise never changed: A bunch of animal experts would parade exotic species in front of Fellow, who was enthusiastic about animals but didn't really know anything about them. Eventually, he'd misunderstand what an expert told him in a away that would haunt him for the rest of the sketch.

This time, it was pretty much exactly the same. They did have a real, live camel on stage — I wonder if it was borrowed from the Radio City Music Hall Christmas Show — but otherwise the sketch proceeded as expected. But that's OK: It's like sketch-comedy comfort food. Sometimes, you just want things to go the way you remember them.

This goes double for Tracy Morgan, who could've been forever altered by his recent car accident. Much of the episode was about his return to comedy, and whether or not he'd be permanently changed by his accident. In his monologue, he made jokes about how he's as crazy as he's ever been (no more, no less).

But, the Brian Fellow sketch really walked the walk — it showed that he really is the same Morgan we all loved when he was first on SNL, and that's exactly what we all needed.